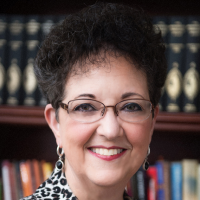 I'm a USA Today Bestselling and award-winning author, minister’s wife, and former missionary with a passion for spy thrillers and private investigator mysteries. I began writing Titus Ray Thrillers and Mylas Grey Mysteries when my husband became an emeritus pastor. I write from an undisclosed location, trying to avoid the torture of mundane housework, grocery shopping, and golf stories. Occasionally, I come out of hiding to spend time with my two grandsons or to enjoy a Starbucks caramel macchiato.

Luana Ehrlich has earned excellence awards over time. Here is the glimpse of the accolades clinched by the author. 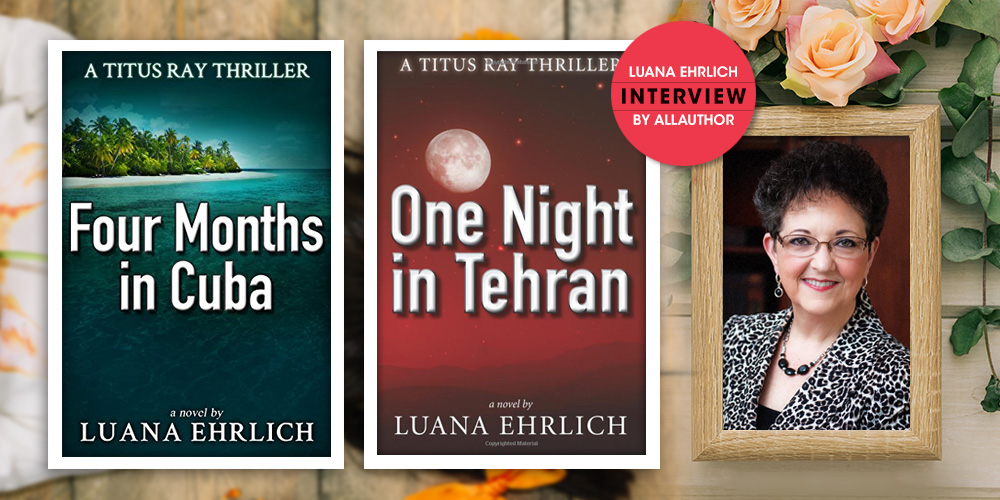 "Author Luana Ehrlich lived in a small town in Missouri till 7th grade, moving to the suburbs of Chicago during junior high. Her favorite haunt was the city library where she was always reading books. As a child, she was sure she would be an English or History teacher and sometimes dreamed of being an author with the pen name Pam Black. Luana writes for the sheer joy of it and hopes her readers will be spiritually compelled by her writing. Besides God, her husband and daughter have played the biggest role of support in her life. Most of her free time is spent reading, gardening, and watching the Dallas Cowboys play football. An old adage she lives by is: “God is most glorified in us when we are most satisfied in Him.” –taken from Desiring God by John Piper."
Tell us a little about your childhood and your hometown. What were some of your favourite haunts to visit when you would play as a kid?

Until I was in the seventh grade, I lived in a small town in Missouri, and when I entered junior high, my family moved to a suburb of Chicago. Although several aspects of my life changed when we moved to the big city, what I enjoyed doing—spending as much time as possible at the library—didn’t change. I had probably read every book inside the small-town library, so I was especially delighted when I stepped inside the big city library and saw stacks and stacks of books.

When you were a child, what kind of career did you envision yourself having? When did you realise you wanted to be a writer?

When I was growing up, I felt sure I would be a teacher, and I imagined I would teach English or History. Occasionally, I’d dream of becoming an author, but in those fantasies, I always used the penname Pam Black. (When I actually became an author, I named one of my characters Pam Black.) Although I worked as a freelance writer for many years, it wasn’t until after I’d finished my first novel, that I realized I always wanted to be a fiction writer.

Who is one suspense author that you think is very underrated?

Elleston Trevor, author of the Quiller novels, who wrote under the Adam Hall pseudonym, was always one of my favorite authors, but most fans of the mystery/suspense/thriller genre aren’t acquainted with him, so, in that sense, I’d considered him very underrated.

How do you think being a minister's wife goes hand in hand with you being a thriller/suspense author? What does your husband and congregation think of your writing?

Being a minister’s wife for several decades has given me a plethora of great characters I can use in my thrillers. My husband and I have lived all over the United States and in Latin America, and we’ve been in contact with hundreds of people who’ve shared the most interesting aspects of their lives with us. While I’ve never fashioned a character after a specific individual, most of the characters who appear in Titus Ray Thrillers are composites of people I’ve known. To answer your second question: Judging by the comments I received when my first book came out, I believe everyone in our congregation was shocked that I’d written a thriller, because for seventeen years, my reputation at the church had centered around the fact I was the pastor’s wife and taught a young adult Bible class.

Who was the character Titus Ray based on? Is there any special meaning tied to his name?

The character of Titus Ray is a composite of several people I’ve known, and the characters in other thrillers I’ve read. Because my dad allowed me to start reading his adult thriller novels when I was just eleven years old—thus creating my own passion for this genre—I decided to name my main character after him. His name is Ray Allan Pollock. I also wanted my main character to have a Biblical name, which led to my naming him Titus.

How do you usually go about doing the research and creating a backstory for a Titus Ray thriller? What were some interesting tidbits you learned when reading up on information for the book "One Night in Tehran"?

I’m continually doing research while I’m writing the series. Whenever I come across an interesting news story about our national security, spy agencies, etc. I save it on my computer, plus I am a news fanatic, so my imagination tends to run a bit wild whenever I hear of events happening around the world. I jot down plots for future books all the time. It was while listening to a news story one morning that I came up with the plot for the first book in the series—which I never imagined would lead to a whole series. I heard about the persecution of some Iranian Christians in Tehran and immediately wondered what would happen if a CIA covert operative had an encounter with a group of dedicated believers who urged him to make a commitment of faith. I asked myself how would such a man—a hardened veteran of the shadowy world of espionage—be able to continue to carry out his duties as a spy and also live out the tenets of Christianity at the same time.

Besides Titus, who is your favourite character across the Titus Ray series? What makes them so special to you?

Besides Titus, my favorite character in the series is Nikki Saxon, the female detective Titus meets in Norman, Oklahoma when he’s forced to take a year’s medical leave. She’s special to me because her personality reflects some hard- working cops I’ve known.

Is "Four Months in Cuba" the final book in the Titus Ray thriller series or can we expect more?

Four Months in Cuba is Book IV in the five-book series. Right now, I’m writing Five Years in Yemen, which will be the last book in the “numbers and places series” and will be published in Fall 2018. There’s also a prequel to One Night in Tehran, Book I which will be released in February 2018. The title of the prequel, One Step Back, will begin a new series of “Step” books, and I’m anticipating Two Steps Forward will be the second in that series, due for release in 2019.

Why do you want to write? What do you hope your readers will take away from your books?

I write for the sheer joy of creating something out of nothing. In writing fiction, I have the ability to make anything become a reality—at least on paper. Besides being entertained, I hope readers will feel compelled to examine their own lives, even as Titus was encouraged to examine his by the Iranian Christians, and by doing so, they will discover God’s plan for them.

How do you balance between suspense or action and religious elements in a book so that neither take away from the other? What is a common mistake many Christian fiction authors make that may deter people from reading their books?

I don’t try to balance those elements in any kind of conscious way. I tell the story, and as it unfolds—as in our own lives—faith, morality, a sense of conscience, and religious elements play a role. Because I write the character of Titus Ray in the first person, the reader is privy to Titus’ struggles as he tries to figure out what it means to follow the teachings of Christ. I can only speak from my own personal experience, but the reason I don’t read a lot of Christian fiction is that I find them too unrealistic. Living a life of faith isn’t easy, the answers aren’t always black and white, and people fail all the time. Such realism is sometimes missing in Christian fiction.

Who has played the biggest role in your life in helping you get to where you are now? Who is your biggest support system?

From a human standpoint, my husband and daughter have played the biggest role in my life, offering me support and encouragement every step of the way. However, as a child of God, I know He’s the one who’s ultimately directing my steps. Even though I know I surprised the members of my church by writing a murder/thriller and having a murder take place in a dark stairwell of the church in my first book, these wonderful people are some of my biggest fans and provide an incredible support system for me.

When you aren't writing goosebumps-inducing thrillers, what do you like to do with your free time?

Most of my free time is spent reading—probably no surprise there! I also enjoy gardening, and I’m a fanatic when it comes to watching the Dallas Cowboys play football.

What is an old adage that you stick by?

I live by this truth: “God is most glorified in us when we are most satisfied in Him.” –taken from Desiring God by John Piper.

Luana Ehrlich is a thinker and a doer. These are the quotes by famous personalities the author resonates with.

Reading gives us someplace to go when we have to stay where we are.
Mason CooleyBooks 157

The wisdom of God devised a way for the love of God to deliver sinners from the wrath of God while not compromising the righteousness of God.
John PiperChristianity 80

The essence of faith is being satisfied with all that God is for us in Jesus.
John PiperFaith 38

Have brimming questions to ask author Luana Ehrlich? Ask whatever you like, but keep it appropriate.
** Please note that unanswered questions will not appear on the page. Refrain from posting promotional messages.

The author, a good book and you! Contact Luana Ehrlich here.
** Please refrain from spamming and don’t bombard the author with promotional mails/messages. Your IP/Email address may be blocked if found doing so.