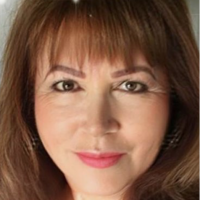 Sharon is the creator of the 'Kingdom of Durundal' series and credits her love of Scotland for the atmosphere and setting for the books. A life-long enthusiast of epic fantasy she loves the magic of Disney, the wit of Tyrion Lannister, and the courage of Katniss Everdeen 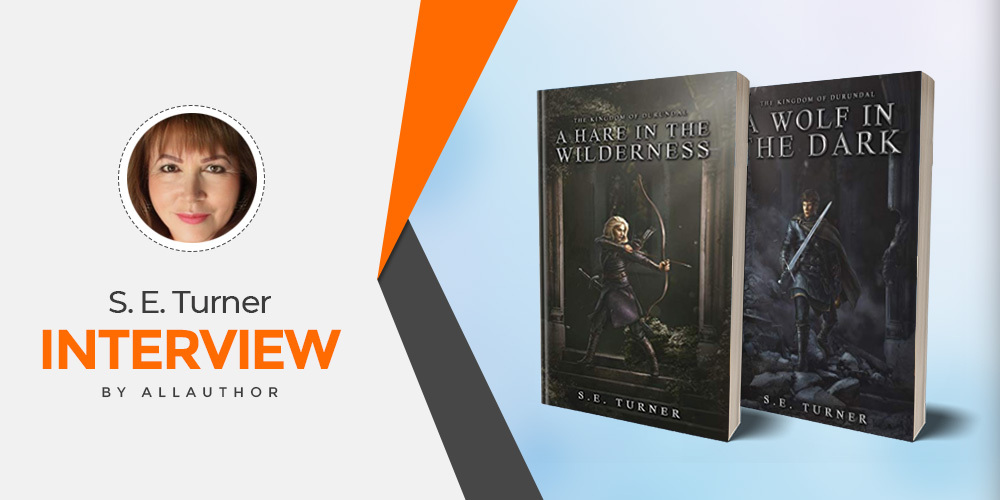 "It was always in S. E. Turner to be a writer. She read the Chronicles of Narnia when she was eight years old and thus a passion for fantasy was born. She has a fascination with anything ancient and tribal, how our ancestors lived and survived, how mankind has progressed and grown. She is currently working on Book five of the Kingdom of Durundal series. A life-long enthusiast of epic fantasy she loves the magic of Disney, the wit of Tyrion Lannister, and the courage of Katniss Everdeen."
Can you tell us about your childhood? When did you first start writing?

I think it was always in me to be a writer. My mother bought books for me from a very early age. I read the Chronicles of Narnia when I was eight years old and thus a passion for fantasy was born. When asked at the age of twenty one, as an art student, which book I would like to illustrate, I replied 'the Narnia series, closely followed by the Lord of the Rings.' Even then, the magic and love of good story telling had stayed with me. When I wrote A Hare in the Wilderness, I was still heavily influenced by those books; though by now I had read the Hunger Games and Outlander, I had watched The Vikings and Gladiator. All of these have had a massive influence on my writing, as well as the stoic figures such as Boudacia, Joan of Arc and Sacagawea.

Did you read any fantasy books while growing up? Who was your favorite author?

My father was an artist and illustrated many of the big Warner Brother posters that would grace the front of cinemas. Hence my fascination with the world of fiction and make-believe. My mother bought me every book on the planet (well it seemed that way at the time) - I read from a very early age - so the two combined gave me that fire to accomplish something of my own.

What inspired you to become a published writer? Do you remember the first book you read? Which was it?

As in the answer for question 1

How do you usually come up with character names? Who or what was the inspiration behind the character 'lives Segan Hezekiah' in your book "A Stag in the Shadows?"

I have a fascination with anything ancient and tribal, how our ancestors lived and survived, how mankind has progressed and grown. I sometimes yearn for a more peaceful and simple life. Everything now is fast paced, and I fear we have somehow lost sight of who we really are. Though wherever you go in history there is always someone who wants more and will go to any lengths to achieve it. Thus the Kingdom of Durundal was born.

A Hare in the Wilderness is a powerful story of overcoming, of strength, and of love that will not let go. How important do you consider these even in real and personal lives?

In A Hare in the Wilderness, Ajeya represents a child suppressed and victimised by those at court who is eventually cast out in to the wilderness for nothing more than a mysterious mark on her face. This symbolises the way some people react when they don’t understand something or fear something. Her survival and metamorphism into a warrior and leader is characterised by her totem - the hare. We all need something to believe in, we all need to hold on to our inner strength and courage to survive. We all have that ability, no matter what appears to be holding us back.

Of all the characters you've created, which one do you think is the most complex? Which character do you think you'd get along with the most?

Cornelius definitely - we first see a glimpse of him in A Hare in the Wilderness - the first few pages as a five year old boy, but he becomes a man and main character in A leopard in the Mist.

A Wolf in the Dark is a coming of an age fantasy book, that takes place in another world. How much did you research to write this book?

A lot of research has gone into my work, because my books do contain a lot of historical facts - ancient mythology, sword and sorcery, battles, apothecary (herbal medicines), spirituality, castle life, clan life. I think everyone has faced a battle or challenge of some description - so the themes are a metaphorical viewpoint of that perspective. I think there is always a little bit of the author in every character. To write successfully it has to come from the heart and make it believable, so most 'good' writers' will develop a character from a small ball of 'something' within themselves.

What are the skills that you learned as a writer while writing ‘A Leopard in the Mist’? What was the best review you got for this book?

I consider it to be my best - because I introduced Cornelius. The skills I learned were to make him interchangeable - so even when his personality changed to that of a monster - you still felt an emotion towards him. I achieved that reaction - because my favourite review is 'This is the best so far… any more please.'

What are the details about Ajeya’s character that you are personally fond of?

I do admire Ajeya from A Hare in the Wilderness. I admire her tenacity and determination. That even with a facial disfigurement, it does not hold her back. In fact it’s the opposite, she is more determined then ever to succeed and become the best person that she can possibly be. And that is one of the messages in my books; it doesn’t matter what life throws at you, or what challenge you face in a day or a year, or in your life - embrace it, learn from it and grow with added strength.

Which of the Kingdom of Durundal book heroes is your favorite and why? What inspired you to write this character?

Cornelius - he epitomises everything wrong in the human race - but he also has the capacity to change. That was my inspiration, that although I despair with ’some' people in the human race, I do believe everyone is capable of change.

How do you feel about the shift of readers from physical books to digital ones?

I embrace it. As long as people are reading, it doesn’t really matter in what form it is being read. The digital book also opens up the availability to more readers because it is more affordable.

According to you, how important is it to never let your imagination die?

Very important. Read lots of books, visit places of historical interest, look at exquisite works of art and embrace all types of music. Engage the senses, and lighten the soul - that keeps the imagination alive.

What are you currently working on? Which place in the world would you like to set your next story in?

Book five of the Kingdom of Durundal series. Its the final part, so it has to be the best.

What are you currently working on? What is it about?

A Moth in the Flames follows A Stag in the shadows - where Cornelius has to call the name of his daughter to save him. Book five begins at the POV from Sansara, a girl born from the womb of a witch and the soul of a man, whose purpose is to right the wrongs in a man's world.

Could you offer us some of your thoughts on AllAuthor and how it has benefited you? What are some things you think we could change to help it cater better to other authors?

I found All Author to be particularly beneficial to me, I like all the features available and have made use of them. I think this author question and answer medium is a valuable tool to connect the readers with the creators of their favourite works.

Have brimming questions to ask author S. E. Turner? Ask the author whatever you like, but keep in the appropriate zone.
** Please note, unanswered questions will not appear on the page and refrain from posting promotional messages.

The author, a good book and you. Contact S. E. Turner here.
** No Spamming: Spam is an irritant to regular users or the authors. Please note that bombarding promotional mails/messages is strictly prohibited. Your IP address may be blocked if found doing so.