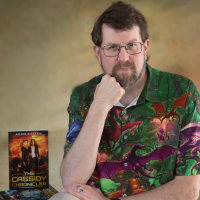 Adam Gaffen has earned excellence awards over time. Here is the glimpse of the accolades clinched by the author. 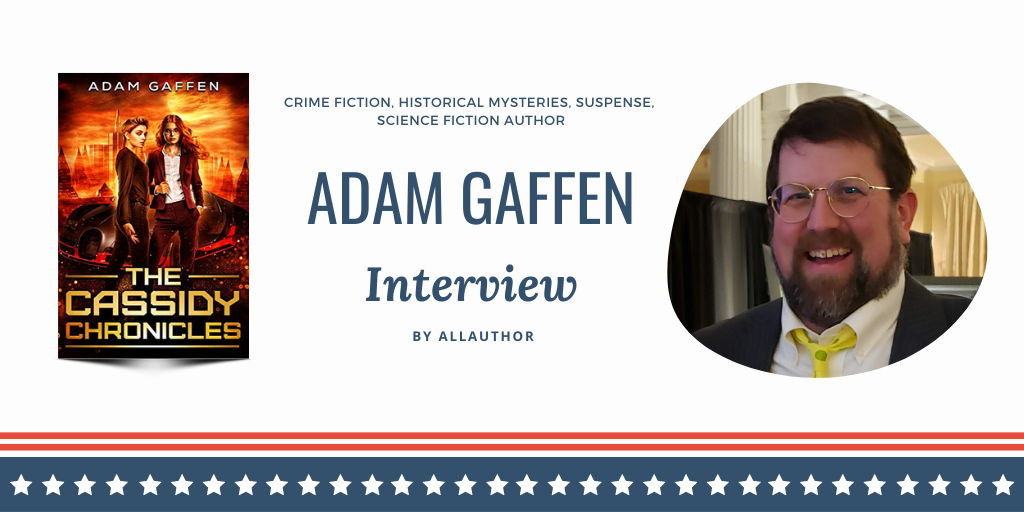 "Head Coach at Crossroads Business Coaching, Adam Gaffen was born in Caribou, Maine. He is an expert at crafting immersive sci-fi books for people of all ages to enjoy. Adam's books have a perfect time setting, a technology that smartly fits in. His favorite part of the publishing journey is interacting with the people who read his books."
Where were you born, and what was your childhood like?

I was born in Caribou, Maine, way up near the northern tip of the state. My parents were working as teachers in Van Buren, which was even further north. How small was Van Buren? So small that when they wanted to get pizza they drove into Canada; the better pizza joint was there. I didn’t grow up in Maine, though, I grew up on the South Shore in Massachusetts. My childhood was pretty typical for the 70s and 80s, at least until I entered high school. I went to a prep school (boarding school), instead of the local public school, and that pretty well ruined me for college as the education I received there was far beyond anything I received in college.

Were your parents ever skeptical of your dreams of writing for a living? Who has been your greatest supporter?

MY parents have always been passively supportive (‘We don’t care what you do as long as you’re happy’). It’s taken me a while to get here, and I’d say that my biggest supporter has been my wife, Michaela. She’s always there for me, offering ideas, boosting spirits, and generally being amazing.

I’d say that my biggest supporter has been my wife, Michaela. She’s always there for me, offering ideas, boosting spirits, and generally being amazing.

What developed your interest in historical mystery?

I always loved Sherlock Holmes; it’s no surprise that I tried my hand at writing a Holmes pastiche. There is a knack, an art, to replicating another writer’s style. It’s not enough to use the same words. You have to get the rhythm down, the patterns. I like to think that I’ve done that with my two Holmes tales.

I’m not entirely sure. I do know that my most visceral ‘NO!’ reactions while reading come when I read about animals being hurt or killed. Heinlein said it best in Friday: I’m not a vegetarian, and I understand the need at times to do experiments on animals. But you can’t do it to animals who have been raised to think they’re people.

What was the moment when you decided that you wanted to be a published writer?

Once I knew that the stories I was producing were of good quality, I wanted to get them published. I guess that was in the mid-90s.

Refuge is a great story for fans of the supernatural and science fiction. How long did it take you to write this book?

The original story didn’t take long at all, even though it was done on an old, old dedicated word processor. A few days, maybe. But it was written originally almost thirty years ago. I’ve revised it four times, and while the basic story hasn’t changed I’ve cleaned it, tightened it up, made minor alterations to bring it more up-to-date.

What did you enjoy the most about writing your book, The Longest Night?

It came in a rush, one solid, BOOM! And the story was done. I love when I can see the entire story in one view and get it all out and it still makes sense.

What challenges did you face to create the world of 2113 in the book, The Cassidy Chronicles?

Consistency. The world that the Cassidy’s live in is our world, removed by a hundred years. I had to think of how now could get then, and have it make sense, that would be consistency with reality, external consistency. Then I had to integrate that world into the story without detracting from it. World-building is never easy, and unless you’re an author like Heinlein or Weber you can’t really take big detours into expository writing. Of course, once you build the world, you have to remember what you built, so then internal consistency becomes an issue.

What are some books that have really impacted you and your writing? Specific books?

Gee, I don’t know if there are specific books which impacted me, but there are definitely authors who have influenced me. Robert Heinlein is probably the most influential. His ability to get into a story, no matter how radical the premise, and make it seem absolutely not just logical but necessary, is absolutely unmatched, in my opinion. Spider Robinson took Heinlein’s legacy and skewed it to humor and humanity. Douglas Adams and his ability to look at life through a skewed lens. Clive Cussler, David Weber, John Ringo, Tom Clancy – all master storytellers.

My favorite part is interacting with the people who read my books. The fact that they’ve used their hard-earned money to buy the product of my imagination is hugely flattering, and I’d be churlish indeed not to talk to them and answer their questions. The least favorite part of publishing, as an Indie Author, is the marketing. Of course, you have to do the marketing when you’re an Indie, and there are aspects of it which I enjoy.

The toughest criticism I’ve taken was about how I wrote one particular scene in The Cassidy Chronicles. I won’t say which scene, if you don’t mind, but I was taken to task for not being ‘realistic’ enough. The person telling me is an expert in the area, and a friend, so he was telling me with my best interests at heart. So I didn’t take it personally, I took it in the spirit it was given. However, what he didn’t recognize was that, for my intended audience, the scene was written perfectly fine; the fine accuracy which he was looking for wasn’t necessary for the audience. In the end, I left it as it stood.

When you're not writing, what does a normal day for you look like?

What do you mean, when I’m not writing? (Laughs) Seriously, most of my day is either writing, promoting, or trying to make further connections and networking. I do work, part-time, and I volunteer, and I’m taking some college classes, but other than that? Reading, when I can, and spending time with my family. That pretty well fills up my day.

Much to my surprise, The Cassidy Chronicles has turned into a series. Volume 2, titled The Road to the Stars, has just come out in ebook and paperback. Volume 1 is now out as an audiobook as well, which is hugely exciting, and I’m in negotiations to get Volume 2 recorded. Meanwhile I’m working on Volume 3, and while I’d love to give your readers an inside scoop on the title, I can’t, as it doesn’t HAVE a title yet!

How has AllAuthor helped you to promote your books? How has been your experience working with us?

AllAuthor has been hugely helpful in getting the word out on my books on a consistent basis. Being able to rotate through a number of tweets means that there’s always a reminder about my books in my followers’ feeds. The Review GIFs and the weekly Banners have been clever as well; I’ve used both of them. I’m just starting to learn about the Magic Tool, but what I’ve seen so far has been brilliant! I also use AllAuthor as my landing spot, my one-stop-shop. Now, if I could just figure out how to run a blog through it I think I’d be all set!

Have brimming questions to ask author Adam Gaffen? Ask the author whatever you like, but keep in the appropriate zone.
** Please note, unanswered questions will not appear on the page and refrain from posting promotional messages.

The author, a good book and you! Contact Adam Gaffen here.
** Please refrain from spamming and don't bombard the author with promotional mails/messages. Your IP/Email address may be blocked if found doing so.