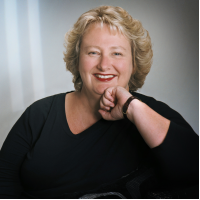 I love writing historical romance for a living. So far I've published 11 multi award-winning stories for Avon HarperCollins and Hachette Grand Central and more than 30 books under my own steam. My books have also been translated into 25 languages.

I'm now hard at work on a new series set in the glamorous whirl of Regency London. One Wicked Wish and Two Secret Sins, the first two books in A Scandal in Mayfair, are now available, with the third book Three Times Tempted out towards the end of 2021.

When I'm not traveling the world in search of inspiration for my passionate romance novels, I live by the sea in Australia. I love to hear from readers via social media or email: annacampbelloz@hotmail.com 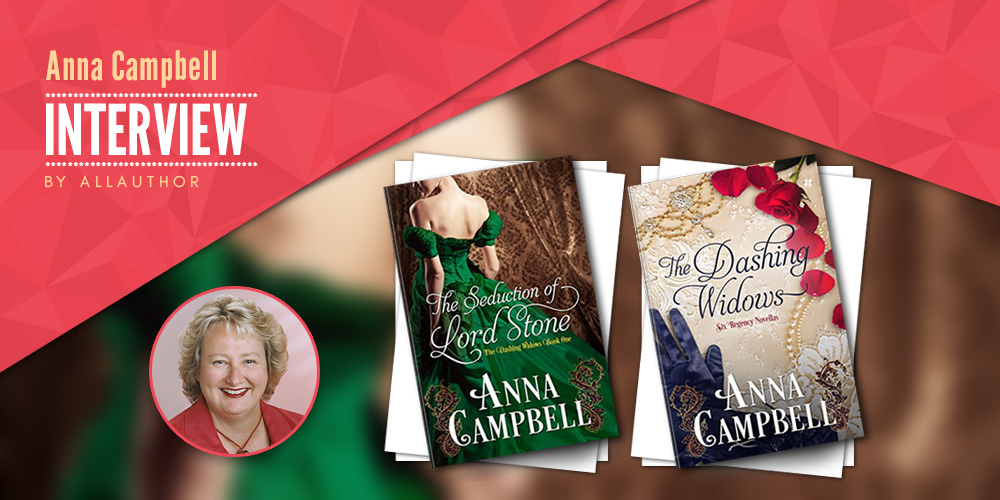 "Growing up on an avocado farm just outside of Brisbane, author Anna Campbell’s childhood was filled with encouraging teachers and a distaste for P. E. Her interest in historical romance started back when her parents read her fairy tales as a toddler. Anna is an organic writer who is very fond of research and who does not believe in rules when it comes to writing. The idea for the first book in the Dashing Widows book series came to her suddenly, and series ended up being much longer than she initially anticipated. When feasible ideas occur to her, she usually lets them stew in her mind, before she starts writing them out. And from that point, she just narrates the story to herself. Anna’s books have been published in 20 languages other than English, with the help of overseas publishers, and she feels proud that people from all around the world enjoy her stories. Her advice to deal with the ups and downs of the publishing world is to have a Zen approach towards it."
Tell us little about your hometown and childhood.

I’m an Australian, born in Brisbane in Queensland, which is about 900km north of Sydney. I grew up on an avocado farm just outside Brisbane and now I live near the sea on the Sunshine Coast which is about an hour north of Brisbane. In between, I’ve lived in London and Sydney so I have spread my wings a little bit since I was born!

What was your school life like? What subject did you hate the most?

I had a couple of encouraging teachers who made me think I might be able to become a writer. My least favorite subject was PE.

Is there any particular reason why you prefer historical romance over contemporary romance? What was it that first sparked your interest in this genre?

I always loved history and I always loved romance so the two together are like double chocolate for me. I think my interest started way back when I was a toddler and my parents read fairy tales to me. I always loved the glamorous clothes!

What are some important rules all historical fiction writers need to follow? How much research is involved in the making of a historical romance?

Actually I don’t believe in rules. I think the only rule is do it well. I like research so I like to do a lot of it. I love going to the places where my stories take place (right now I’m in Scotland scouting locations for my new series, the Lairds Most Likely).

What inspired the first book in the Dashing Widows book series? Did you know then that you wanted to make it into a series?

I had a sudden idea about three friends who had all in their ways had a sad time through widowhood who decide to take society by storm. That’s often how ideas come – out of the blue like that! So the series was originally three but I’ve discovered that series grow like Topsy – all these interesting extra characters turn up who need their story told. In this case, Silas Nash, the hero of The Seduction of Lord Stone, had an interesting agriculturally- minded sister called Amy who was such a vivid character in the earlier stories and he also had a brother who was a naval hero who seemed perfect for another story. Thus, the second trilogy was born. And then at the end of that, I had Morwenna’s jilted fiancé who deserved a happy ending, so that’s when I wrote Lord Garson’s Bride. I’m thinking of revisiting the next generation after I’ve had a break and written a few other things.

How many books are in this series and which ones (s) took the longest to write and why?

Currently, there are 7 books in the Dashing Widows series. The Seduction of Lord Stone, Tempting Mr. Townsend, Winning Lord West, Pursuing Lord Pascal, Charming Sir Charles, and Catching Captain Nash are all longish novellas, around 150 pages. The final book in the series, Lord Garson’s Bride, is a full-length novel around 380 pages. Obviously because of the length, that one took the longest to write.

In what ways does Caroline (Lady Beaumont) from the first book reflect your life or thought process as an author then? How do you think your characters have grown or developed since that book to the most recent one?

Caroline, Lady Beaumont, is the sort of character who would make a great best friend. I was lucky with the Dashing Widows – all the characters stepped onto the page pretty much fully formed already so they all had their own individual personalities already.

Walk us through your writing process when you get a new idea.

Something will occur to me that seems likely and then I let it stew for a while in my head and over that stewing time, other things will adhere to the original idea. Then eventually I’ll sit down and start writing. I’m an organic writer so I basically tell myself the story from beginning to end, letting the story unfold naturally.

What was the inspiration behind the book "Seven Nights in a Rogue's Bed" (Sons of Sin series)? How did you pick the name Sidonie Forsythe?

I was talking to a friend about romances inspired by fairy tales and this really vivid picture came to my mind of the opening scene when the heroine arrives at the hero’s half-ruined castle in the middle of a storm. At that time, I had no idea of who she was or who he was, but I had goosebumps because I knew something really good was in the idea. The rest of the story came about when I started asking myself the usual questions of who and why and where and how. I have a friend called Sidonie and I’d always liked her name so I stole it for my heroine. I’ve been known to do that!

Which Sons of Sin would you rank as the most "steamy"? Why do you think this book stands out?

The steamiest Sons of Sin is definitely the first one, Seven Nights in a Rogue’s Bed. I think you can tell that just by the title!

When did you start translating your books to other languages? What is the process of translating a book like and what do you do when you come across a phrase or word that exists in English but not the other language or vice versa?

I’ve had a really good run with foreign translations, right from my first book Claiming the Courtesan. At last count, I think I’m up to 20 languages other than English. I have no hands- on involved in the translation process. My agent sells foreign language rights to an overseas publisher and they take things from there.

What makes you most proud as an author?

Having readers all over the world who enjoy my stories.

How do you handle bad reviews? What are some things you've learned about publishing over the years that you never would've grasped as a new author?

Bad reviews are just part of the process. I felt much better when I saw how many one star reviews Pride and Prejudice had got. If Jane Austen has her naysayers, who am I to be any different? When you’re first published, you really feel like you’ve got to the top of the mountain and everything from there on will be sunlit uplands. I was first published in 2007 and in the last 11 years, I’ve discovered that like most things, publishing is ups and downs. A Zen approach is the only way to deal with the highs and lows and remain sane.

Have brimming questions to ask author Anna Campbell? Ask the author whatever you like, but keep in the appropriate zone.
** Please note, unanswered questions will not appear on the page and refrain from posting promotional messages.

The author, a good book and you! Contact Anna Campbell here.
** Please refrain from spamming and don't bombard the author with promotional mails/messages. Your IP/Email address may be blocked if found doing so.