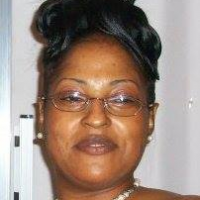 Author Tonya M Barber currently resides in Newark, NJ with her three children and two grandchildren. She has been writing since the age of 12. She has written three poetry books: A Journey the Window of My Soul, And the Journey Continues, and her latest The Other Side of Me. She has also written great novels. Her works: Drama in the Bricks, Changing the Game 1, 2, 3, Misty's Blues, and I Can Love You Past Your Pain. 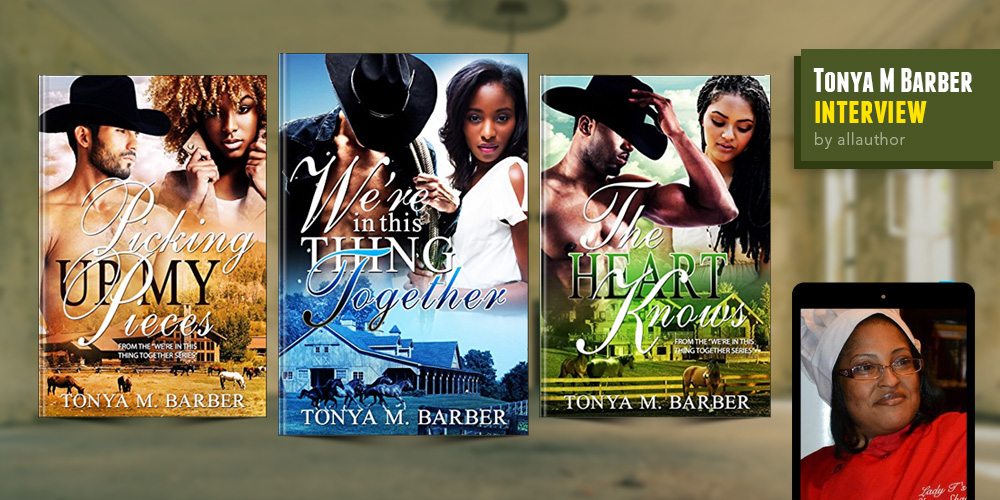 "Author Tonya M. Barber grew up in Newark, NJ. Mother of three and grandmother of two, she says her children have made her the best person she could be. Poetry to her is therapeutic and helps her feel liberated, no longer weighed down by whatever was bothering her. Tonya strives to pull at the heartstrings of her readers as she herself gets emotional when she writes. The most emotional book she's ever written is "Not Like My Mama" which addresses the issue of domestic violence. She lost her father at 17 and her book "Daddy's Little Girl" was an homage to him."
Where did you grow up and what were your parents like?

I grew up in Newark, NJ. I had really good parents. My father made me feel like I could walk on water. Unfortunately, I lost him at a very young age.

What was the biggest way in which having kids changed your life? Could you tell us a funny story from when you were a new mother?

My children have made me the best person I could be. They have shown me what unconditional love truly is. They are the best part of me. I remember when had movie night and we were watching Armageddon. At the end of the movie all I heard was a lot of sniffling. I turned on the light and observed my so tough son's crying. I thought it was hilarious.

What is it about poetry that is special to you? What was the major motivating factor that made you decide to try your hand at writing non-fiction as well?

What I love about poetry is how some can write one piece and six out of ten people may get a different meaning. Poetry to me is therapeutic. There is so much passion in some poetry. It's like I can unleash all my penned up feelings and release them on a blank page. Sometimes after writing something I feel liberated, no longer weighed down by whatever was bothering me. The answer to the second part of this question is I wanted to see if I could do something new and different. I put a few chapters of a work in progress in the back of my second poetry book just to see what the response was going to be. It was well received. Due to the feedback I decided to finish the book. It took me five years but I did it and I loved it.

How did you meet your editor? What do you think makes a really good editor?

Well, I haven't had really good luck with editors. Self published authors like myself does not make a lot of money. You try to search for great but affordable editors. My last editor was wonderful though and was the best I've had this far.

Would you rather your readers laughed or cried while reading your books? Are there some other things you hope they will take away?

I want them to do both. I really strive to pull at the heartstrings of my readers. When I write, sometimes I find myself getting emotional and sometimes I laugh. I pray that comes across to readers in my work.

Which of your books was the most emotional to write and why?

I would have to say, "Not Like My Mama" because it is a book about domestic violence. I have had several people inbox me and say how good it was but it was hard to read because it hit so close to home. I was surprised to hear how many people I knew that had experienced domestic violence.

Were any parts of the book "I Can Love You Past Your Pain" based on real life experiences (yours or someone else's)? Do you like to write books with roots in reality or do you prefer making everything up from scratch?

Yes, there is a part in it that was based on my own personal experience. I like to take a little bit of Truth and build on it.

Are there some things you hope to achieve with the Changing the Game series? Whose character development are you most pleased with in this series?

Changing the Game was initially supposed to be one book, but then people began to ask for more. The character I was most pleased with was Trigger. There were so many aspects to his character. In the begining he started off as this cold blooded killer who didn't care about anything. Towards the third book you see how much of a change he goes through.

Do you think the story of Simone in "Drama In The Bricks" is a common one? What are some issues regarding the street and ghetto life that you hope to bring to light with this book?

If this question had been asked of me 20 years ago I would have said "yes" it is common. It's not so common now. Simone was a woman who wanted to provide for her children any means necessary. Unfortunately, her choices produced some devastating consequences. She let pride get in the way of asking for help and decided to do things on her own and got caught up in the street life. She realized it was no rules, no loyalty, and no trust in that life. She also learned how easy it was to get in it but how difficult it was to get out. The same hard lessons Simone had to learn are the same lessons anyone who chooses that lifestyle will learn.

Tell us a little about your book "Daddy's Little Girl" and the inspiration behind the story.

I wanted to pay homage to my dad. I lost him when I was 17. It was hard. This book was personal. Even today 30 years later, I have moments when I am saddened by the loss. I wish more people would pick up that short story. It's short but good and so emotional. I cried the entire time I wrote it.

You've mentioned before that you would like to try your hand at the paranormal romance and horror genre. Have you started writing a book in either of these genres yet? What kind of story will it be?

I have not tried to write in those genres yet.

There are a lot of scams and hoaxes on the internet that try and lure new and unsuspecting authors into bad deals where they lose a lot of money. What are some tips and tricks you've learnt to spot the bad ones? What about how to spot the good ones?

Well, I have been approached by a few people, but unless it's an offer from a reputable publishing company I would rather stay indie. I have heard the horror stories. I would suggest people do their research on the companies that contact them with offers. Look them up on the BBB and see if their legit, let someone with legal knowledge look over your contract, and don't be too eager to get published that you would forego the prior steps. You'll pay dearly in the long run. I have heard of authors having their manuscripts stolen or not getting paid for their work. It's not cool.