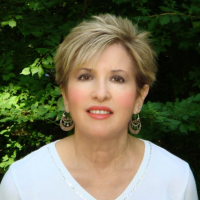 An award-winning and eclectic author, Cara Marsi is published in romantic suspense, paranormal romance, and contemporary romance. She loves a good love story, and believes that everyone deserves a second chance at love. Sexy, sweet, thrilling, or magical, Cara’s stories are first and foremost about the love. Treat yourself today, with a taste of romance.

When not traveling or dreaming of traveling, Cara and her husband live on the East Coast of the United States in a house ruled by two spoiled cats who compete for attention. 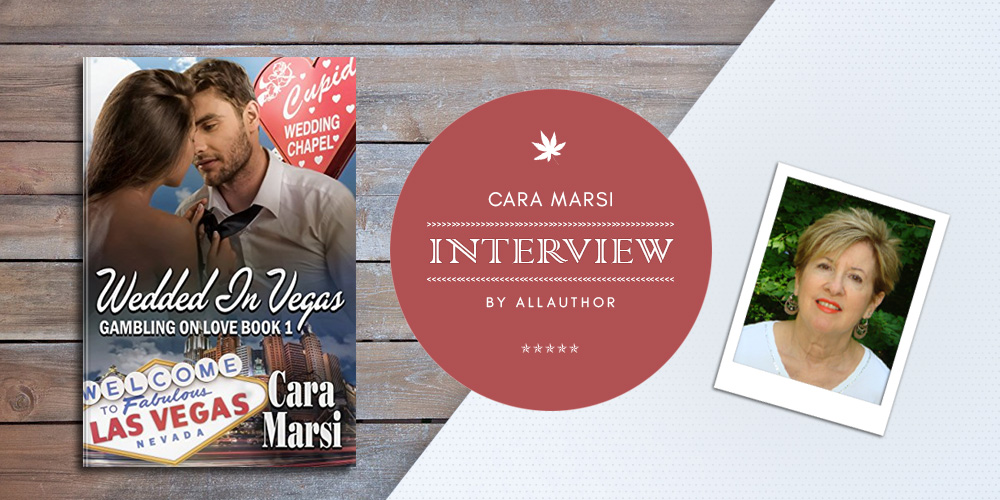 "Author Cara Marsi grew up watching old rom-coms from the 1930s and the 1940s in late night TV and is a sucker for a good love story. She worked in the corporate world before becoming an author and says that she gives her characters interesting careers and doesn’t make them cubicle dwellers like herself in real life.
Swearing by the advice to never give up, Cara is very fond of traveling and Australia and Italy are two of her most favorite destinations. Marsi is also a huge TV junkie and can never finish naming her favorite shows since the list is so long.
Winner of the EPPIE for best short romance in 2016 and the New Jersey Romance Writers Golden Leaf Award in 2014, and nominated for various awards from across the world, Marsi is currently writing the sequel to A Groom for Christmas, called Wedded on a Dare and has plans for another novella in the Brandywine Brides series."


What is the best advice that you have ever received?

Never give up. Writers who stop writing never publish. There are times it's hard to keep going, but giving up isn't an option.

You worked in the corporate world before becoming an author. Did that job influence you as a writer? Or did it inspire any of your stories?

Working in the corporate world influenced a few of my short stories. It inspired my very second published book, Logan's Redemption, which is set in an international company in Philadelphia. Mostly, though, because writing is so much more enjoyable than working in a corporation, when I feel depressed and the words don't come, I think I could be sitting in that cubicle all day. Then I feel better. I give my characters careers I think sound interesting. Most aren't cubicle dwellers like me.

Do you prefer writing short stories more or novels? What are the challenges you face when writing a short story?

I loved writing short stories for the confession magazines. Too bad the magazines are no more. I prefer writing short stories to writing novels. I can finish a short story quickly, and I can focus on the few main characters and not worry about subplots. Most of my novels are around 50,000 words. I have a hard time writing long. A challenge in writing a short story is I have to have an economy of words. Each word has to count.

Do you have a personal story of when you gave someone a second chance at love?

I love second chance stories, but it's never happened to me. And I'm glad, considering some of the guys I thought I was in love with.

What drew you towards the genre of romance? And are you interested in writing in any other genre?

I'm a sucker for a good love story. I grew up watching old rom-coms from the 1930's and 1940's on late-night TV. All my stories focus on the romance, even my romantic suspense books. I love to read cozy mysteries and would like to write one. I've had an idea for a historical romance clattering around my head for years. Someday I will write it.

What was something you learned from collaborating with other authors in Spring Fling?

It's fun to work with other authors and to share promo thoughts.

Which was your favorite story in Spring Fling and why?

I'll have to say mine, Love Potion. I don't want to hurt any feelings by choosing one author over the others. All the stories are great. Readers will enjoy them. There's a variety, some for every reading taste.

The Gambling On Love series features some very strong headed, independent female characters, like Analisa for instance. Are these characters inspired by any women in your own life?

My mother and my paternal grandmother were strong women. I try to be independent and strong myself. It doesn't always work for one reason or another. I think strong men appreciate strong women. I know my husband does.

How did you come up with the characters of Doriana and Logan in your novel Logan's Redemption and what were the challenges you faced while writing them?

I was influenced by an old Fred MacMurray/Claudette Colbert movie from the 1940's. She was a career woman, very independent, which was unusual for that time. He came to work for her as her secretary. Of course, he had something else going on too, something he hid from her. Thus Doriana, a business leader, and Logan, her temporary assistant with a big secret. I had such fun writing this story. Unlike most of my stories, I had too much plot. I couldn't stop writing, maybe because I'd had it in my head for such a long time. I had to stop myself when the book was over 100,000 words. To make the story faster paced, I cut 20,000 words. I got the name Doriana from my long-time manicurist.

You won the EPPIE for best short romance in 2016 and the New Jersey Romance Writers Golden Leaf Award in 2014. You have also been nominated for many esteemed awards from around the world. How have these awards and nominations changed you as an author?

They've validated my writing and all my hard work. From the beginning, the EPPIE, the NJRW Golden Leaf, and the RWA RITA were contests I longed to final in. To have won two is more than I dreamed. I'm still waiting for that RITA final. I'm excited with each nomination and I love sharing my excitement with my readers.

We know that you’re very fond of traveling. Which is your favorite holiday destination? Have you ever traveled to a place and wished that you lived there?

I've been to Italy twice. I would love to be there over the Christmas holiday. One of the most exciting trips was to Australia in 2001 to attend a multi-national family reunion. We have many relatives in Australia we didn't know about until they found us. We arrived in Australia a few days after Christmas and were in Sydney for New Year's Eve. My husband, son, father, and a cousin celebrated NYE watching fireworks over Sydney Harbor with a few million of our closest friends. That is an experience I will never forget. I'd sure love to go back to Australia. What a great country! I would like to live in Australia or Italy, or, closer to home, I love the American Southwest. With a son in Las Vegas, my husband and I have traveled extensively through the Southwest.

Have any of the places that you have traveled inspired any of your novels?

Yes, most definitely. I've written several books and novellas set in Italy. I wrote my paranormal romance, Cursed Mates, after a trip to Maine and set it there. Lately, I've been writing books set in Las Vegas as I know that place well. Many of my stories are set in places nearby, the Delaware beaches, the Jersey Shore, Philadelphia, Upstate New York, Manhattan. I'm planning a book set in Normandy, France, after our trip there a few years ago.

What are your favorite TV shows to watch?

I'm a TV junkie. I don't know if there's enough room here for all my shows. I love Timeless and hope it's not cancelled. Lucifer is a favorite that's sadly been cancelled. I also like Madam Secretary, Elementary, Criminal Minds, Big Bang Theory, Young Sheldon, Superstore, Speechless, Good Girls, Designated Survivor, which has sadly been cancelled, Bull, Lethal Weapon. I know I've forgotten some. My DVR gets a workout.

I'm writing the sequel to A Groom for Christmas, called Wedded on a Dare. I have plans for another novella in the Brandywine Brides series, and the aforementioned novella set in Normandy.

Have brimming questions to ask author Cara Marsi? Ask the author whatever you like, but keep in the appropriate zone.
** Please note, unanswered questions will not appear on the page and refrain from posting promotional messages.

The author, a good book and you. Contact Cara Marsi here.
** No Spamming: Spam is an irritant to regular users or the authors. Please note that bombarding promotional mails/messages is strictly prohibited. Your IP address may be blocked if found doing so.