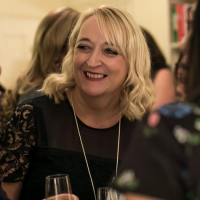 Caroline originates from Ireland and now lives with her family in a village on the coast of Essex. A former police detective, she has worked in CID and specialised in roles dealing with vulnerable victims, high-risk victims of domestic abuse, and serious sexual offences. She now writes full time.

Caroline writes psychological and crime thrillers. The most recent, Silent Victim reached No.1 in the Amazon charts in the UK, USA and Australia. It has been described as 'brilliantly gripping and deliciously creepy'.

Set in Notting Hill, London, her new DI Amy Winter thriller, Truth and Lies, is published by Thomas & Mercer and has been optioned for TV.

Sign up to join her Reader's club for access to news, updates and exclusive competitions and giveaways. http://eepurl.com/IxsTj

Caroline Mitchell has earned excellence awards over time. Here is the glimpse of the accolades clinched by the author. 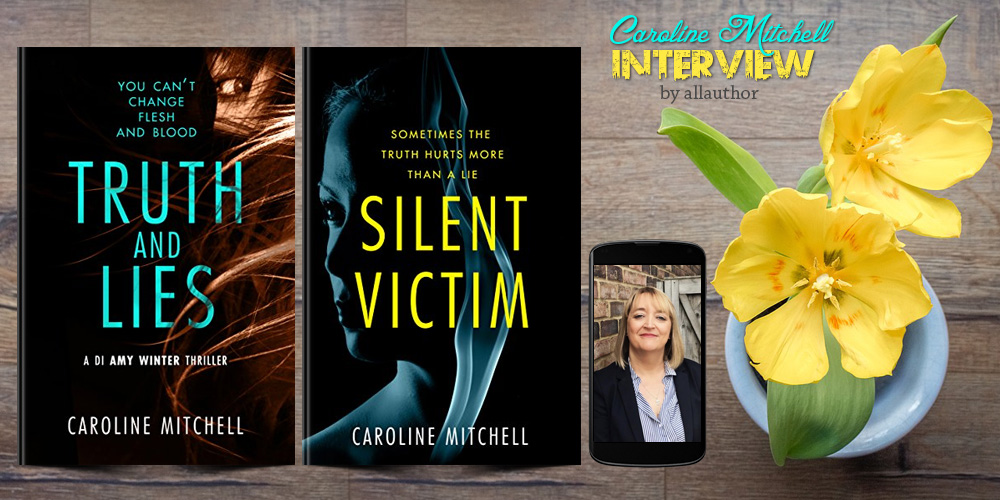 "Author Caroline Mitchell grew up in a small village called Ferbane, in County Offaly. She joined police college in the UK 11 years ago and say her writing is enriched by her experiences. A lover of Stephen King from a young age and having encountered the darker side of human nature in her job, book ideas come to Caroline quite easily. Her time with the police had her encounter a lot of victims and even when she writes crime, she always tries to invoke a positive message of hope. Her essentials for a good writing sesh are lots of coffee and some amazing Spotify tracks. Her advice of writing is to never stop learning."
Where in Ireland did you grow up? What is something you experience as a child in Ireland that you wouldn't get to anywhere else?

I grew up in a small village called Ferbane, in County Offaly. I lived beside a canal surrounded by fields and countryside. There was not a lot to do so I put my imagination to good use, exploring my creative side by writing and drawing pictures.

Why did you first join the Police Academy? If you had to pick one thing that you took away from your time working in the CID, what would it be?

We call it police college in the UK, I joined almost eleven years ago and gave in my notice to write two years ago. I took away my experiences with victim, suspects and my colleagues. The characters I met will always stay with me and I put my experiences to good use in my books.

As a crime novelist, what are some of your favourite crime TV shows? What are some cliches that you see in a lot of these shows that you dislike?

To be honest I don’t tend to watch a lot of cop shows as the lack of correct procedure often leaves me shouting at the TV. Having said that, I understand that we have to exercise a fair amount of creative licence when portraying the police in both TV and literature, otherwise it would be somewhat dull. I mean, who wants to watch someone doing paperwork for four hours at a stretch? My favourite series is Mindhunter without a doubt. I watched it on Netflix and loved the way they delved into the minds of their subjects. It fascinates me.

Why did you choose to become a writer? Are any of the stories you write based on cases you've worked?

I am not allowed to write about true life cases due to data protection and to be honest, I never would, out of respect for the victims. However my writing is enriched by my experiences and I use my in depth knowledge to create some frightening characters, such as Luke, the sociopath portrayed in Silent Victim. His manipulative tactics were something I experienced many times in the police.

What inspired the first book "Death Note" in the Detective Ruby Preston series? How are the crimes that Ruby deals with different from the ones in other books you've written?

Ruby is a great character, a total rule bender but has a heart of gold. Her on / off love affair with a London gangster adds a bit of spice to the mix.

Between Ruby Preston, Amy Winter, and Jennifer Knight, which woman do you most relate to and why?

I love all my protagonists, and there’s a little bit of me in all of them. It would be like asking me to choose my favourite child, impossible!

Is there any symbolism in making all your lead detectives women? What are some hardships you went through as a woman working in crime that a man might not have experienced and how might your books shed some light on this topic?

Being in the police can be tough for all sexes, it’s a high pressured job with little or no thanks. You spend more time there than you do with your family and the responsibility placed upon your shoulders is huge. I found my colleagues hugely supportive during my time there. Sexism is encountered in all walks of life but it’s not something I dwell upon in my books as I prefer to focus on the positive aspects of working as part of such an amazing team of people.

How do you usually come up with the dark plots associated with your books? In what ways do you manage to keep a light personage after delving so deep into the most disturbing parts of the human psyche for your stories?

Surprisingly easy! I often have more ideas than I can handle and it’s a matter of choosing which one. I started reading Stephen King books at a very early age which probably helped. I also encountered the darker side of human nature in my job.

Have any of your books ever severely affected you emotionally while writing them? What is the story behind the book "Paranormal Intruder"?

Gosh, I wouldn’t know where to start when it comes to Paranormal Intruder. It was a very tough book to write. It’s not something I like to dwell upon now as it was very upsetting at the time. When people ask me about it, I tell them to read the book

Walk us through your usual research process before writing a book. Do you ever interview people for your books? If so, who's the most interesting person you've met/talked to while doing the research for a story?

To be honest I don’t need to interview people as I’ve encountered them all over the years. I was a tier 2 interviewer in the police which meant that as well as interviewing suspects, I interviewed and dealt with vulnerable victims of high risk domestic abuse and rape. The strength of these people is something that will always stay with me and when I write crime, I always try to invoke a positive message of hope.

Both "Silent Victim" and "Witness" are standalones. Do you prefer writing series' or standalone novels? Which of these two books took longer to write?

It takes me about six months to write a book, I enjoy writing both as it’s nice to have a change of scene. Crime is tougher to write as it’s a lot more complex and has more characters to keep track of. I like the smaller cast of characters in psych thrillers. I’m very fortunate that I can write both.

What are some writing essentials for you in order to have a really good writing session (tea/coffee, background music, snacks, etc)?

Lots of coffee and some amazing Spotify tracks.

What does it take to write a really good crime fiction or thriller novel? What are some things you've learned about writing through yourself and through reading other authors' works?

My advice is to never stop learning. There’s no excuse when it comes to research. The internet is a vast world full of free information. Get good at your craft and learn the business because it doesn’t stop when you write a book.

Have brimming questions to ask author Caroline Mitchell? Ask the author whatever you like, but keep in the appropriate zone.
** Please note, unanswered questions will not appear on the page and refrain from posting promotional messages.

The author, a good book and you. Contact Caroline Mitchell here.
** No Spamming: Spam is an irritant to regular users or the authors. Please note that bombarding promotional mails/messages is strictly prohibited. Your IP address may be blocked if found doing so.