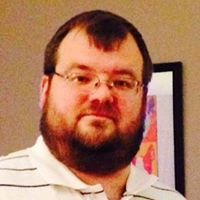 I am an amazing science fiction nerd who has gotten the lucky break of being able to write what he loves. I am also the author of the Agent G, Bright Falls Mysteries, Lucifer's Star, Supervillainy Saga, Straight Outta Fangton, and Wraith Knight series.

Charles Phipps has earned excellence awards over time. Here is the glimpse of the accolades clinched by the author. 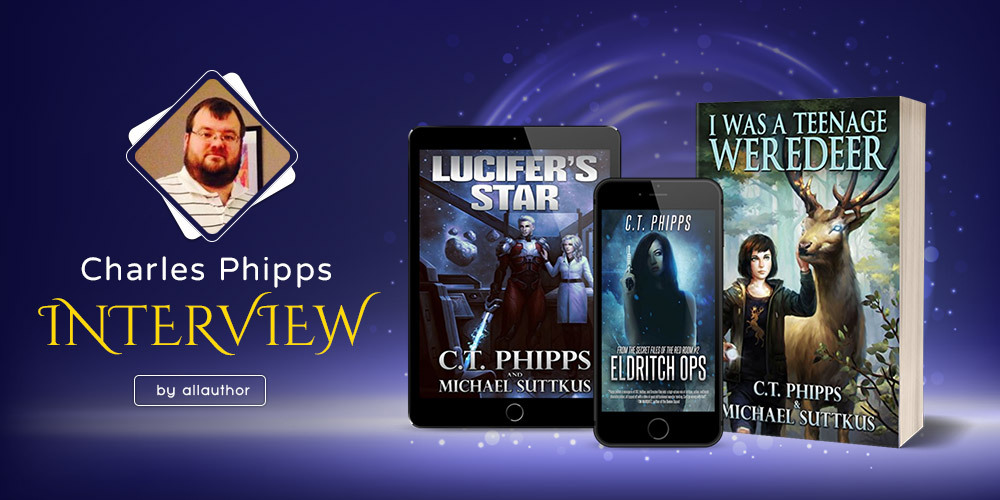 "Charles Phipps puts out great edge-of-your-seat thriller. His characters are well-crafted, the dialogue crisp, and witty, and the plot plausible. He has a knack for keeping nearly every scene with a possible turn in a completely different direction than you expected. Phipps delivers some stellar and unique characters in his sci-fi thrillers."
What did you want to become when you were a kid?

I think I've always wanted to be an author on some level, at least as long as I could read. The act of creation is something that came naturally to me even if everything I created until college was terrible. Writing is something that many people have a passion for but you have to cultivate and train as a skill. The first million words you write will always be garbage but that just makes you need to write two million.

How did you get the lucky break of being able to write what you love?

I was encouraged in my writing by many friends and family but the real boon came from fellow authors as well as editors/publishers. The biggest benefit I ever got was from those who gave me honest criticism as well as walked me through the process of turning a raw manuscript into something professional looking. Editing, covers, re-editing, and submission are just the beginning. I wouldn't have gotten nearly as far as I have without veterans helping me. I especially owe Jim Bernheimer (Confessions of a D-List Supervillain) and David Niall Wilson (multiple Stoker Award Winner) for their help.

What makes you an amazing science fiction nerd?

I try to balance my steadfast love of Star Wars, Star Trek, and dozens of other franchises with the ability to not get too upset when they go astray. The thing about being a fan is that while you're a fanatic, you have to be able the love the good and just shrug your shoulders about the bad. You'll live a healthier and happier life that way.

What was your inspiration behind writing "THE RULES OF SUPERVILLAINY"? Did you expect it to become a bestseller?

No, I did not. I actually wrote THE RULES OF SUPERVILLAINY while writing my first novel, ESOTERRORISM. I had been trying to write a big epic urban fantasy series since college and thought it would be my version of the Dresden Files. The Rules of Supervillainy was just a bunch of humorous brain candy and superhero fun I couldn't get out of my head. So, I wrote it down fully expecting it to bomb. Instead, the Supervillainy Saga (6 books in) outsells all of my other books combined. People really love Gary Karkofsky a.k.a Merciless: The Supervillain without MercyTM's adventures.

Which one of the 19 tales in "Blackest Knights" is your favorite apart from your own?

If I had to choose I'd probably say "Red" by M.L. Spencer and "The Structural Engineer" by Ulff Lehmann. I'm a fan of both authors' other work and am glad they decided to participate in the anthology. I loved every single story that was included, though. It was hard to pick the best out of all the submissions but those that made the but were amazing.

How did you begin writing The Predestiny Series? When can we expect the next book in the series?

The PREDESTINY series was conceived by me and Frank Martin, who is one of my favorite co-writers. I had the idea for doing a Young Adult series similar to the Terminator movies with a young teenage boy on the run from an unstoppable group of time-travelling killers. However, the big difference is they're terrified of who he will become rather than trying to stop a would-be messiah.

There is a lot of violence in Infiltrator. What impact did writing this book had on you?

I don't think that AGENT G is that much more violent than your typical Daniel Craig Bond movie. It's a book where I tried to write a bit more serious and play up the glamorous spy elements. I just had to add a science fiction twist because I don't think I could ever write a "normal" novel. I nickname the books my sci-spy series. I love broadening the genres I dabble in.

What is the one thing about being a writer that you absolutely love?

I love everything but I suppose the thing I love most is the fact that I get to create the books that I would like to read. I think that's all authors, really, but the ability to explore worlds you envision and plots you've never seen but want to is incredible.

What does the term 'Esoterrorism' mean? Why did you choose this as the title of the first book in the "Red Room" series?

ESOTERRORISM is a play on the words esoteric with the word terrorism to form a portmaneau. I think it's a great way of letting potential readers know that it is dealing with issues of spies as well as the supernatural.

How did you come up with the character of John Henry Booth in "Cthulhu Armageddon" and "The Tower of Zhaal"?

I've always been a huge fan of H.P. Lovecraft but I've often felt that his protagonists were a bit one-note with being white New England scholars of a particular persuasion. John Henry Booth is a African American soldier who lives in the ruined aftermath of the world's destruction by the Great Old Ones. He's more Rick Grimes and Mad Max than a character wasily intimidated by the horrid circumstances around him. Mind you, the trauma of living in the CTHULHU ARMAGEDDON world would take it's toll on anyone.

Writing is a marathon, not a sprint. It's a long and involved process that requires years to succeed in.

Of the book series that you have published, which one is your favorite? Why?

I love all of my books and think they're all wonderful. However, if I had to state which one I think is my best then I'd probably go with I WAS A TEENAGE WEREDEER. It is the story of Jane Doe, a 18 year old year old recent high school graduate who just so happens to be able to become a deer. Her brother gets framed for murder and all the local police are uninterested in finding the real culprit. It's easily my best work.

Writing is a marathon, not a sprint. :) Success will require time and hard work.

Tell us about the next book that the readers can look forward to. What is its genre?

The third Red Room book, THE FALL OF THE HOUSE, is in editing now. I'm also working on finishing the third Bright Falls Mysteries novel, A NIGHTMARE ON ELK STREET. I hope to also continue with the 7th Supervillainy Saga novel (THE HORROR OF SUPERVILLAINY).

What has your experience with AllAuthor been like so far? Could you offer some suggestions as to how we could improve some of the services on this website?

It's been an amazing help to promoting my books and I heartily recommend it to authors who need help getting attention to their works.

Have brimming questions to ask author Charles Phipps? Ask the author whatever you like, but keep in the appropriate zone.
** Please note, unanswered questions will not appear on the page and refrain from posting promotional messages.

The author, a good book and you. Contact Charles Phipps here.
** No Spamming: Spam is an irritant to regular users or the authors. Please note that bombarding promotional mails/messages is strictly prohibited. Your IP address may be blocked if found doing so.