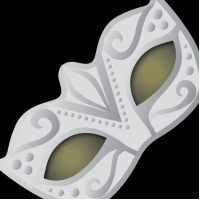 Evelyn Chartres is the nom de plume for a self-published Canadian author. The writer of five Gothic fantasy novels, Evelyn released her debut novel, The Portrait, in 2016, and her latest, The Van Helsing Incursion, in 2020.

A fan of the phrase live to eat, Evelyn shares her recipes on evelynchartres.com. These recipes have a loose focus on French-Canadian cuisine, which feature deep-dish meat pies, seafood and desserts that are rarely seen outside of La Belle Province.

Evelyn is currently living in Halifax, Nova Scotia, and is busy laying the foundations for her next project that involves a future where humanity is driven into the sea. 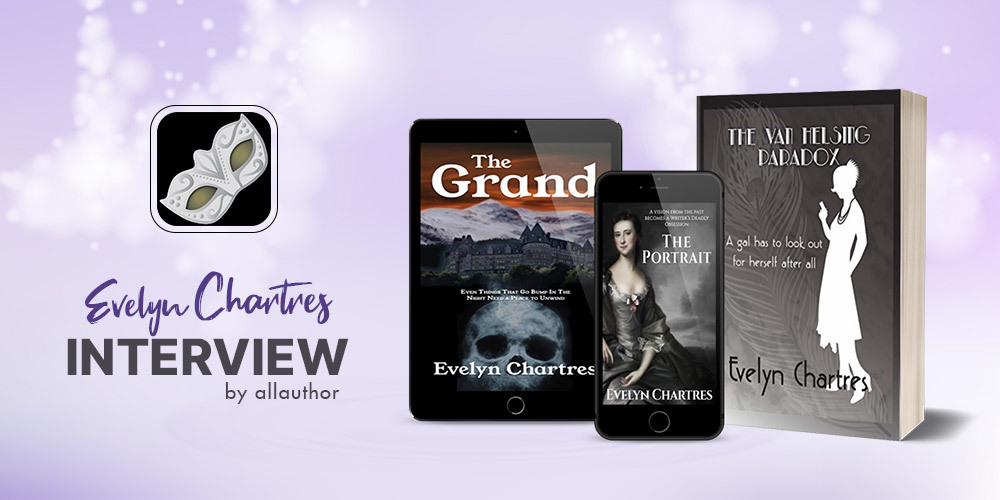 "Evelyn Chartres was born on the North Shore of the Saint Lawrence, a place near the Gulf of Saint Lawrence. Evelyn Chartres is the nom de plume for a self-published Canadian author. She writes as a hobby. None of her characters are based on anyone in particular. A fan of the phrase live to eat, Evelyn shares her recipes on her website."
Where were you born? Since how long have you been living in Ottawa, Ontario?

I was born on the North Shore of the Saint Lawrence, a place near the Gulf of Saint Lawrence. I was 4 when my family left for employment opportunities, and lived in 7 out of the 10 Canadian provinces since. I’ve been calling Ottawa, Ontario home for almost 2 years now.

When did you decide to become an author? Who do you write for?

When did I decide to keep writing, vice proving that I could write a novel? The moment I polished The Portrait for release, and realised that there was a lot more to tell.

I write as a hobby, so first and foremost these books are for me. I love to see my characters develop, and the stories unfold as the words flow. Since I’m a pantser, the conclusion of these stories remain a mystery until the very end, and that is an aspect of writing that I love.

Why did you choose Evelyn Chartres as the nom de plume for your writing career?

Evelyn Chartres was originally used as a clue in my first novel, The Portrait. For the sake of continuity, and since my books are all based in the same world, the name stuck!

What is the biggest challenge of being a self-published author? Why did you choose this route?

In my mind, the biggest challenges are related to the finishing touches. Cover design, copy editing, formatting, cleaning up faults in the eBooks, are all tasks that are not core competencies for authors. While a publishing house would have these services on hand, that’s not true for those of us who are self-published.

Fortunately, I managed to find a great editor and cover designer. This has allowed me to push out a far more refined product then I could managed to do on my own!

What inspired you to write your debut novel, The Portrait, in 2016?

It was the challenge of writing a book that initially got me started! Some of my core characters (including Evelyn) were conceived during my online Role-Playing Game (RPG) chat sites days. Simple really, create a character, throw them into existing setting, and interact with characters controlled by others. This was a wonderful way of learning to write off the cuff, while gaining insight on character development. Alas, these sites were eventually shut down, but my characters lived on in the form of solo plays, which became the basis for a book. With a base built-up, I expanded these stories over time until the story came to an end.

How did you come up with the title of your book, "The Van Helsing Resurgence?"

Resurgence is the next in line of The Clara Grey Adventures, which begins with The Van Helsing Paradox. That story talks about dilemmas that hunters face as they progress through their training, and eventually risk life and limb for the betterment of mankind. This title plays on the stories theme, namely that Van Helsing was a hunter, and paradox can be loosely associated with the word dilemma. Hence, you could rewrite the title to, “The Hunter’s Dilemma.” Resurgence merely follows that theme, hence that title could be translated to, “The Hunter’s Return.”

The Grand is a collection of Gothic fantasy stories with an overarching storyline that incorporates supernatural themes. Which is your favorite story in the collection?

Chariots of Thunder comes to mind. That particular story was built around a picture that I came across accidentally on social media. This picture feature chariots, pulled by motorcycles, and turned out that this was a sport during the 1920s and 1930s. This suited the timeline and the clientele of the hotel perfectly, so I went with it and created a nuanced story that focused a bit more on the staff at the hotel!

Who inspired the character of Victoria Frost in The Portrait?

None of my characters are based on anyone in particular. Although, I’d be lying if I said that my characters do not share some of my traits! I’ve always envisioned Victoria to be a milquetoast version of myself, one that never had the opportunity to fly. That gave Victoria a lot of room to grow once that oppressive force was removed.

Writing can be an emotionally draining and stressful pursuit. Any tips for aspiring writers?

I write as a hobby, so there are plenty of other priorities that get in the way of writing. I found that deadlines adds conflict, which sours the experience. So the processes need to develop naturally, hence I let the story flow and unfold until it’s done. The story, readers, and my stress levels are better off for it!

What kind of takeaway do you want your readers to get from reading your books?

What someone gets out of a book is highly personal. I just hope that someone enjoys the story! What more could one ask for really?

A story that flows, characters that people can relate to, and an ending that fits!

Which is the most loved recipes of yours that you have shared on evelynchartres. com?

La Tourtière du Lac-Saint-Jean http://evelynchartres.com/tourtiere-meat-pie-du-lac-saint-jean/ is a personal favourite of mine. It’s an old family recipe that has been passed on for generations, and was often served at key family events. I have a lot of fond this recipe being prepared during large family gatherings!

How much do you think you have grown from your debut novel, The Portrait, in 2016, to your latest, The Van Helsing Resurgence, in 2019?

Style wise, the stories differ greatly. The Portrait avoided dialogue, and focused on a very small set of characters. In fact, the story is almost entirely focused on what is going on in Victoria’s head.

Over time, I got more comfortable with dialogue, action scenes and dealing with an ever increase number of characters. I also learned a lot from my editor, getting a feel from the corrections made, which in turn made my initial drafts much more useable overall. Editing The Portrait would give me headaches, because the prose was rough, and this took several iterations to get it to read well. The Van Helsing Paradox took 15 revision cycles to get ready for copy editing, whereas Resurgence required 6 in total.

So I’m learning, and getting better. Still, there will be more lessons to learn along the way, so I’ll just need to keep adapting.

I am currently working on The Van Helsing Incursion, which would be book 3 of The Clara Grey Adventures. With any luck, this book will be mostly able to stand on its own.

What originally attracted you to our website? If you were to review the website what score would you give it out of 5?

Word of mouth from the Twitter writing community. The services you offer are great, so I’d say a 4.5!

Have brimming questions to ask author Evelyn Chartres? Ask the author whatever you like, but keep in the appropriate zone.
** Please note, unanswered questions will not appear on the page and refrain from posting promotional messages.

The author, a good book and you! Contact Evelyn Chartres here.
** Please refrain from spamming and don't bombard the author with promotional mails/messages. Your IP/Email address may be blocked if found doing so.