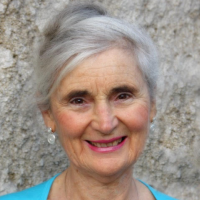 Jacqueline McLeod was a health professional and clinician until her lifelong passion for self-development led her to the studies of tarot, astrology, spirituality, and alternative health. Her life purpose is to assist in achieving a balanced society by empowering the feminine in both women and men. This has led to the publication of her book Feminine Masculine Balance which introduces a paradigm shift that is a pathway to a more peaceful, progressive and nourished society 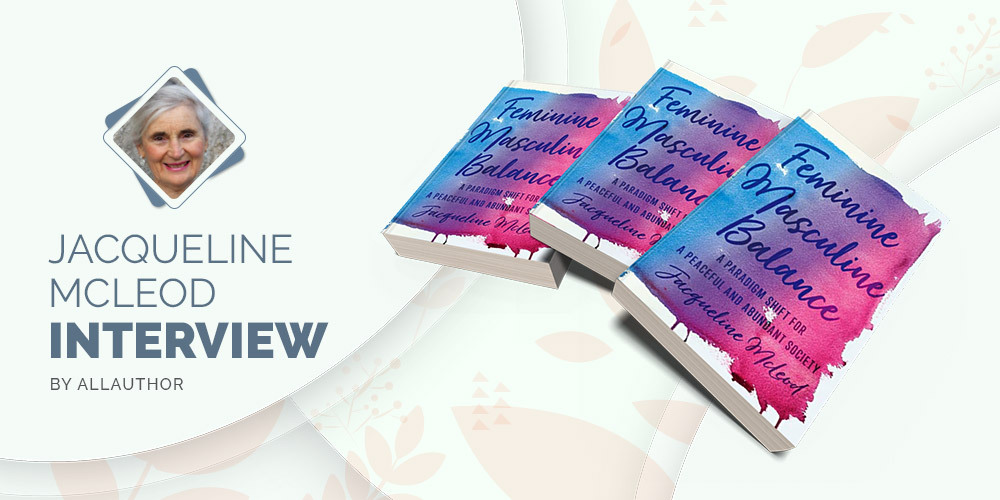 "Jacqueline McLeod decided to become a writer when she wanted to spread the message of an alternative to the patriarchal society. She believes her life purpose is to help dismantle the patriarchal society. Her book, "Feminine Masculine Balance" is a masterpiece on the understanding of feminine and masculine characteristics."
Where did you grow up? Do you think your upbringing has played any role in influencing your writing?

I grew up in Melbourne, Australia, and was born just after the Second World War. This meant that I was well aware of the ill-effects of war on women and men and experienced a lot of prejudice against me as a girl/woman. This definitely influenced the development of my ideas around Feminine Masculine Balance (FMB).

When did you first realize you wanted to be a writer and how long was it before you listened and took pen to paper?

I don’t really consider myself as a professional writer so much as a thought leader. In 2004, I was looking at a table of feminine and masculine polarities and noticed that, in our society, the masculine attributes are highly valued and respected and the feminine ones denigrated. For example, men used to refer to women’s intuition in a very disparaging way. Curious, because they have gut feelings! They also sometimes said, “Let’s not get emotional”, as if there were something wrong with emotions and, “Oh, it’s just her imagination”, as if imagination were a negative trait. It occurred to me it was not a matter of diminishing masculine attributes but that feminine attributes needed to be empowered to the same level as the masculine and I devised a short course: Empowering the Feminine which actually never got off the ground. Life happened and it was placed on the back burner.

In 2014, I was looking at this table and wondered: what if, not only the feminine energies were empowered to the same level as the masculine, but that the two were combined and I added the third (middle) column to the table. When I started writing my book in 2017, I told people it was about Healing the Feminine but the outliner of my book, said that no one knew me and I didn’t have qualifications in the area. (Actually, I am qualified, not from a masculine-dominated institution but from the place of Crone Wisdom). He suggested that, so that the general public would be interested in reading my book, it would be better to have a catchy title and suggested Ten Things that Should be Bloody Obvious by Now. I baulked at “bloody” and changed it to “bleeding” and also he had left out parenting when he suggested the chapters so it was changed to Eleven Things. …… During the process of writing the term Feminine Masculine Balance emerged, #metoo happened and the “rest is history”!

What developed your lifelong passion for self-development?

I think it’s a matter of nature and nurture not nature or nurture. In other words, I think I was naturally attracted to self-development, sought out and took the opportunities as they arose. Realising the benefits, I continued to pursue self or personal development.

How would you describe your experience of studying tarot, astrology, spirituality, and alternative health?

I studied dentistry and I was particularly attracted to prevention because most dental diseases are preventable for example: not eating sugar and cleaning one’s teeth thoroughly twice per day, every day. When I graduated I had some jobs in general hospitals and was particularly unimpressed with the food provided for the patients and the approach to treating them. There seemed to be no thought of prevention. I’m not so much interested in longevity (quantity – masculine) rather I’m interested in quality of life (feminine). I therefore researched and studied what people called “alternative health”. I then discovered Astrology and Tarot which are wonderful tools for self-understanding and guides for navigating life. I was brought up in a family free of religion and my understanding of spirituality developed during this period. They have all been wonderful, fulfilling experiences.

What inspired you to write "Feminine Masculine Balance"?

I believe my life purpose is to help dismantle the patriarchal society because, although it has brought us some benefits, due to the imbalance of feminine and masculine energies we experience constant struggles of violence, greed/poverty, inequality and toxic relationships. I was inspired to write Feminine Masculine Balance: A Paradigm Shift for a Peaceful and Abundant Society because I believe that in a society of FMB, we can still have the benefits but also work towards eliminating the profound imbalance between the value and expression of masculine qualities over the feminine.

When did you decide to become a writer? Do you ever regret not making the decision earlier?

I decided to become a writer when I wanted to spread the message of an alternative to the patriarchal society and, no, I don’t regret not making the decision earlier because I was enjoying doing other things.

How many times did you have to revise the book before it was finally published?

Honestly, I didn’t keep a count.

What kind of impression do you hope your book will leave?

A desire to work towards a safer, more peaceful, healthier and abundant world for us all through FMB.

What are some habits that are crucial to develop if you want to become a successful writer?

In my case, constantly listening to my intuition and recording what I “hear”. Taking one day at a time and making a regular practice of writing, re-reading my writing and researching mine and other people’s ideas and concepts. Also asking for and receiving help from other people.

A German friend (who also speaks/reads English). She was very excited as it helped her very much in the issues with which she was dealing at the time. She wanted to buy books as presents for her friends as well. Naturally I was delighted.

What are some hard lessons you learned as a new author that nobody could've prepared you for?

I knew marketing the book and becoming known would be a challenge and it has been but I’m enjoying the process and the personal growth.

What are some of the best experiences you've had as an author?

The wonderful support and appreciation I have had from family and friends. Being recognised at the gym by a woman I did not know, being approached on LinkedIn by a man also interested in dismantling the patriarchal society.

For any general nonfiction fan out there trying their hand at writing, what is one thing you want them to remember about this genre?

My book doesn’t really fit into any of the Amazon genres. I guess all I can say is be true to yourself and write what you believe.

Are you working on anything right now?

My focus is on promoting the paradigm shift through social media, conventional media and public speaking. I would also like to develop an online course.