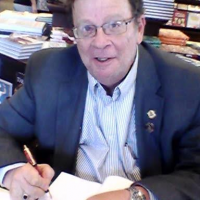 Hugh Williams is a practicing attorney and author of zombie fiction and detective thrillers.
His first novel, The Trek to Elysium Chronicles: Volume 1: A Zombie Apocalyptic Tale, was published in 2015. He completed the second book of the series "The Trek to Elysium Chronicles: Survival Guide" early in 2016. He is currently working on the final book of the series, "The Trek to Elysium Chronicles: Volume 3: End Game" and expects that to be finished mid-2018. Williams also rewrote his first book and now a 2nd edition of the first book is available for all. His newest book, "The Incident" represents a departure of sorts from the straight Zombie genre. It is a crossover Zombie/Thriller book. His first detective thriller, "The Rixey Files: The Quest for Caesar's Medallion" was released April 1, 2018. The second book in The Rixey Files Series: The Quest for The Chalice of Power is scheduled for release March 2020. 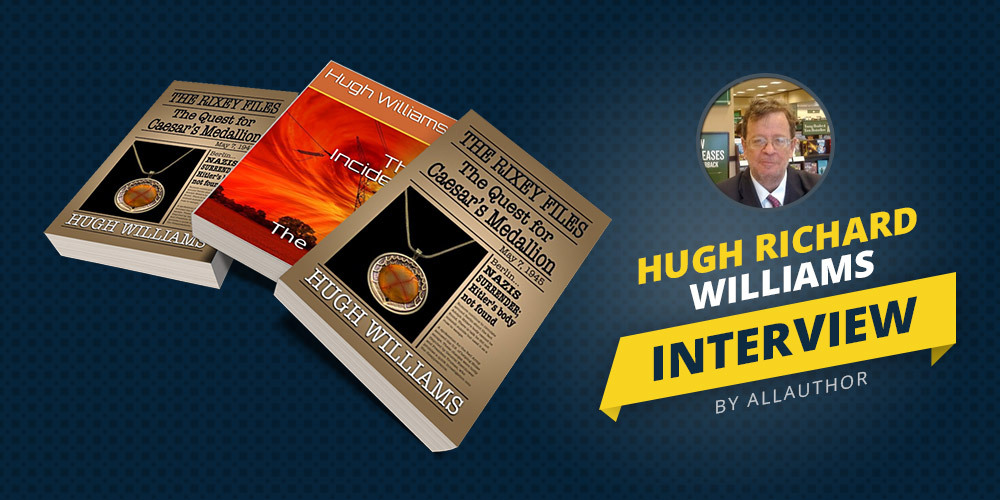 "Hugh Williams is a practicing attorney and author of zombie fiction and detective thrillers. Hugh Richard Williams had gotten into writing about 2015. Crime fiction and thrillers have always been among his favorite reads. Williams graduated from Illinois State University with Bachelor of Science and Master of Science degrees in Political Science. He writes everything out in longhand using legal pads and fountain pens. He still lives in Carbondale."
Born in Chicago, what’s the question everyone asks you just because you’re from Illinois?

People are always asking me if I’m from Chicago. I do have an accent that stands out down here in Carbondale, I lived there a total of four weeks.

Being a practicing attorney, what inspired you to start writing crime fictions and thrillers?

I’d gotten into writing about 2015. I’d wrote and had published four books dealing with The Zombie Apocalypse. While working on the final book in my Trek to Elysium series, I got bored with Zombies. Crime fiction and thrillers have always been among my favorite reads. I thought, why not give it a try from the writing side?

What life lessons did you learn while graduating from Illinois State University? Why did you choose to graduate with a Bachelor of Science and Master of Science degrees in Political Science?

Nothing is achieved without hard work. Set your sights high, so if you miss your goal, you are still doing well. As for my major choice, I'd always planned on going to law school, so I decided to major in a field I was interested in.

The best part of collecting is getting that final coin you need to complete a set.

How does being an author compare to the other jobs you've held?

They showe me various ways to set up a universe and characters that are believable and consistent. Though I write fiction, it's essential to make sure of those matters. It makes for a better read.

I still live in Carbondale. If you know Carbondale, you'll be able to figure out the various places I go to. I made it a practice not to mention any business by name.

What challenges did you face while publishing your first novel, "The Trek to Elysium Chronicles: Volume 1: A Zombie Apocalyptic Tale" in 2015? Why did you decide to rewrite your first book?

Volume 1 is the only novel of mine that was self- published. I was deluged by requests from vanity printers, who now call themselves hybrid printers for me to give THEM money to print my books. I was fortunate enough to have a good artist friend of mine do my covers for my original editions of Volumes 1 and 2 in the Trek series.

For an unknown writer like me, it can be the reason someone picks up your book and maybe thumbs through it, buying it, and that same person just walking by. My publishers now design my book covers with input from me.

Where do you usually get your inspiration for writing? Do you jot down points before writing the novel or just go with the flow?

I just get in the mood. I write everything out in longhand using legal pads and fountain pens. When I’m typing the story into my computer, it's not the first time I'm seeing it and quite often will make a change in the story.

How many points do you need to become a life master in bridge?

You now need 500 masterpoints to become a Life Master. I have 5700 points and hold the rank of Diamond Life Master. To put that number in perspective, I am in roughly the top 2 percent of members of the American Contract Bridge League (ACBL), which is the governing organization for bridge in the US, as far as masterpoint totals.

What is the hardest thing about writing a zombie apocalyptic trilogy? When can we expect the release of "The Trek to Elysium Chronicles: Volume 3: End Game”?

The hardest thing to do in any series or any novel is keeping track of the characters. I have fewer characters to keep track of in The Rixey Files series but you can't have a character who was murdered in Chapter One coming back in Chapter Ten (Unless that's part of your plot and not a screwup.) The Zombie trilogy had lots of people to keep track of so, it's tougher. I'm thinking maybe late 2020 I hope to have End Game finished. Right now though, I'm working a lot on The Rixey Files.

Who inspired the character of four friends who attempt to escape the government, the zombie apocalypse, and the evil corporation who caused the crisis?

I don’ want to mention people by names, but I had friends in mind when I created the characters. Let’s just say they’re composites of friends.

Of all the advice you've received over the years, which one has helped you the most?

Write about what you’re interested in. Don’t take a bad review too seriously and don’t go head over heels on a good one.

How did you first come across All Author and what made you join? What are your thoughts on the website so far?

I saw mention of it on Facebook. Your price is so reasonable to begin with, I thought I’d give it a try. I’ve been very impressed. What your site offers is by far one of the better bargains on the net.

Describe Miller Rixey, the hero of The Rixey Files.

I would say in some ways, Miller is a picaresque type of character. He's capable of being a rogue at times and does live by his wits in what he sees as society rapidly circling the drain Miller has his own sense of justice and of what's right. He's not afraid to administer justice when he knows the perpetrator is well beyond the long arm of the law. Miller is a very good friend and a terrible enemy.

Friends of mine tell me they can see a lot of me in Miller and that was my intent. He's very pro-second amendment and though he on occasion works for them, is not very trusting of the government. Miller has a lot of valuable skills. Though he distrusts it, he is a whiz on the internet. He’s an expert at lock picking and getting into secure areas he’s not supposed to be. Miller is also a crack shot.

Who influenced your writing of The Rixey Files?

Have brimming questions to ask author Hugh Richard Williams? Ask the author whatever you like, but keep in the appropriate zone.
** Please note, unanswered questions will not appear on the page and refrain from posting promotional messages.

The author, a good book and you. Contact Hugh Richard Williams here.
** No Spamming: Spam is an irritant to regular users or the authors. Please note that bombarding promotional mails/messages is strictly prohibited. Your IP address may be blocked if found doing so.