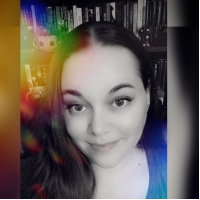 Jaidis Shaw currently resides in South Carolina with her husband and wonderful children. With a passion for reading, Jaidis can always be found surrounded by books and dreaming of new stories. She enjoys challenging herself by writing in different genres and currently has several projects in the works.

Jaidis also owns and operates Juniper Grove Book Solutions and is a Twitch affiliate in her spare time.

One of her main goals in life is to encourage her children to let their imaginations run wild.

Jaidis Shaw has earned excellence awards over time. Here is the glimpse of the accolades clinched by the author.

"Jaidis Shaw was born in California but was quickly whisked away when she was a few months old. The romance genre has always drawn her in because she is a hopeless romantic at heart. There was a ton of fear when she first decided to step into the writing community. With each work her writing and the characters have developed. Writing horror isn’t really that difficult for her as she enjoys diving into the darker genres. She currently has a couple of books that she is working on. She has a paranormal thriller that is almost done called The Stager."
Tell us little about your hometown and childhood.

I was born in California but was quickly whisked away when I was a few months old. We moved around a lot for my dad’s job and so I was always changing new schools and always making new friends – just in time to leave them to find new ones.

What was your school life like? What subject did you hate the most?

I enjoyed going to school early on because I was always getting to make new friends but as I grew older, I began to dread it. Moving meant starting over and that meant either repeating courses I’d already taken or being completely lost because the new school was better than the last school. In terms of subject matter, I hated math. I’ve never been that great with mathematical formulas.

Is there any particular reason why you prefer paranormal romance? What was it that first sparked your interest in this genre?

The romance genre has always drawn me in because I’m a hopeless romantic at heart. I truly believe that love will always win, even during the darkest of times. To pair that light with something darker, something more obscure and mysterious like the paranormal genre, is just fascinating to me.

What are some important rules all horror writers need to follow? Do your children and husband read your books? How do they react?

I think the rules for horror writers depends on how dark you make your work. I do think that writers should stay away from topics that are just for shock value. Personally, I don’t think that adding something just to get a reaction is a good thing, but I know that some authors do. I think authors should also take caution when involving sensitive material like horror that involves kids, but of course that could just be me since I’m a mother.

In terms of those reading my work, my husband hasn’t read any of my work. He isn’t a big reader and when he does, he prefers the science fiction genre. My oldest daughter, who just turned eleven, has read all my work and she absolutely loves it. I think she enjoys my books because her mom wrote them rather than the content but only time will tell.

What inspired the first book in The Lurking Series? Did you know then that you wanted to make it into a series?

I enjoy writing short stories so that I can get story ideas out of my head that aren’t long enough to make into a full-length novel. I also love the ocean and find the creatures there fascinating, so I pitched the idea of doing an anthology based on that topic to my publisher and she loved the idea. Lurking in the Deep did so well that it evolved into a series, with each book having a different theme.

Out of the three books in The Lurking Series, which one took the longest to write and why?

All three anthologies in The Lurking Series took about the same amount of time. I knew going in what all the release dates were going to be and each story had a length requirement, so they are similar in length.

How was your experience of writing a multi-author book "Lurking in the Deep"? What inspired you to write this book?

I was nervous going into this experience because I oversaw the majority of everything. I was able to read a lot of interesting submissions but there was a lot of responsibility in choosing which stories fit well with the theme and which ones didn’t hit the mark. Working with all of the authors was a very rewarding experience and it was so satisfying seeing the finished product.

What fears/doubts did you have while publishing your first book? How do you think your characters have grown or developed since that book to the most recent one?

There was a ton of fear when I first decided to step into the writing community. I knew I’d be rejected, and that people would not like my work, but it is one of those opportunities in life where you must at least try because you won’t know unless you do. I self-published my first book because I was afraid that no publisher would ever take on my work. Eventually I pushed past that fear and I now have a publisher and a great support system of readers. With each work my writing and the characters have developed. It really is a profession where the more you practice, the better you get.

Walk us through your writing process when you get a new idea.

I tend to have different methods for writing depending on what story idea I’m working on. If I’m working on a novel, I tend to outline the story and build a character sheet so that I won’t forget anything. With short stories I just go for it. I get a main idea and I just start writing and wait to see where it ends.

What was the inspiration behind the book “Lurking in the Mind”? How did you research for writing a book that contains sensitive topics such as depression, suicide, self- harm, split personalities, schizophrenia, and more?

The main theme behind this anthology was to select stories that dealt with issues that plague the mind. There are so many dimensions to the brain and how it operates and the things that it can conjure up and it is just overall fascinating to research. I wasn’t sure what all topics would be included until the authors were selected but it has ended up being the best-selling anthology in The Lurking Series.

For my story that is included titled “Blind Justice” it takes looks people with physical disabilities (in my main character’s case it is blindness) and the trials that they must go through to prove that they can do the same thing that everyone else can. People shouldn’t be labeled as being unable to do something just because they have a disability.

What or who inspired the character of Wyatt in "Pure Harvest"? How difficult is it to write horror stories?

I didn’t really have any inspiration for Wyatt other than I wanted to write a story about a man because most of my stories have female protagonists. I had also never written a western, so I put the two together and “Pure Harvest” was created.

Writing horror isn’t really that difficult for me. I enjoy diving into the darker genres but it can sometimes be a little hard to determine how dark to go for each story.

Among all the stories featured in "Lurking in the Mind", which is your personal favourite other than the one you have written?

That’s a hard question! I don’t think I can pick out a specific favorite because each one conquers a different topic. I’d suggest all of them to get a closer look at the human brain and all of the complexities it has.

How do you handle bad reviews? What are some things you've learned about publishing over the years that you never would've grasped as a new author?

When I first started writing I read all reviews. The good ones lifted while the bad ones hit hard. As the time went on, I learned to accept that not everyone would enjoy my writing and that it was okay. Now I focus on writing a story that I’m happy with. I still read all reviews but they don’t affect me like they used to.

What are you currently working on? What are some of your upcoming projects?

I currently have a couple of books that I’m working on. I have a paranormal thriller that is almost done called The Stager. I’m really excited for it! I also have the second book in the Juniper Grove Chronicles that is started but doesn’t have a titled yet. I hope to have them both done soon.

Have brimming questions to ask author Jaidis Shaw? Ask the author whatever you like, but keep in the appropriate zone.
** Please note, unanswered questions will not appear on the page and refrain from posting promotional messages.

The author, a good book and you. Contact Jaidis Shaw here.
** No Spamming: Spam is an irritant to regular users or the authors. Please note that bombarding promotional mails/messages is strictly prohibited. Your IP address may be blocked if found doing so.