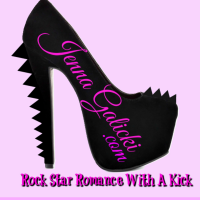 A native New Yorker, she now resides in Southern California. She's a Rottweiler enthusiast and an avid music buff. When she's not hunched over a computer, you can find her front row at a rock concert. 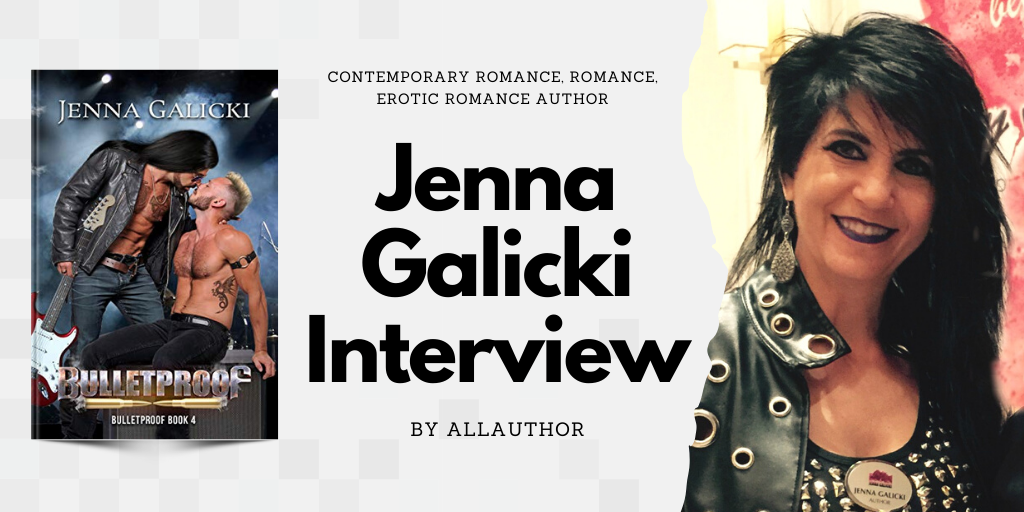 "Jenna Galicki has been writing stories in her head since she was a kid. Her first book, Jealousy was inspired by the friendship of the main characters in the sitcom Will & Grace. She loves hard rock, on all levels, and listen to Octane. Jenna is a gifted author and delivers rocking read on after another."
Where were you born? Since how long have you been residing in Southern California?

I'm originally from New York City and lived there my entire life. I just got so tired of the snow and rain that I picked up and moved to sunny California five years ago. And I love it!!

I had been writing stories in my head since I was a kid, many that I still remember but haven't put on paper. My first book, Jealousy, was a storyline that was in my head for a long time and inspired by the friendship of the main characters in the sitcom Will & Grace. Jealousy is not a rom-com, though. It's very angsty with lots of plot twists. No one knew I was writing it, and my friends were quite surprised when I told them that I published a book. :-)

Why did you choose to write in multiple genres?

It's just where my head is. I mostly read m/m romance, so it's only natural that I write in that genre, but also love m/f because it's what I identify with. M/m/f is just a bonus! I only have one poly couple that I write about though (four books worth!), Angel, Tommy and Jessi from the Radical Rock Stars series. These three are the most fun to write about.

Being an avid music buff, what type of music do you like listening to?

I love hard rock, on all levels, and listen to Octane. Some of my favorites are Motionless in White, Beartooth, Ded, Korn, Avenged Sevenfold, Shinedown, Highly Suspect, Badflower, but the list is endless!

How did you come up with the story of BULLETPROOF?

The original couple was Brandon and Cam from books 1 and 2. BULLETPROOF is book 4 in the Bulletproof series, so by the time I was ready to write Derek's story, his character had really evolved. He needed a partner who would be as fun and crazy as he is, but I knew he also needed someone who would bring out a more serious side to him. Travis' character grew as I wrote the story and it became very emotional. I didn't plan it that way, but I think it really resonated with a lot people. I received many emails about how much people identified with Travis' anxiety issues.

What is the key theme and/or message in the book, "Punk Rock Resurrection?" What do you hope your readers take away from this book?

Punk Rock Resurrection is my favorite out of all my books. Damien is a hardcore punk rocker with a big Mohawk and gory tattoos from his neck to his knuckles. He's guarded and curt. Yet, he is so broken. He just wants to be loved. I felt the little boy in him every time I wrote in his POV. Alyssa, a snarky gothic chick, is his soulmate and, although he still battles his demons every day, she gives him the love and acceptance he so desperately craves and the courage to overcome his addictions. I guess the overall message would be to not judge people because of what they look like, and, above all, LOVE your children!

Did you expect The Prince of Punk Rock to become a finalist in the 2015 Bisexual Book Award?

No! This was a total shock to me. I had never heard of the Bi Writers Association or Sheela Lambert before she contacted me to let me know that she read The Prince of Punk Rock and wanted to include it as a submission for the awards. I think there were only five finalists. I was truly honored (and still am) to be picked by a panel of independent anonymous judges.

Do you have a book that you were worried wouldn't do well but ended up surprising you?

Honestly, I think all authors are worried about how the public with perceive our books. I love all my stories and that's why I write them. My best selling book, Bassist With Benefits, probably is the one that took me by surprise. It went #1 in several categories in the US, UK, Australia and Germany in the first week it was published.

When was the last time you attended a rock concert?

Unfortunately, COVID put a big damper on the concert industry. I think the last concert I went to was Social Distortion and Flogging Molly in Vegas last year. I'm a huge Social D fan and have probably seen them more times than I can count. I often attend two or three shows per tour.

Who inspired the character of the guitar legend, Tommy Blade in "LUCAS BLADE"?

I get that question a lot! :-) Everyone loves Tommy Blade! (Swoon!) Actually, I don't have a muse. I came up with the Tommy Blade character (from The Prince of Punk Rock) and the storyline by watching the interaction between lead guitar players and lead singers. There is so much chemistry and rubbing of body parts on stage that it sometimes looks insanely erotic, leaving me to wonder what's going on behind the scenes. ;-) The long blond hair and rocker image is just my "type". I knew I wanted to write about a punk rock band, but his image was hard rock, so I made him a hard rock guitarist who joined a punk rock band and gave him credit for being a pioneer in blending genres by infusing hard rock guitar solos into punk rock.

When you're not reading or writing a book, what are some other things that you love to do?

Where do you see yourself as a writer in five years? What are some goals you hope to accomplish by then?

Of course, every writer's goal is NYT bestseller. Unfortunately, it's just a title and really doesn't mean you're not successful if you don't achieve it. I just want people to love my books as much as I do.

Any word of inspiration for budding authors of today and your avid readers?

For aspiring authors, all I can say is just write. Even if it's just one scene that's in your head, write it. Read it. Edit it. Add to it. That's how a story comes to life - just from one little scene in your head. As for readers - THANK YOU!!!!! You are the reason we write. Without you, our characters would live in isolation. You bring them into the world and show them the love they deserve.

I love All Author! I think another author mentioned the website to me and I immediately joined. I love the majic tool! I make my own teasers and it helps me so much.

Have brimming questions to ask author Jenna Galicki? Ask whatever you like, but keep it appropriate.
** Please note that unanswered questions will not appear on the page. Refrain from posting promotional messages.

The author, a good book and you! Contact Jenna Galicki here.
** Please refrain from spamming and don’t bombard the author with promotional mails/messages. Your IP/Email address may be blocked if found doing so.