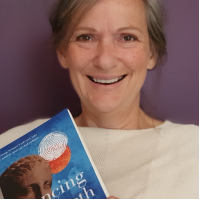 I have worked as an independent writer and director in theatre performance for over thirty years, and written and produced many notable theatre scripts as well as physical narratives for circus performance, touring nationally and internationally. I have contributed to several non-fiction books: The Women’s Circus: Leaping the Wire, and Women in Theatre: Ewa Czajor Memorial Award Recipients, and received a Local History Award for the writing and publication of two booklets on my award-winning production of The Women’s Project.
Thematically I am interested in boundaries and my work explores the space within transition.

Karen Martin has earned excellence awards over time. Here is the glimpse of the accolades clinched by the author. 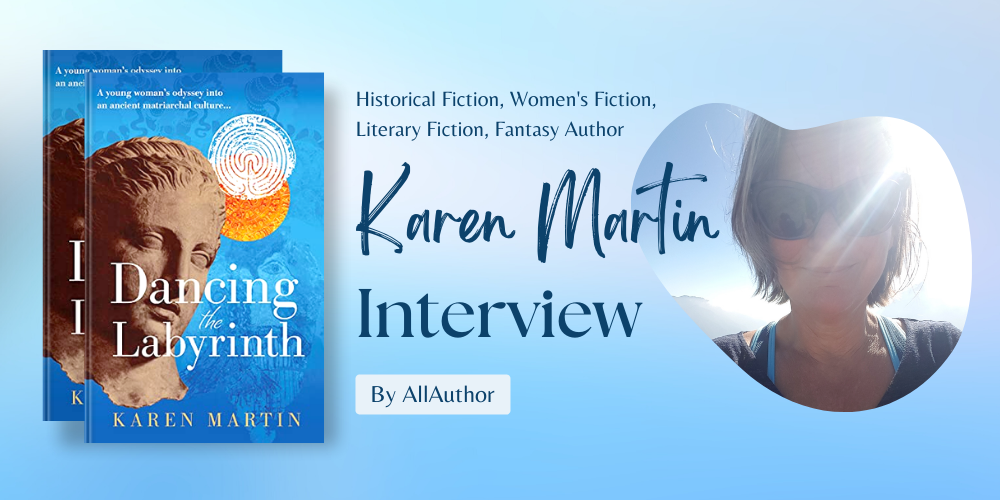 "Karen Martin was born in Melbourne, Australia. She went to Latrobe University and majored in History and Women’s Studies. She has worked as an independent writer and director in theatre performance for over thirty years. She was awarded the Ewa Czajor Memorial Award for The Women’s Jail Project. She loves writing, gardening, and hiking."
Where were you born and brought up? Which is your favorite spot in the place and why?

I was born in Melbourne, Australia. It has been crowned ‘Most Liveable City’ a few times because of its lifestyle and low crime rate. I don’t think it would win for its weather – although I now live in regional Victoria as I love the seasonal changes. Where did you go to college? What was your major?

I went to Latrobe University and majored in History and Women’s Studies. I also have a Diploma of Education.

Where does your love for books stem from?

I read voraciously as a child. My favourites were Greek Mythology and Folklore.

What are the things you are passionate about and really enjoy doing?

I love writing. I love the research and the struggle with expression and the intuitive flow that takes you places you may never have envisaged. I balance this with gardening. I’m not a good gardener, but I love feeling the sun on my face as I potter around.

I also enjoy hiking and often use this time to reflect on whatever I am writing about at a given time.

Have you witnessed a circus performance go wrong?

I performed in the Women’s Circus (Australia) for five years and I’ve seen accidents and spills and injuries, but luckily not in performance.

What challenges did you face while publishing your debut novel?

I was offered a traditional publishing deal from a boutique publisher in Crete (Radamanthys Publishing), but I needed to have the manuscript translated into Greek. It was a financial challenge, but one I was prepared to invest in. It was also a challenge to find someone good – which I did. One reviewer of the Greek version said the translation was a work of art. I am really lucky that my translator Iosif Alygizakis is also an author and was mindful to ensure the voice remained mine. The challenge now is to continue to translate my books into Greek.

I like to think my work is potentially transformational, that it contributes in some positive way. But this is never a given, and I am unlikely to know its impact on most readers. But I like to write in layers, plant seeds as it were, for parts of the story to blossom where there is a connection.

How many books do you plan to write in The Women Unveiled series?

I have three novels planned for the Women Unveiled series. Each novel explores women’s history through narratives that interweave research, myth and imagination. The third manuscript, Delphi, is currently in creative development and is a sequel to Dancing the Labyrinth. The protagonist Cressida has settled in Crete to raise her son. Two very different proposals tempt her to dramatically change her life. Symbolically these proposals represent tradition, family and patriarchy. Her conflict exposes the juxtaposition of individualisation with societal expectations placed on women. She travels to Delphi seeking answers, so of course the mythology of the Oracle is woven through her story.

There is also a new story I have recently heard of that I want to research, so perhaps there will be four. Given the series is thematic, all my books can be part of it.

Your book Dancing the Labyrinth is your first and only book as of now and was very warmly received by the audience. Since it is such a special book in itself, how does that make you feel?

Thank you. I still like it too, lol, so I am glad it is being read across the world. The feedback received makes me happy that people have enjoyed it. I also appreciate the comments that show they have been inspired by certain aspects, with some people going on with further research. The Greek community has been especially generous in their praise, which means a lot, for it is their history and their country that has been the muse to my creativity.

The ideal setting is wherever it is relevant to the manuscript. I have a kinesthetic approach to creativity, sourcing material from what is evoked/felt/sensed from the environment, which also includes dreams, intuition and emotions experienced in-situ. The first draft of Dancing the Labyrinth was written in Crete and included a visit to Delphi. Being in-situ was decisive, and subsequently I have planned to return to the ancient ruins for my third manuscript. I had already decided to follow Ashtar’s journey as the first Oracle. I also travelled to the Languedoc region in the South of France for my second manuscript, the Bringer of Happiness, to connect with the land while researching folklore about Mary Magdalene.

My studio at home has a big window and is the perfect place for editing and redrafting.

What is the best theater play you have ever watched?

Melbourne director David Pledger worked with his ensemble, Not Yet Its Difficult, on an adaptation of Taking Tiger Mountain. It was physical theatre at its best. I also revered IRRA Theatre’s version of Trojan Women. Independent director Jenny Kemp was another favorite. She creates layered theatre that I find engrossing. Aside from these, and without bias (of course, lol) I would have to say the best of all was my production of The Women’s Jail Project. I toured it to Ireland where it was performed in Mountjoy Prison, Dublin, and critics compared it to Beckett.

In acting in theatre, is it an ‘accurate analogy’ to say the actors are the canvas and the director the artist? Why or why not?

I was once told a performance reveals more about the director than anything else. My approach was to direct actors to find ‘truth’ in their words – not crafting a character per se, but finding the connectedness or resonance between the text and elements of their own lives, and together we created meaning. I guess using this analogy, actors offer the hues and textures for the director to work with. But we are all artists and bring our creativity to the floor.

If you extend this analogy to writing, it is the reader that creates meaning from the words and imagery. My novel is the canvas for the reader to imprint their interpretation and perspective on.

Do you plan to continue writing historical fiction or will you also like to write in other genres?

Given most of our (Western) history speaks with the ‘voice of the conquer,’ I seek to bring women’s stories into the public realm. Not necessarily an individual woman’s story, for I enjoy thematic work and I am really interested in the human experience of boundaries and transitions: where one thing may be okay one day, but not the next. What happens to the individual / society in this transition? It’s as if it is a mini evolution. History provides a context – I have the benefit of looking back to see where there is a transition. And then because I enjoy psychological layers, I like to incorporate mythology or folklore, infusing imagination with research.

Mind you, I see that the genre of Romance sells a significant number of books…

What is the next book you are working on? What is it about?

My second novel is the Bringer of Happiness. It is a story about the daughter of Mary Magdalene and Jesus who can time travel forward. She is tasked with saving her mother’s writings from the Christians at the last Cathar stronghold in Montsegur.

Sara is different. As if being the daughter of Mary Magdalene and Jesus didn’t make her different enough – she can travel forward in time into people’s bodies. When Sara travels into the body of a young Cathar girl, she wonders if fate has led her to Montsegur to save her mother’s writings. Is it her destiny to make a difference? the Bringer of Happiness is an (almost true) story that merges myth, odyssey and destiny in a weaving tale of truth and imagination.

AllAuthor is a great support for the promotional aspects of my novel. With very easy access to mock up banners and regular tweets, AllAuthor ensures ongoing visibility of my novel. It is a great back-up for when I slacken off the business end of being an independent author.

Karen Martin is a thinker and a doer. These are the quotes by famous personalities the author resonates with.

Happiness is the settling of the soul into its most appropriate spot.
AristotleHappiness 99

Have brimming questions to ask author Karen Martin? Ask whatever you like, but keep it appropriate.
** Please note that unanswered questions will not appear on the page. Refrain from posting promotional messages.

The author, a good book and you! Contact Karen Martin here.
** Please refrain from spamming and don’t bombard the author with promotional mails/messages. Your IP/Email address may be blocked if found doing so.