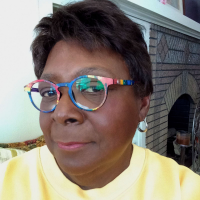 Creating children's books is what Pamela C. Rice enjoys and since August 2015 she has released 25 books including "When the Brown Bird Flies", "The Painting Speaks", "Aaron's Dreams", and "Rufus Finds A Prize". Each book is warmly illustrated by Rice and offers written artistic expression of her childhood experiences and inspirations that children will find fun, imaginative and educational.

The title "The Painting Speaks", is enriched with notes from internationally celebrated artists such Synthia Saint James, Evita Tezeno, and Clyde D. Lewis. This artistic collaboration results in an amazing story of a young girl who realizes her appreciation for art. She visits a local art gallery with her class and discovers the marvels of fine arts "that speaks to her" in a story that both parents and children will surely adore.

One of her recent books "When The Brown Bird Flies" even recounts the early childhood experiences of a a dear friend, and decorated Tuskegee Airman pilot, Jack Lyle.

Rice grew up surrounded by creative art and design, and believes that she is a person born to write and illustrate for children. Pam's father was in the field of design as a commercial artist. With over 30 years of independent and corporate experience in advertising, graphic design, and visual communications, Rice has earned high recognition and top accolades with over 40 design awards. She has made guest appearances as a lecturer at the Illinois Academy of Design and Merchandising and at Northeastern Illinois University. She has also taught at the University of Illinois-Chicago, in the Principal Scholar's Program and Alverno College in Milwaukee, WI

Pam has illustrated for various authors such as Anna K. Morris, Emma Young, and Donna Beasley, to name a few. For many years Pam has developed her unique illustrative style and is excited to create content that both parents and children can enjoy. She is currently working with a translator to bring more diversity and inclusion to her library of books. 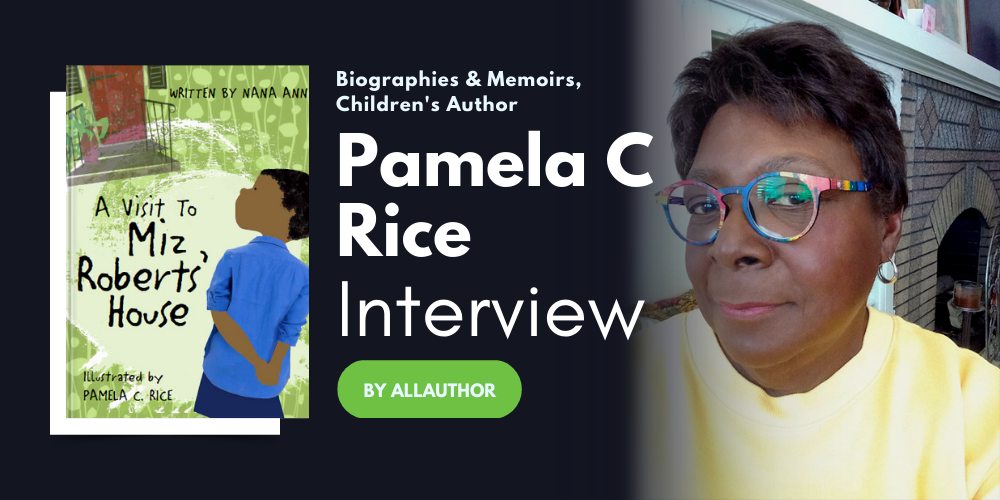 "Pamela C Rice grew up surrounded by creative art and design. For many years she has illustrated for several writers. The first children’s book she wrote and illustrated was, “Aaron’s Dream.” Her ideal setting to write is early morning when her brain and thoughts are fresh, and windows with plenty of light and quiet."
Tell us a bit about your background and family.

Many in my family are musical or artistic in their own ways. I’ve followed my father’s skills in the field of advertising design and visual communications. Being in this field has allowed me to venture into all areas of design including furniture; ski clothing; film producing, direction and editing; painting, and everything else creative.

I don’t remember the first story I ever read that made an impact on me. I read a lot of the Wilder series, primarily because of their life of pioneering, adventure and living under the stars.

What is the most profound thing you've ever read in a children's book?

In what ways do you think growing up surrounded by creative art and design has influenced your career choices?

Growing up in a creative environment did influence my career. Art was always encouraged and supported. I never had any doubt as to what direction I was going.

However, I didn’t begin writing until recently. For many years I have illustrated for several writers, it wasn’t until I began to peruse the memories of my childhood that I realized I had a wealth of stories to tell. The first children’s book I wrote and illustrated was, “Aaron’s Dream.” Once I opened the flood gates and churned out a dozen books, it was then, I had to take a recess.

I have found that astute authors of children’s books believe that many adults could garner much from reading good children’s books. There is something to be said of reading relevant messages supported by good illustrations. Illustrating my stories was something that came naturally and in many cases, the illustrations strongly supported the story. In the 70s, while still in school, I designed books and book covers for authors such as Susan Ashbaugh’s “Lucy Parsons”; Eugene Bromel’s “Eugene Debs”; Novelist Robyn Williams’ “Preconceive Notions”; and numerous other book covers.

What inspired the plot of your book, "When The Brown Bird Flies"?

The plot for “When The Brown Bird Flies” was written about a dear friend, Jack.

‘John’ Lyle, a sailor, and Tuskegee Airman. Jack was philosophical and inventive…hence the plot for “When The Brown Bird Flies.” In 2019, right before Lyle’s passing, Anna Morris and I produced Lyle’s biography, “Tuskegee Airman Jack Lyle, Captain of His Fate.”

What goes into the illustration of a children's book?

A lot of elements go into the creating of children’s books…a plot with a good ‘arch’; knowing the age group; age-appropriate illustrations (if it is a picture book) and other technicalities.

Why did you decide to write your book, "A Visit To Miz Roberts' House" under the name, Nanna Anna?

The book “A Visit To Miz Roberts’ House” was written by Anna K. Morris who also happened to be a business associate. The latest version of “A Visit To Miz Roberts’ House” was the second edition. Fortunately, Anna K. Morris, Donna Beasley, and Emma Young are all professional, award-winning writers who have worked in various advertising agencies for many years, so their projects were easy.

How would you describe your experience of illustrating for authors such as Anna K. Morris, Emma Young, and Donna Beasley?

The book “A Visit To Miz Roberts’ House” was written by Anna K. Morris who also happened to be a business associate. The latest version of “A Visit To Miz Roberts’ House” was the second edition. Fortunately, Anna K. Morris, Donna Beasley, and Emma Young are all professional, award-winning writers who have worked in various advertising agencies for many years, so their projects were easy.

What is the role of illustration in children literature?

The role of illustration as it relates to children’s books, and picture books, is huge. Books are visual projects, which is why it is key for writers to align themselves with good illustrators, someone who can translate their vision. There are many who will take short-cuts when it comes to hiring a professional, hence a great story may not make the impact the author is looking for.

My ideal setting to write is early morning when my brain and thoughts are fresh, and windows with plenty of light and quiet.

AllAuthors, is a great site for promoting authors. Self-publisher and INDIE authors need great outlets to help promote their work. I certainly appreciate the features and promotion opportunities.

Have brimming questions to ask author Pamela C Rice? Ask whatever you like, but keep it appropriate.
** Please note that unanswered questions will not appear on the page. Refrain from posting promotional messages.

The author, a good book and you! Contact Pamela C Rice here.
** Please refrain from spamming and don’t bombard the author with promotional mails/messages. Your IP/Email address may be blocked if found doing so.