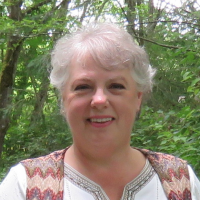 Laurie Ryan writes fantasy and contemporary romance. Growing up a devoted reader, Laurie Ryan immersed herself in the diverse works of authors like Tolkien and Woodiwiss.

She is passionate about every aspect of a book: beginning, middle, and end. She can’t arrive to a movie five minutes late, has never been able to read the end of a book before the beginning, and is a strong believer in reading the book before seeing the movie.

Laurie lives in the beautiful Pacific Northwest, in the shadow of Mt. Rainier and a short drive to beach-walking next to the Pacific Ocean, with her handsome, he-can-fix-anything husband.

Laurie Ryan has earned excellence awards over time. Here is the glimpse of the accolades clinched by the author. 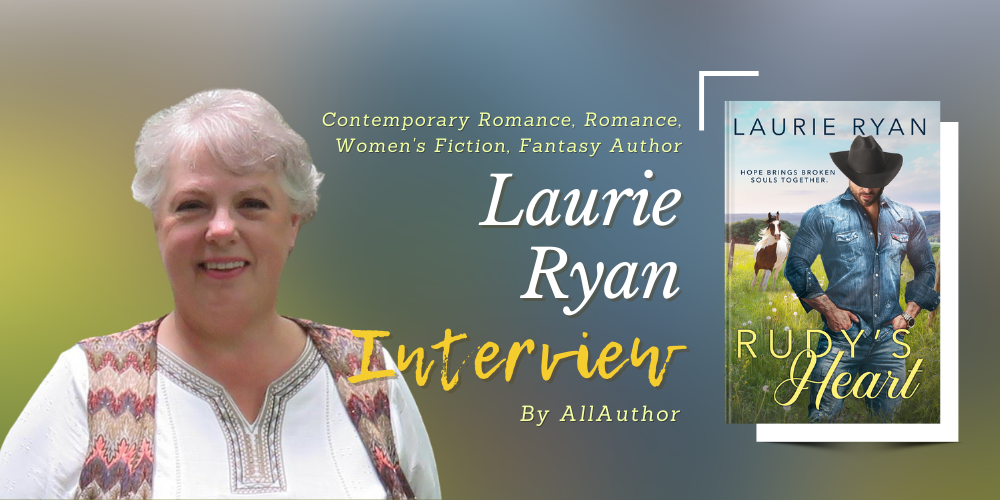 "Author of fantasy and romance, Laurie Ryan always wanted to write. She loves to read a lot of genres. She writes emotional stories with distinctive characters thrust into extraordinary situations. She lives in the Pacific Northwest with her husband. She loves animals, nature walks, and scrapbooking."
What are some of your favorite childhood memories?

Having an entire neighborhood as a playground. It was a different world then and we could eat breakfast and race out the backdoor in summer with a barely heard “be home in time for dinner” from our mother. We probably had a one-mile radius we played in. Building forts in the gulch, cooling off in the local park wading pool. Playing outdoor games. Let me tell you, when you played hide and seek in our neighborhood, you had to set distance parameters or you’d never find anyone! 

That I can talk about? Haha. Actually, my teenage years were pretty tame. I went to an all-girl school and, my senior year, six of us got to go to the boy’s school for physics. That was pretty awesome, until our principle walked into said class one day and found us in jeans, not our uniform skirts. Boy, did we pay for that! But hey, they guys could wear jeans. Yes, it was a different world back then.

Being a devoted reader, which genre do you enjoy the most?

I actually love/read a lot of genres. Almost anything but horror and thriller stories. No insult meant to those writers, it’s just not my forte. If I had to pick a favorite, it would probably be fantasy (Lord of the Rings, anyone?) and, of course, romance. And really, I read most sub-genre’s of romance, too. As well, I pick up the occasional mystery or action/adventure.

How did your writing journey begin?

I’ve always wanted to write, but work and raising kids meant waiting for a while. So when I did write, it was to help me heal. Someone close to me had attempted suicide (Unsuccessfully, thank goodness and that person is happy and settled today) and I needed to understand. The research, and writing a story through that horrible moment and beyond helped me heal. That book, though, is still in the closet. I don’t even think I have a digital copy. It served it’s purpose, and after that, I started learning the craft and writing marketable books.

Which aspect of a book is the toughest to write - beginning, middle, and end?

The middle. Do most authors say that? I generally know where I’m starting and where I’m ending, and I work up an outline of the whole story. But somehow, my outline sags and I am so grateful for the critique partners I have as they help me brainstorm through that part.

What is the most crucial component when writing a romantic novel?

Characterization. If you can get deep into your character’s pov, the reader will get deeply involved in their story. So you have to know your characters, and their motivations, well.

How did you come up with the plot of your novel, Rudy's Heart?

Normally, life gives me ideas. This story, however, came to me in a dream. Well, Rudy (the horse) and Aubrey (the heroine) did. I woke up and jotted down a few notes, then went back to the story I was writing. But Rudy wouldn’t let go of me and I finally had to write his story, adding the hero, Beck, an uncle-turned-father, and his six-year-old niece, Dani, letting Rudy be the reason they all come together.

Oooh, if I told you that, I’d be outing one of my fantasies. Lol. Actually, I rarely create characters from a particular person, though I will see someone walking by or on television and think “I like that look.” So I make notes, then add my own flair to the character’s looks and personality.

Audiobook vs e-book vs printed book, which one do you prefer and why?

e-book first, because I can get the next book in a series with a couple clicks. Then print, because, well, the smell of the book, the feel of turning pages. Nothing much beats that.

I wrote a Women’s Fiction story, Show Me, to help me understand a friend’s cancer and what they were going through. Someone reached out to me and thanked me for doing something to get the word out about ovarian cancer and the need to catch it quickly. That made my year, especially since my sister, an ovarian cancer survivor, caught hers at Stage 1. She’s ten years plus cancer free. Woohoo!

Is there anything from the past you wish you could do differently? What is it about?

Wow. Tough questions. There are lots of things I’d change if I could, mistakes I made. But honestly, if I had to pick one, I think it would be to not let my father off the hook. I should have not waited for him to come to me. I should have forced him to have a relationship with me before I had to become his caretaker. He’s gone now, and I’m grateful we had a few years to get to know each other. But we never talked about anything serious, we never settled our differences, and I regret that.

Since how long have you been living in the beautiful Pacific Northwest?

All my life and I’m so happy I can say that.

I prefer to read the book before I see the movie. Case in point: I must have read The Hobbit and Lord of the Rings Trilogy ten times over the years. Since the movies came out, which I also loved, I’ve only read the series once. The visuals change aspects of the book for me, changed my mental images of the characters. So I’m definitely a book gal first.

I have a new small-town series starting and the first book comes out summer, 2021. It’s set in an oceanside town called Willow Bay and it’s a great place to stick your chair in the sand, toes in the water, and get lost in the ebb and flow of life and love.

I just joined AllAuthor in 2021 and so far, I’m loving the community. Not only do I feel surrounded by like-minded folks, I’m personally finding new authors to read. I’m grateful to AllAuthor for everything they do to keep us reading (and writing.)

Have brimming questions to ask author Laurie Ryan? Ask whatever you like, but keep it appropriate.
** Please note that unanswered questions will not appear on the page. Refrain from posting promotional messages.

The author, a good book and you! Contact Laurie Ryan here.
** Please refrain from spamming and don’t bombard the author with promotional mails/messages. Your IP/Email address may be blocked if found doing so.