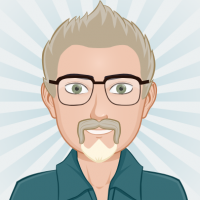 A widower in his 50s discovers that he enjoys writing erotica, after his wife's death. He hopes you enjoy the product of his imagination. 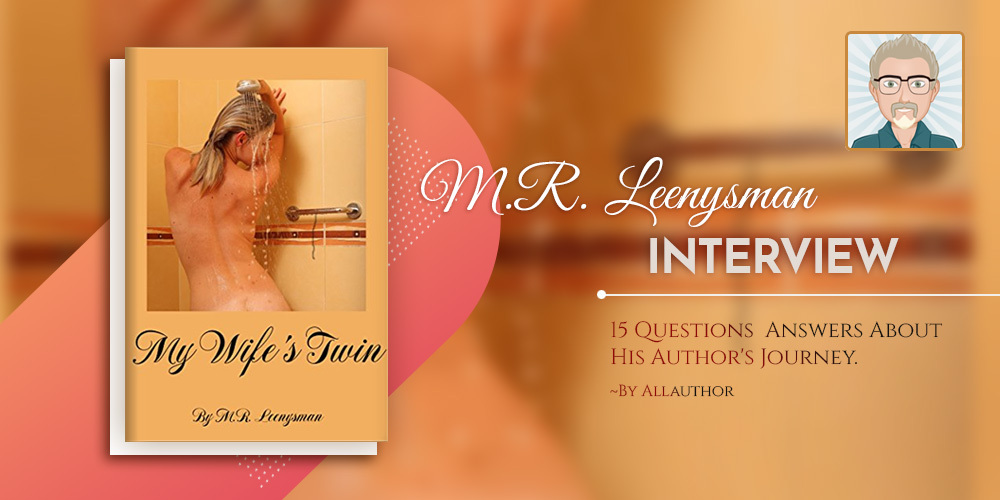 "M.R. Leenysman grew up in a small New England town. His favorite holiday was Christmas for the gifts and the music. He didn't try his hand at writing until three years ago, after the death of his wife. He has written several widower characters, so relating to them is fairly easy. He tries to vary the plots, themes, characters, and even sub-genres so that he doesn't feel stale in writing. His hopes for his readers is for them to be entertained or turned on or whatever they get out of reading erotica. He is currently expanding on the "Thirty-Five Years Late" story to publish separately."
Where did you grow up as a child? What was your favorite holiday as a child and why?

I grew up in a small New England town. My favorite holiday was Christmas for the gifts and the music. It's really the only holiday that is a season, building up to Christmas Eve and Christmas Day.

Did you enjoy reading as a child? When did you first try your hand at writing?

I did enjoy reading as a child and science fiction even more as I entered my teenage years, but also surreptitiously read erotica starting in my teens. I didn't try my hand at writing until three years ago, after the death of my wife. She probably would have disapproved of the erotica, but I'm not living my life based on her approval now.

Why do you write dark romance and erotica? What do you hope your readers will learn through your books?

I write erotica, but not "dark romance". It would be nice if AllAuthor didn't lump them together.

My hopes for my readers is for them to be entertained or turned on or whatever they get out of reading erotica.

How did you get started with the Our Love, After Dad Died Series? Do you find it more challenging to write the first book in a series or to write the subsequent novels?

[I am surprised you ask about that, since it's an incest series that was only briefly available on Amazon in paperback form and isn't listable at AllAuthor as a result. (unless there's a way to add non-Amazon books?)]

I had just been writing for a few months when I came up with an idea for a longer story originating as mother+son+girlfriend that would expand gradually into a larger cast, framed by a total of four years passing since the death of the main character's father. That gave me the four titles - First Year After, Second, Third, Fourth - and gave me a span of dates for each book. Then I basically had to come up with the cast of characters, what the events would be that occurred to them and then spread those events into the timeline. As for the challenge of writing a series, it was more of an extended novel, with the anniversary of Dad's death to separate the four volumes, rather than distinct endings.

How do you keep your stories interesting and from becoming repetitive?

I try to vary the plots, themes, characters, and even subgenres so that I don't feel stale in writing. There are going to be some similarities (it is erotica after all) but I do try to make each story different, not just from what I've already written but from other writers.

What started the Mom and I Series and is the central theme of these books?

The Mom and I Series was an experiment. Originally mapped out as five novelettes, each occurring on one day over a student's Thanksgiving break, each would have its own theme reflected in its title and be released as its own ebook, with the intention for a boxed set which would gather them into a novel-length ebook. I later decided to extend the story to the Christmas break following that, but since I had arranged the earlier titles alphabetically and already reached "United", I settled on two more titles divided into parts for the second half of the series. The whole thing is intentionally over-the-top plotwise - about twice as complex as the "Our Love, After Dad Died" series at half the length.

Of all the characters you've created, which one do you most strongly relate to? Is there any you think you wouldn't get along with if they were real?

I've written several widower characters, so relating to them is fairly easy. "Papa Dave" from my very first story is probably the one I relate to most. As for those I wouldn't get along with, those would tend to be my antagonists from various stories.

What was the inspiration behind "My Wife's Twin?" In what ways do you try and amp up the cliche dark romance theme and make it your own?

After having already written a couple of plots that had one or more characters walk in on sex in progress, I wrote down a set of additional story starters based on the general idea of "Main character walks in on X having sex with Y", mainly with X being his wife/girlfriend and Y being a female friend or relative. The first story I wrote based on that list was "Walking In On Love" (wife with best friend), then I adjusted the "wife with sister" idea to make it acceptable to Amazon by having the husband instead walk in on his sister-in-law's shower for "My Wife's Twin". I used similar "walk in on" plot elements to start "Rumors" (MC walking in on Mom and his half-sister/her step-daughter) and "Mom and I Get Even" (walking in on girlfriend with Dad) and reversed it in "Sister-Wife" to have the main character be the one to be walked in on. Other than that shared element, they're quite different stories.

How did you get the idea for the "Mom and I United" band? Which book did you have the most fun writing in this series?

What does the term "Nova Terra" mean? How was your experience of writing sci-fi erotica?

Nova Terra is simply the name given to a planet being colonized in the story, that is mainly about a fertility crisis that causes a small minority of the men to be responsible for impregnating all of the colony's women. I enjoyed establishing the sci-fi elements to the story, even if they're mainly an excuse for group sex scenes.

What do you love most about Derek's character development from "Mom and I Get Even" to "Mom and I Year’s End Pt. 2"?

Because of the compressed time-frame of the series, there isn't much space for a lot of growth, but the one element I would have to point to is his realization that he loves his girlfriend/fiancee for her own sake, not just because she resembles his mom.

Why did you decide to write Four Erotica Short Stories in "From The Heart?"

I wrote them separately, for publication at Literotica, in the first year I was writing, before I started self-publishing ebooks. Once I did start putting together ebooks, it was an easy choice to put those four stories together, since they didn't include incest or sci-fi elements and three of the four were about couples. I am currently expanding on the "Thirty Five Years Late" story to publish separately.

What is your writing goal (get translated into 50+ languages, do a world book tour, etc)? How close do you think you are to achieving that goal?

That I hope you are enjoying my work.

M.R. Leenysman is a thinker and a doer. These are the quotes by famous personalities the author resonates with.

Last night I hugged my pillow and dreamt of you. I wish that someday Id dream about my pillow and Id be hugging you.
Romantic 531

If distance is what I have to overcome to be with you, then give me a map. I am going to find you.
Romantic 118

Have brimming questions to ask author M.R. Leenysman? Ask the author whatever you like, but keep in the appropriate zone.
** Please note, unanswered questions will not appear on the page and refrain from posting promotional messages.

The author, a good book and you! Contact M.R. Leenysman here.
** Please refrain from spamming and don't bombard the author with promotional mails/messages. Your IP/Email address may be blocked if found doing so.