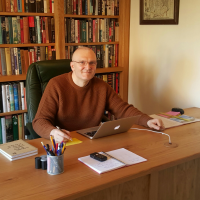 I have been a full-time author since 2012, having spent the previous 22 years working as an editor in the publishing industry. I currently live in Lincolnshire, UK.

Peter Darman has earned excellence awards over time. Here is the glimpse of the accolades clinched by the author. 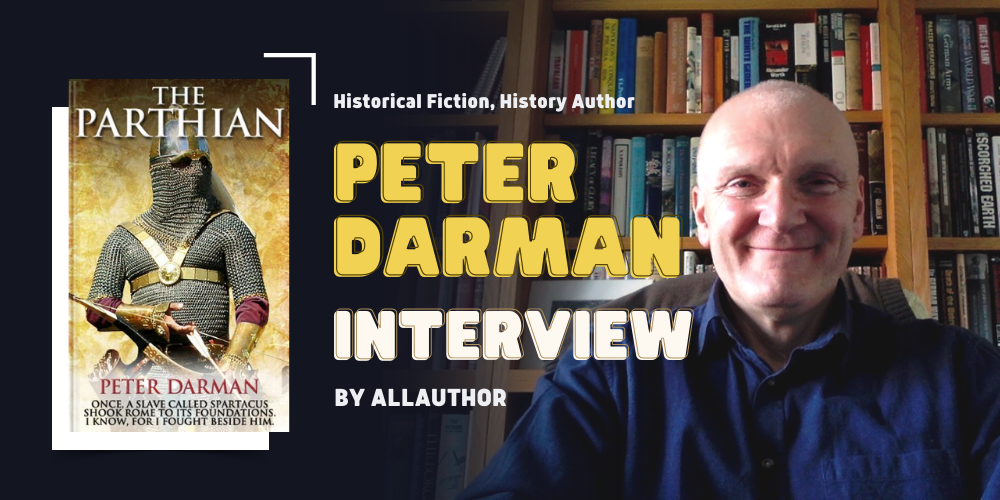 "Undoubtedly talented, author Peter Darman was raised in Grantham, a small market town in the East Midlands of England. First in his family’s history to go to university, Peter studied history following his interest. By the age of eleven, he had started writing about historical events and figures. He began working as an editor in 1990. He has been a full-time author since 2012."
Tell us a bit about your background and family.

I was raised in Grantham, a small market town in the East Midlands of England. Both my parents, like their parents before them, left school when they were 14 to work, thus I did not come from an academic, privileged background. My grandfather, who ran a fruit and vegetable shop, fought in World War II and my father, who ran a flower shop, fought in the Korean War. It was their stories that began my interest in military history and history in general. I was the first person in my family’s history to go to university where I studied history.

How were you first introduced to writing?

At primary school where we were encouraged to write stories. Where I lived it was possible to enter a grammar school if one passed the Eleven Plus, an exam all primary school pupils took in their last year, usually when they were ten or eleven, hence the name. It was a written test, one part of which was to write an essay on an historical figure. I remember writing an essay on Oliver Cromwell, at the time a boyhood hero. So, by the age of eleven I had started writing about historical events and figures.

What made you decide to make the switch from editor to author?

I began working as an editor in 1990. I was fortunate in that the company was small, and its owner allowed me to write as well as edit. I was brought on board to develop the company’s military non-fiction lost, some of which I was allowed to write. I did not receive any money for doing so, but it allowed me to write a number of non-fiction titles and get my name established as an author. Thus when ‘The Parthian’ was published in 2011, I was already an author with several titles to my name. A year later, I left my job as an editor to become a full-time writer.

When I was a boy, I read most of the Biggles books and then went on to read the novels of Sven Hassell, which were set in World War II. Curiously, the book that made the most impact on me as a teenager was ‘The Exorcist’ by William Peter Blatty. It is still one of my favourite novels.

What do you think is the biggest advantage you have as a writer due to your editing past?

Being an editor is excellent for being able to plan a book and break it down into its constituent parts. It is also useful when going over a manuscript and cutting out the dead wood (all the superfluous text). It is also good training for using correct grammar, which is a problem for many authors. However, it is not particularly useful for coming up with fiction ideas, or indeed non-fiction concepts. Very few editors go on to become authors compared to, say, journalists. For me, my previous editorial experience allows me to plan a novel so I always know where it begins and how it will end, with all the bits in between planned beforehand (more or less). I do not start a novel and see where it takes me.

What gave you the idea for The Parthian Chronicles?

The Parthian Chronicles originally started as a way of writing a novel about Spartacus, the slave leader in the 1st Century BC. I decided I needed a different angle and so came up with the idea of a Parthian who was captured by the Romans and who escaped to fight beside Spartacus. ‘The Parthian’ was born. Its success prompted me to develop the character Pacorus and write about his experiences after having returned to Parthia.

Who or what was the inspiration behind the character 'Mikhael Petrov' in your book "The Ice March"?

Mikhail Petrov is a fictional character who was not based on anyone in particular. I wanted to explore how World War I and the subsequent Civil War affected ordinary Russians. Mikhail Petrov is a poor peasant from an impoverished village in central Russia. ‘The Ice March’ tried to show how ordinary people can be severely affected by a savage conflict, and what happens when a society begins to fall apart.

I feel immensely blessed and privileged to be able to earn a living as a writer. I do not have any future grand plans as such, just a hope that I can continue to write books that people enjoy reading.

How has been your journey of being a full-time author since 2012?

The last three years have been somewhat of a trial. My mother died in 2019, my father passed away in 2020 and my wife was diagnosed with breast cancer earlier this year. I have tried to continue writing throughout, partially as a way of mentally escaping the trials of the real world, but it is difficult to concentrate on writing when traumatic and unexpected events occur. I soldier on. There is no alternative.

How many unfinished or unpublished books do you have? Do you think you'll be finishing/publishing any of these books in the near future?

I am currently writing a novel set in 15th century Switzerland. I do not start a book and fail to finish it. Some books might take longer to finish than others, but all get completed.

What are some elements you considered when figuring out the title of your book, The Slave King?

The novels in the Parthian Chronicles are stand-alone books in that each one is a self-contained story, but they are also linked to other titles in the series. It is the ongoing story of King Pacorus and his fight to preserve the Parthian Empire from external and internal enemies. In ‘The Slave King’ I explored the idea that all actions have consequences, some unintended. The book concerns Pacorus and a small force defending the capital city of a Parthian kingdom called Media, ironically a kingdom Pacorus had formally defeated and laid low. The chaos he was responsible for creating comes back to haunt him as he fights to preserve the new rulers of the kingdom. It is a book about regret, revenge, loyalty and the fight to preserve the rule of law and a degree of justice in a turbulent world.

Which book took the longest to write in the Catalan Chronicles series?

The ‘Black Sheep’, the first in the series. The first book in a series always takes the longest to write because of the amount of research involved before any words are written, plus the biographical sketches of the main characters that are created before the actual writing starts. Then there is the timeframe of the first volume to be worked out, which is not set in stone but nevertheless creates an overall framework for the book. I remember it took seven months to write ‘The Sword Brothers’, the first volume in the Crusader Chronicles, three of which were devoted to research and character creation.

How do you usually come up with character names?

Some of the characters in my novels are real historical figures, and indeed the name Pacorus, the central character of the Parthian Chronicles, was the name of several Parthian kings, so it is a name rooted in historical accuracy. The names of other characters in my books are based on common Christian names and, where applicable, surnames, used in the era the novels are set in. For example, Luca Baldi is the central character of the Catalan Chronicles, who originates from Sicily. Luca was a common name in Medieval Italy, and Baldi is a surname associated with Sicily. It makes little sense having a character with a modern-sounding name, such as Justin Sidebottom, being the king of a 1st Century BC Parthian kingdom.

What are your thoughts on social media for marketing or promotions?

To be honest, my knowledge of advertising on social media platforms is sketchy at best. Obviously, some authors use social media to generate lots of sales, and good luck to them. I do use online advertising, AllAuthor included, though as an indie author I am always very careful regarding budgets, which are invariably tight.

Are you enjoying your experience with AllAuthor so far? Would you recommend this platform to your author friends?

I enjoy using AllAuthor because it is a simple platform to use, and the advertising is very cost-effective. I do not consider myself to be a tech-savvy person, so a platform such as All-Author, which is user-friendly, is ideal for someone like me. I would certainly recommend it to other authors.

Have brimming questions to ask author Peter Darman? Ask whatever you like, but keep it appropriate.
** Please note that unanswered questions will not appear on the page. Refrain from posting promotional messages.

The author, a good book and you! Contact Peter Darman here.
** Please refrain from spamming and don’t bombard the author with promotional mails/messages. Your IP/Email address may be blocked if found doing so.