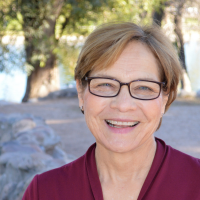 Lynne E. Marino was born and grew up in St. Louis, Missouri, where she was always the first in line for the Bookmobile. She has spent most of her adult life in the Southwest, still reading away. Now she writes her own stories, while constantly on the prowl for something to laugh about. She currently resides in Landstuhl, Germany, but will be making her way back to Arizona, come hell or high water. 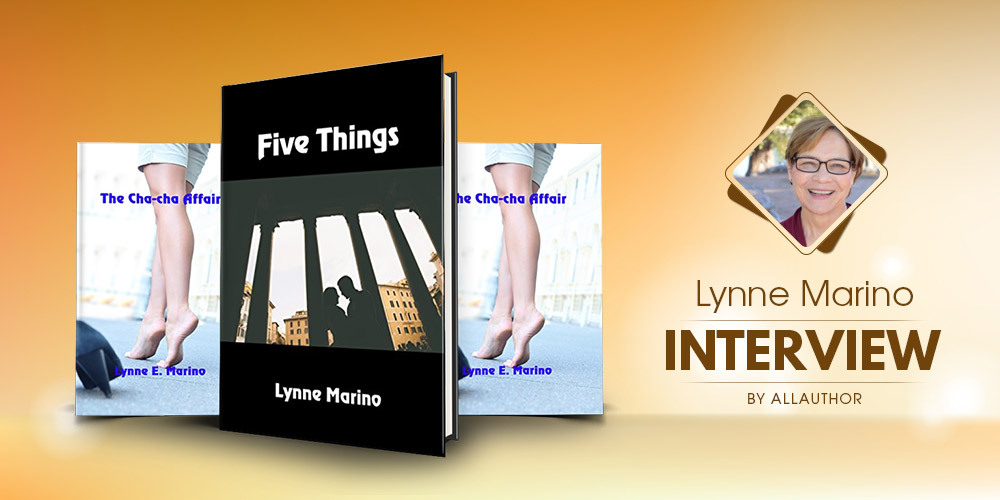 I grew up in a time that was very safe. You could ride your bike all over the neighborhood, come home for lunch, and go back out until dinner, without your mother being charged with child neglect (joke intended). The freedom to wander and spontaneously interact with your neighbors is something my children have unfortunately had little experience with. The biggest thing I miss, though, are my grandparents. They were German immigrants and they ran a tailor shop in the basement of their apartment building, which my sister and I had the run of whenever we visited. We had a blast. Many nights my grandmother would tell us Grimm’s Fairy Tales before we went to sleep. She knew most of them by heart and she was a great story teller.

Having spent most of your adult life in the Southwest, which was your favorite place to have coffee?

Ha! I’m laughing at this question. To answer it honestly, I would have to say my favorite place to have coffee is in bed every morning while talking to my husband. It’s our daily ritual.

Have you ever attended a ballroom dance class?

Yes, my husband and I have been taking lessons for the last six years, and there is not one time when I haven’t come out of a lesson feeling happier. It is the best prescription for mental health I can suggest to anyone, and it’s great for developing and maintaining balance, not to mention the cardio benefits as well. To add a small footnote, all of our instructors have mentioned, at one time or another, that my husband by far the better dancer. I tell them that it must be a Latin thing. My husband is this stocky Sicilian/Spanish guy who is truly Mr. Twinkletoes. If it wasn’t so funny, it would be humiliating, although, come to think of it, something can be both, can’t it?

I like happy endings. Having said that, I tread the line between humorous women’s fiction and comedy romance. It was once hotly suggested by an agent that I quickly figure out which genre I write in, as being on the line was not acceptable. Honestly, I didn’t find her comment all that acceptable either. But we strive for world peace anyway…..

What challenges did you face while publishing your first book, The Cha-cha Affair?

See question number four, above. You have to do your homework when looking for an agent or a publisher that takes non-agented submissions. Small publishing houses are more willing to take on an unknown, first time author. When I submitted to Solstice Publishing, and they made the decision to offer me a contract, I felt like the luckiest woman on the planet. Submitting your manuscript for publication is a lot of work, and it’s not fun. Your first novel is like your first kid, and there you are getting all kinds of feedback about your baby. It doesn’t feel particularly wonderful when someone doesn’t see how beautiful and amazing your baby is. Rejection stings, and even if you have written a masterpiece that will sell millions, you will be rejected many times before anyone accepts your manuscript. This isn’t just a craft, it’s a business. I’m thinking of the famous Corleone quote in “The Godfather” right now.

Five Things is a love affair in Italy. Why did you choose that as the setting for your book?

Five Things starts and ends in Italy, but the bulk of the novel takes place in Columbia, Missouri. I started and ended it in Rome, Italy, because, to me, it is one of the sexiest places I’ve ever been to. Every word spoken in Italian sounds like they are saying, “I love you”, even when they’re angry as all get out.

What made you decide to write and publish "The Cha-cha Affair"? Are the events described in the book in any way inspired by real life?

Taking dance classes has been both challenging and entertaining. As I mentioned, I always feel happier after I dance, and when I feel good, my imagination and sense of humor become unleashed and I start to spin stories in my head. The novel takes place in Scottsdale, Arizona, and I lived in Phoenix for twenty years, so much of the day to day events that take place in the novel are observations about Phoenix.

Do you feel any changes in your writing style since the release of your first novel? If yes, what are they?

I am a recovering “pantser’, meaning that I have in the past let the novel go where it wants to. That takes a lot of time to clean up, so I have devised a hybrid style in which I construct a loose plot and keep a record of the scenes as I write them.

Who inspired the character of Stephanie Ledger in The Cha-cha Affair?

Every woman in Scottsdale, Arizona.

What was the best advice you've ever received related to writing, and could you share it with us?

Don’t. Seriously, although nothing lasts forever, if you find a good critique group, hold them to your heart. A good critique group will tell you things you might not want to hear, and if more than one of them mentions the same thing, whether it’s a section of text or a character motivation issue, the wise writer would pay attention.

I have a hard time with names, and no, I haven’t named anyone after a family member. My current work in progress is an example of the difficulty I experience with names. I have picked boomer names for my characters, Debbie and Sue, and honestly, I have to change their names. Although Debbie and Sue are quite typical of that generation, they are also boring me to death. I’m sure the right names will come to me, and hopefully I can get a few jokes out of whatever I change their names to.

When is writing hardest for you? What do you do to pick yourself up during those moments?

We recently moved to Germany, and we will be there for the next few years. The move was far more complicated and involved than I thought it would be, and I lost the writing habit in the transition. I have begun, once again, to treat it like an eight to four job, with two fifteen minute breaks and a half hour lunch. It sounds silly, but making out a schedule in the evening for the next day, helps. It’s the only way I can get things done.

I am writing about two recovering alcoholics who grew up next to each other, and are reconnecting in middle-age. They both grew up in North Central Phoenix, so it’s set in Phoenix and it reflects how much the city has changed since the late sixties and seventies. In all honesty, my challenge is in making this funny, as alcoholism can be a touchy subject. The funny part can’t surround drinking, or recovery. That’s what starts to bond the two of them. Their experiences in childhood and their family members are where the jokes are being drawn from.

You have written about professors and ballroom dancers. Are there any other professions that you are interested to write about?

I love this question. My current work in progress, as I mentioned, is about two late end boomers who have been boom to bust entrepreneurs, so the reader gets a taste of all the ways technology has created and ruined businesses. Another novel rolling around in my head is about a therapist with a short fuse who ends up in Purgatory, due to a road rage incident on the I-10 between Tucson and Phoenix. Don’t ask how I came up with that one.

When did you first learn about AllAuthor and how were you introduced to it? What are some ways the website has helped you and your authors?

I found out about AllAuthor from, of course, a fellow author. The website truly keeps me on task and in order. They present a wealth of opportunities to help authors get the word out, with taste and class. They are helping me wade into Twitter, and organize my marketing.

Have brimming questions to ask author Lynne Marino? Ask the author whatever you like, but keep in the appropriate zone.
** Please note, unanswered questions will not appear on the page and refrain from posting promotional messages.

The author, a good book and you. Contact Lynne Marino here.
** No Spamming: Spam is an irritant to regular users or the authors. Please note that bombarding promotional mails/messages is strictly prohibited. Your IP address may be blocked if found doing so.