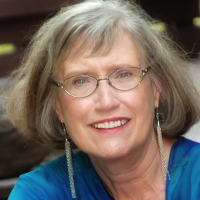 Meg Benjamin is an award-winning author of romance. Her newest series, the Folk, is a paranormal trilogy set in Colorado. Meg’s Konigsburg series is set in the Texas Hill Country and her Salt Box and Brewing Love trilogies are set in the Colorado Rockies (all are available from Entangled Publishing). Along with contemporary romance, Meg is also the author of the paranormal Ramos Family trilogy from Berkley InterMix. Meg’s books have won numerous awards, including an EPIC Award, a Romantic Times Reviewers’ Choice Award, the Holt Medallion from Virginia Romance Writers, the Beanpot Award from the New England Romance Writers, and the Award of Excellence from Colorado Romance Writers. 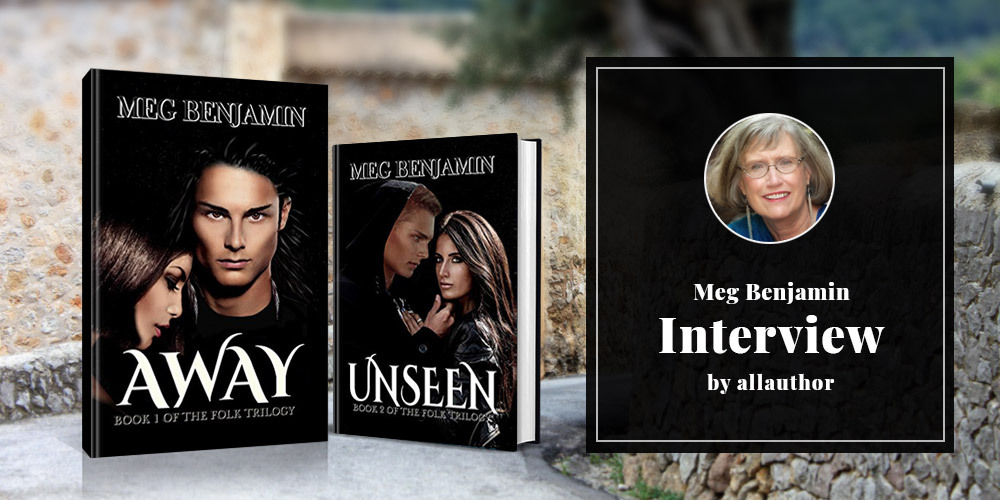 "In the “real world”, Meg is named after her aunt and her great grandmother, but Meg Benjamin is her pen name. The first romance she read was Linda Howard’s, Dream Man. She has learned quite a bit about writing over the years, but the biggest lesson has been to keep doing it. Writing isn’t really an “escape” for her. It’s what she does, and what she enjoys. All of her books are series because she likes the idea of continued stories and characters. Her advice to young writers is to find critique partners before they try to publish."
Are you named after anyone, or do you know the reason why your parents gave you the names that they did?

In the “real world” I’m named after my aunt and my great grandmother, but Meg Benjamin is my pen name. I’ve always loved the nickname Meg and my younger son’s name is Benjamin. I put the two together and named myself.

What do you love the most about writing romance novels? Do you recall the first ever book/novel you read?

I don’t remember the very first novel I read, but I definitely remember the first romance. It was Linda Howard’s Dream Man. What I loved about it (and the reason I love working in romance as a genre) is that it emphasized the relationship between the hero and heroine as much as the plot. I’ve always found myself as interested in what happens between the characters as I am in the story surrounding them.

Having written 22 books, what do you think makes a good romance novel? Why did you choose to write in this genre?

What makes a romance novel work is the thing that makes me love writing them: the relationship between the hero and heroine is the main emphasis of the plot and the relationship ends hopefully. Romance is a fundamentally optimistic genre. For better or worse, heroine and hero work things out. To be successful the book needs to make readers care about the characters and believe that they can be happy together.

What lessons have you learned as a writer? How writing has always been your escape?

I’ve learned quite a bit about writing over the years, but the biggest lesson has been to keep doing it. In my “other life” I was a college professor, and my job required me to publish regularly. I got accustomed to writing as a part of my daily routine, and I kept doing it when I retired and began writing fiction. Writing isn’t really an “escape” for me. It’s what I do, and what I enjoy.

What inspired you to start writing "The Zillionaire Vampire Cowboy's Secret Werewolf Babies?" How difficult it is to make your readers laugh through your writings?

ZVCSWB is actually a joint effort between nine authors. We worked the plot out in advance and then each of us took a couple of chapters. The humor grew out of working together and laughing together. I’m just happy that other people had as much fun reading as we did writing!

What inspired the Konigsburg series? Whom were the women in this series modeled after?

Konigsburg, Texas, is inspired by a real town: Fredericksburg, a favorite vacation spot for Texans and others. My husband and I visited there a lot when we lived in Texas (it’s the center of the Texas wine country), and it seemed natural to set a romance there. It’s a charming, picturesque town with a lot of places that are appropriate for romance like wineries and honky tonks and book stores. The characters aren’t really modeled after anyone in particular. They’re just people I liked writing about.

Hungry Heart is a down-home, down-to-earth romance set in Konigsburg, Texas. Why did you choose this as the setting for your book?

Hungry Heart centers on barbecue, which is a favorite Texas kind of cooking. There are a lot of regional varieties, but most people agree that the Hill Country is the center of the Texas barbecue belt. It just worked to put a barbecue competition in the middle of the Hill Country and to have two cooks as the hero and heroine.

Congratulations on winning the Romantic Times Reviewers’ Choice Award. How did it feel when you found out you had won one?

I was delighted and honored. I actually sat next to Catherine Coulter, who was receiving an achievement award, so that was a big thrill.

Your newest series, the Folk, is a paranormal trilogy set in Colorado. Do you think to live in Colorado yourself helped you in describing the location and the scenes really well?

Definitely! The first and third books, Away and Found, are set mostly in the area where I live—the Foothill suburbs of Denver—so I got a chance to describe things I see all the time. Interlocken, where I placed the royal palace, is just up the road from my house, in fact! The second book, Unseen, is set in a town called Animas, but it’s based on Crested Butte, one of my favorite Colorado mountain towns.

"Don't Forget Me" is a wonderful tale of rekindling an old flame. What challenges did you have to overcome to get this book completed? Were you happy with your final story and what you would have changed if you had more time?

I’m happy with the story and how it ended. I did have a negative reaction from one reader that I hadn’t anticipated. The hero and heroine initially break up because he cheats on her after a fight (it’s more complicated than that, but that’s the short version). I tried to show how contrite he was and how angry at himself, but at least one reader refused to accept it. She said flatly that a man who cheated could never be trusted again. I’m not sure I agree with her, but I can’t argue with the passion she showed.

"Finding Mr. Right Now" is set behind the scenes of a reality TV show. How much did you research to write an entertaining story sharing about machinations behind a popular reality show trend?

I did a lot of research on this one, mainly on how reality shows are produced. I tracked down first-person accounts from writers and creators and tried to work them in as I wrote the series.

Which of your books were the most enjoyable to write in the Ramos Family series? Do you find it more challenging to write the first book in a series or to write the subsequent novels?

All of my books are series because I like the idea of continued stories and characters. As to which books are tougher, it depends on the series. The Ramos books were all a hoot to write, but I did the drafts of Medium Well and Medium Rare while I lived in San Antonio so I was close to the area I was writing about. With Happy Medium I had to rely on my memory and on materials I found online to create the King William District again. That was a little tougher, but still enjoyable.

Which is your favorite award-winning moment? Being an award-winning author of romance, what advice would you give to the young writers?

I enjoyed winning the Award of Excellence because it was given by the chapter where I’m a member, Colorado Romance Writers. My advice to young writers is to find critique partners before you try to publish. Everybody needs feedback from people who aren’t related to you. Mothers are great for giving you confidence, but they probably won’t tell you when your story doesn’t make sense. Your local Romance Writers of America chapter is a good place to start.

I leave reviews for books I’ve really enjoyed—I never leave a negative review because I don’t think they’re helpful. Reviews are an author’s lifeblood, particularly these days. They’re how readers find us in the first place, and they help us know that we’re doing what we should be doing.

What are some tools you use for book promotions? How did you come to know about AllAuthor and what are your thoughts on this website?

I saw AllAuthor through one of your promotions, and I’ve really enjoyed working with you. I’ve posted the graphics you provide, and I appreciate the Tweets.

Have brimming questions to ask author Meg Benjamin? Ask the author whatever you like, but keep in the appropriate zone.
** Please note, unanswered questions will not appear on the page and refrain from posting promotional messages.

The author, a good book and you. Contact Meg Benjamin here.
** No Spamming: Spam is an irritant to regular users or the authors. Please note that bombarding promotional mails/messages is strictly prohibited. Your IP address may be blocked if found doing so.