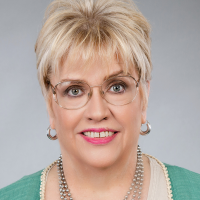 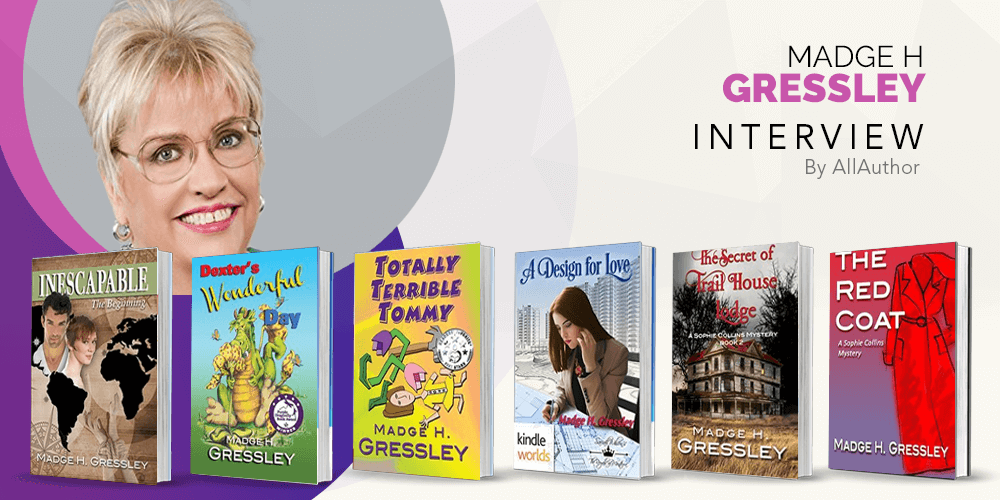 "Growing up in the neighborhood of boys Madge's childhood image could more often be seen as a tomboy. She made the life-changing decision to go from being an award winning visual artist and become an author. She has been blessed with the many opportunities to do and go see many wonderful things and places. She got obsessed & inspired both at the same time by the "Twilight Saga" series after which she started researching and further to write her first self-written story. Steven King’s “The Stand" is her all time favourite book to read. For her, a good book means a tale with characters that can be identified with, be they hero or villain, and a good story line that flows."
What kind of stereotype suited you best growing up (nerd, dork, jock, preppy, etc)? What is one memory that sticks out to you from when you were a child?

I guess I would have to say “tomboy.” I grew up in a neighborhood full of boys, and I just happened to be the only girl. I learned at an early age to defend myself against boyish pranks. I could play Cowboys & Indians and Cops & Robbers with the best of them. I even built my own treehouse from some lumber that my Dad gave me.

What was the best thing about being a visual artist? What made you decide to pursue writing in 2013?

The best thing about being a visual artist, for me, is the ability to create something, to see a thought or an idea comes to life on canvas or paper. I always say, “I’ve never met an art store that I didn’t like.” And to prove it, I had shelves in my studio full of different materials that I wanted to try someday, but when my husband passed, I lost all interest in painting/drawing. He had been my biggest cheerleader and supporter of my work, but when he went, so did my desire to pick up a brush. However, the need to be creative still poked at me. Then, quite by accident, I stumbled onto the “Twilight Saga” series. I literally became obsessed. Just ask my daughter who would roll her eyes and say, “Really, mother!” I bought, the books, the DVDs, the music CDs, anything connected with “Twilight.” Still wanting more, I searched the Internet and found a site totally dedicated to “Twilight” enthusiasts. In the FanFic section, I read many great stories, some not so great, and some truly awful stories. That was my aha moment. So I sat down at my keyboard and starting writing. Five hundred pages later, I had my first novel.

What is one book that you could read a hundred times and never get tired of?

That would be Steven King’s “The Stand.” I have read the book at least five times and I make it a point to watch the mini series whenever it comes on TV. No clue as to why I haven’t bought the DVD.

What is the name of the graphic design company that you co-own and what do you mainly do? Who owns the other half?

The company’s name is Art & Graphic Innovations, LLC. We are full graphic design firm and can design and print most anything you might want from lapel pins to total car wraps. My partner is Myrna Ragar. She owns Ragar Banners by Design and has been in the banner business for over 35 years. When, after 17 years with an ad agency, I retired and Myrna called me up and asked if I wanted to start a new business with her. We opened our doors in 2005.

What were some thoughts running through your head when you found out “Dexter’s Wonderful Day” had won a Purple Dragonfly Book Award?

I was over-the-moon ecstatic. It was like opening a package on Christmas morning. You always hope that what you have written is going to make it to the top and when it is recognized with an award, there just isn’t any better feeling in the world.

Are you particularly close to your grandmother? Are any of your books or characters inspired by her?

I think you mean my granddaughter and yes, “Dexter’s Wonderful Day” was written for my granddaughters, Holly and Lacey, when they were six and three. Dexter sat in a box for years until I ran across it when rearranging my closet. I have to say that Dexter just wrote itself. I didn’t have to think about what to write next, it just flowed.

How did you come up with the plot for the book "Inescapable ~ The Beginning"? What kind of people did you talk to to do the research for this book?

It all goes back to the Twilight site. There was a section called Roll Play. That is where you and another person pretend to be characters in a story. The dialog between the characters is adlibbed as you write. However, my partner left in the middle of the roll play. So decided to finish what we had started, but after several pages, I could see that it was going in a totally different direction. I decided to write a backstory first to see where my characters would take me before launching into the story. I spent many long hours on the Internet doing research and reading.

What is one trick you use to stay cheerful when someone writes a hateful comment or review of one of your books?

After recovering from the initial kick in the gut, I go back and analyze what the reviewed had to say. One stars hurt the worst. (smile) If the reviewer is just being malicious, I completely dismiss all they had to say. However, if they have offered some constructive criticism, I try to see where they are coming from. I do not mind constructive criticism. I feel I can always learn from it.

What is one writer or book that you didn't like in the beginning but have since grown into?

That is really a tough question. At present, none come to mind. I know there must have been over the years and the many thousands of books I’ve read, but none stands out.

Who was your inspiration for Sophie Collins? What are some similarities, do you think, between her and the ever-famous Nancy Drew?

Growing up I spent many summers with my cousin at my aunt and uncle’s farm reading Nancy Drew mysteries in the sweltering heat of the hayloft with a new batch of barn kittens. So, when comparing memories of my youth with a friend, Nancy Drew became part of the conversation and I started wondering what a modern-day Nancy Drew would be like. Enter Sophie Collins. Like Nancy Drew, Sophie has an insatiable curiosity and won’t rest until she has solved the mystery. However, unlike Nancy Drew, she is only 14 and has no wish to become a young lady. She would be perfectly happy if she never saw a dress again.

What are the top 3 things on your Bucket List that you haven't achieved yet?

Surprisingly, unlike most people, I don’t have a bucket list. I have been blessed with the many opportunities to do and go see many wonderful things and places. I just have never felt the need to create a bucket list.

Your book "Totally Terrible Tommy" had a lot of success. What do you think are the most important things when writing a children's book? How do you keep children entertained while also teaching them important lessons?

Keep them entertained with the story and they are smart enough to take away the lesson. A friend of mine who is a therapist and works with children uses Tommy. She tells me that Tommy is a favorite of her younger clients.

When reading a book, what are some things about it that make you lose or gain interest?

I want to be drawn in in the first few sentences. I don’t want to have to guess what the author is trying to tell me. I will give a book the first 50 pages. If the author hasn’t captured my attention by then, I most likely will not finish it. I like characters that I can identify with, be they hero or villain, and a good story line that flows. One of the biggest turnoffs for me is being in the character’s head for page after page before the action picks up again. I will skip right over those parts.

What is it about the romantic suspense genre that captured your interest?

I like both genres, but the combination of the two makes a great read, in my opinion. I like my romance with a little suspense and mystery. Just like life, it is not all one thing. It is that combination that makes life interesting.

Have brimming questions to ask author Madge H. Gressley? Ask the author whatever you like, but keep in the appropriate zone.
** Please note, unanswered questions will not appear on the page and refrain from posting promotional messages.

The author, a good book and you. Contact Madge H. Gressley here.
** No Spamming: Spam is an irritant to regular users or the authors. Please note that bombarding promotional mails/messages is strictly prohibited. Your IP address may be blocked if found doing so.