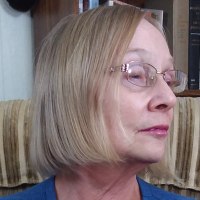 I was raised in Beaver County, Pennsylvania, and graduated from Slippery Rock University. I've wanted to write since I was six, and spent 48 years in the field of communications. In that time, I published a historical novel (Brief Candles) and short stories (Lamont), but had little time to devote to writing.

Now that I am retired, I have published a book that I've had in draft for two decades. LoveQuest is a romantic fantasy, the story of Eros, the god of Love, and Psyche, the flawed and faithless mortal with whom he falls in love.

I have several other projects that I am currently pursuing. As they move forward toward completion, I will update this profile. 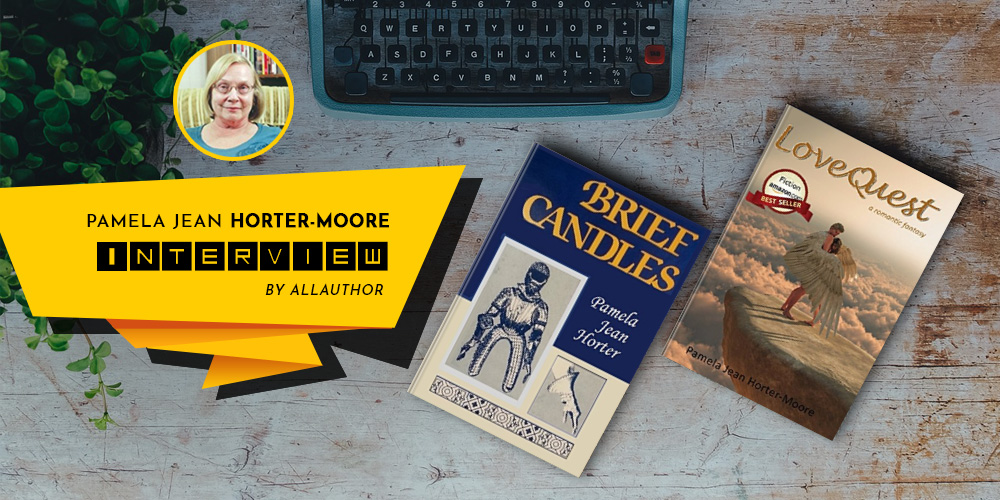 "Worked as a journalist for several years and feels that people want to spin the news to influence opinion rather than to inform, author Pamela Jean Horter is finally retired from her full-time job to pursue what she always wanted to do- writing. Interested in the English Wars of the Roses and Edward v in particular since she was 12 and having studied it for over fifty years, she published her first book- Brief Candles based on the same in 1983. Her second book, ‘Love Quest’ remained a draft for over twenty years which she finally published in 2017.
Pleased that ordinary people now have the power to have their voices heard due to the advent of digital media, and lover of nature and country, Pamela is currently writing a novella based on her 1965 diary and also intends to write another history of the Wars of the Roses."
What does it feel like to finally pursue writing, something you always wanted to do?

Although I chose a career path that included writing, it was often not the kind of writing that I found personally satisfying. Writing for someone else isn’t like writing for yourself. There were times when I enjoyed the assignments, but when someone else pays your way, you write what they want. It’s great being retired so I can write what I want all the time and not just in my spare time in between work.

What was it like growing up in Pennsylvania? Has the place you grew up in affected what you write about?

I had a good childhood. We lived in the project until I was five. Then we moved to a house my father had built in the country. That has given me an appreciation and love of nature that I carry into my writing. Yes, southwestern Pennsylvania, with its mid-western feel, has been very influential. The pace is slower and the culture lags behind the east coast, so there is this delightful backwash of “hometown values.” The area is still steeped in the memories of an immigrant past and a steel mill heritage.

You spent 48 years working in the field of communications. How has the industry changed and evolved over time?

In 1973, if someone wanted to distribute a message to a wide audience, he or she was restricted to mass snail-mailings, posters and fliers, mailing lists, telephone chains, and the print media. It could take hours, days, or even weeks to reach the intended audience. If a person had a message of immediate interest or importance, she could contact the broadcast media and hope that they would respond and air the message. If people wanted to meet to discuss an idea, they either had to gather physically or engineer a means to include participants through an elaborate hook-up. It could be very awkward to deal with many people in many locations simultaneously.

In 1983, I attended a video conference in Toronto. So much of the dialog was way beyond me technically, but I did had the startling realization that civilization was on the brink of an information revolution. It could have an effect more staggering than all of the world’s previous revolutions in information technology. It did, it has, and it will.

Now if someone, anyone, wants to distribute a message, he or she can send one in minutes through email, social media, websites, blogs, and other methods of electronic communication. People can meet regardless of location anywhere in the world electronically and be able to see each other and hear each other in real time. This is just the beginning.

Most population these days consumes information digitally. How do you feel about this shift in the usage of media?

I’m very pleased that ordinary people are now empowered to have their voices heard. Publication and dissemination of information is no longer the bailiwick of the powerful and the well-connected (and I mean socially, not electronically). What is needed, however, is more skepticism regarding the information we ingest and give out. As consumers of information, we need to realize that everyone has an opinion, but some opinions are well-informed while others aren’t.

Working in media and communications, what were some of the struggles that you faced?

There is the truth, and then there is “the truth.” People pressure communicators and media figures to present information in a way that supports their self-interests. They want to “spin” the news to influence opinion rather than to inform.

Tell us one incident that happened while you were working as a journalist that had great impact on the way you perceive the world.

One of the most exciting experiences of my career was the gasoline shortage of Spring and Summer 1979. As public relations coordinator for AAA’s Pittsburgh office, I was uniquely placed to be an authority on the situation in Pittsburgh and around the country. I had daily interaction with local and national media and was quoted on the front page of the Wall Street Journal on March 14. I might add that my boss and his boss did not appreciate that I had my name on the front page of the WSJ and not they, but I was the company expert so I took the interview. The gasoline shortage taught me how political events could be used to influence ordinary lives for the worse, and to lower public morale and expectations. (Does the word “malaise” bring back memories for some people?) I was always cynical; my father had a great influence on my political opinions, and he was very jaded, so this event made me even more distrustful of political leaders and opinion-makers.

Even while working a full time job, you published a novel and short stories. How did you manage to find time in your busy schedule to make that possible?

With great difficulty. I was lucky in that I was single, living away from family, and having few contacts. I could do what I wanted with the free time I had, and writing was one of the things I most wanted to do.

How did you come up with the idea for your first book- Brief Candles? What inspired it?

I have been interested in the English Wars of the Roses and Edward V in particular since I was 12. I was his age when I first learned about him, and so I developed an empathy for him that I’ve never lost. He was 12 when he became King, but he never ruled because his uncle usurped his throne and then most likely killed him and his 9-year old brother in the Tower of London.

I started the novel in 1976 and published in 1983, 500 years after the events of his reign. I’ve studied the Wars of the Roses for over 50 years now. For 10 years, I managed a history forum under an alias, and I had a chance to engage other people and other opinions, and sometimes to test my views against theirs.

I was going to write another historical novel, but I have been convinced since to write a history, It will be a major project, and I am always busy. (See Questions 13 and 14.)

You have published only one collection of short stories till now. Can we expect more of them in the future? What is it about writing short stories that you enjoy the most?

Short stories provide a means for a writer to take a quick glimpse of life and say something about it. Naturally, it is easier to sustain the writing momentum in a short work than in a long one.

“Love Quest” was a draft for almost twenty years. What was the reason you never published it then?

That goes back to Question 7. I just couldn’t quite get around to it while I was working. When I retired, I discovered that it was the most complete of all my drafts, so it was the one that I promoted.

“Love Quest” is a romantic fantasy. How is it different from the mainstream romance novels?

LoveQuest is the mythical story of Eros, the god of Love, and his forbidden passion for the lovely mortal woman Psyche, who is flawed and faithless. This story has attracted artists throughout the centuries, not only as a romance, but as a fable of the soul in search of its heart’s desire, and a testimony to the redeeming power of love.

What are the other genres you would like to explore as a writer? Why?

I consider myself a generalist. I’m attracted to futuristic dystopias as a means of making political statements (think of Robert Heinlein and Suzanne Collins, for example). I like science fiction and fantasy, and I like contemporary novels. I enjoy reading and writing non-fiction – memoirs and histories.

I guess I can’t be classified as a writer in any particular genre. It has always been the story that has driven me to write, and never the genre.

Now that you are retired from your job, what else do you plan to do apart from writing?

My husband and I have a lot of interests, and that certainly impacts how much time we have to spend cultivating all of them. I love literature and reading, historical research, music, genealogy, and gardening. He cultivates orchids, which sometimes draws me in just as my writing sometimes draws him in. We both enjoy wildlife and traveling, as well.

Tell us about your next project that would hit the racks. What is the genre of this one?

I want to write a history of the Wars of the Roses, but that project will take years to complete. In the meantime, I am writing a novella based on my 1965 diary. Nothing is very far along at this point, so another inspiration might have me fired up in a different direction. I have a lot of draft material and a head full of ideas, and I have to go where the inspiration takes me.