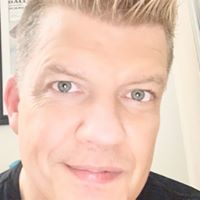 "One day in kindergarten, I experienced the worst perfect storm: I had been teased again about the birthmark on my neck (which, by the way, has always looked like a hickey), my best friend/arch nemesis Scott Sherman brought his pet iguana to talk about, and I had absolutely nothing for Show & Tell that could even come close to topping the iguana. So, when it was my turn, I stood up and let my classmates know that I had lied to them about my birthmark, and for that I was very sorry. I then proceeded to inform them that the disfigurement actually was a skin graph for a 3rd degree burn I'd received while rescuing a cat from a burning building on the way to pre-school one typical Tuesday. I was sent home with a note from my canary-haired teacher, Mrs. Dodd, which said, 'Ronnie has a very active and colorful imagination that, although the class enjoys very much....blah, blah, blah.' It was the most exhilarating feedback I'd ever received, and it was then that I knew I wanted to be a teller of stories."

Award-winning writer and artist Ron Roecker has been moonlighting in Los Angeles as an entertainment and brand marketer, professional development coach and national public speaker for the past 20 years, while working on several books. In fall 2019, he wrote, illustrated and published his first book for children of all ages, "Why Ball Wouldn't Bounce," which was also the first book in the series based on idioms and adages, "Six of One, Half a Dozen of the Other." "Ball" became a hit with young children, teens, parents, and educators, as well as critics, having earned 5 out of 5 star reviews from LitPick Reviews, GoodReads, Reedsy
Discovery, Amazon, Kindle and Facebook Reviews. https://www.amazon.com/dp/1690822503?ref_=pe_3052080_397514860

Later that year, Roecker illustrated and published another book for the entire family titled “Why Christmas Is Cancelled: Santa Spells it Out,” which was based on a holiday letter he wrote in 2017 that was published and syndicated by the Kansas City Star newspaper. He decided to develop it as a book for the entire family with new, hand-drawn illustrations and published it in October 2019. It earned 5 out of 5 stars on Amazon and Kindle Reviews. https://www.amazon.com/gp/product/1695033280/ref=dbs_a_def_rwt_bibl_vppi_i1

As an artist, Roecker's work has been showcased at events and exhibits from coast-to-coast. He was selected to create custom pieces for the best actor and best actress nominees at the 81st Academy Awards, including Bradley Cooper, Michael Keaton, Julianne Moore, Meryl Streep and host Neil Patrick Harris. He also has been tapped to create exclusive pieces for cultural events and venues, including midcentury modern custom artwork for the Westcott Hotel in Palm Springs, among others.

As an entertainment and brand marketing leader, Roecker has worked with some of the biggest brands and most well-known celebrities in the world.

He is a pop culture expert and a creative mad man. He lives by his own life moto, "Be Differently," and the one he borrowed from Oscar Wilde, "Life is too important to be taken seriously."

His books are available in paperback and eBook/Kindle Edition on Amazon.com, and a portion of sales goes to non-profits such as Discovery Arts, Geek Club Books for Autism and more.

Ron Roecker 2 months ago
It has a lot of layers so it doesn't matter if you're 4 or 40, you're going to get something out of it.

Consistency is the hallmark of the unimaginative.
Oscar WildeConsistency 212

You alone are enough. You have nothing to prove to anybody.
Maya AngelouUncategorized 24