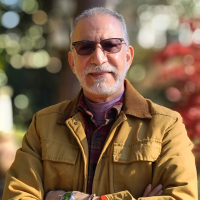 I am the author of the historical fiction novel, "A Hundred Sweet Promises" Winner of the 2021 American Writing Awards in Historical Fiction. The story is about the life of my grandfather, Nasrosoltan Minbashian - a famed Persian composer, who lived in St. Petersburg, Russia in 1913 and who fell in love with a Romanov princess he was tutoring on the piano. He later became the director of the Iranian Conservatory (Tehran Conservatory of Music). I am also a Universal Music Group (UMG) recording artist, with the Billboard chart-topping duo "Shahin & Sepehr."

Sepehr Haddad has earned excellence awards over time. Here is the glimpse of the accolades clinched by the author. 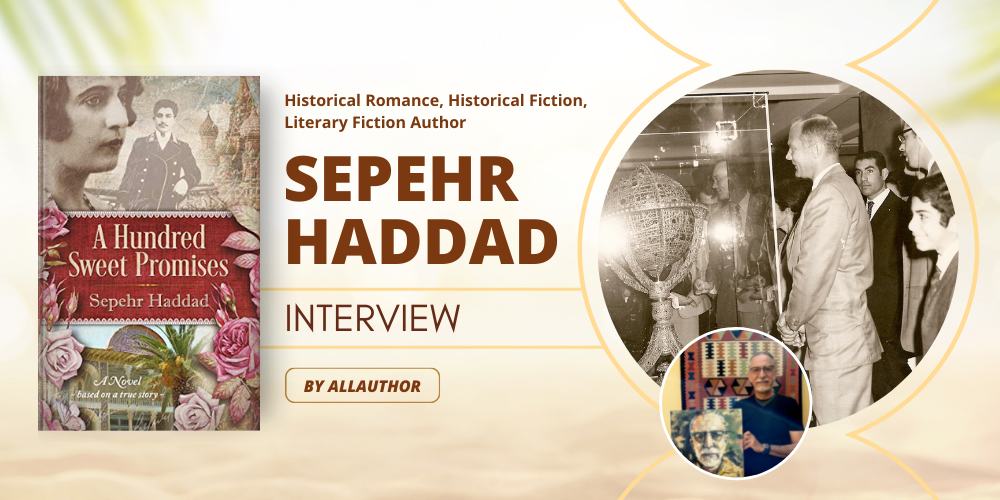 "Sepehr Haddad was born in the United States in Washington D.C. As a child, his dream was to become an astronaut. He has always enjoyed the art of writing. His novel, "A Hundred Sweet Promises" is truly a product of his being an Iranian-American. His novel is now a Top Ten best-seller in Russian historical fiction on the Amazon sales charts."
Do you have a simple childhood memory that you could never forget?

Yes, I was born in the United States in Washington D.C., but my parents who were both from Iran decided to return to Iran to live there when I was 8 years old. My father became the Vice Chairman of the Federal Reserve Bank of Iran and the building where he worked housed the Crown Jewels of Iran in an impressive vault. As a child, my dream was to become an astronaut and so I followed the Apollo 11 moon landing closely. At the age of 12, in July of 1969, the Apollo astronauts, Neil Armstrong (who was my hero), Edwin (Buzz) Aldrin, and Michael Collins, as part of their world tour visited Iran. During that visit, they wanted to see the Crown Jewels and my father was their host. My father knowing my interest in astronomy invited me to tag along and to meet them and get their signatures which was one of my childhood highlights. Attached is a picture of me as an excited 12-year-old at the far right with the 3 astronauts in the frame.

What kind of cultural value do you think reading and writing have/brings?

Writing for me is a joy, to be able to put words on paper to express my feelings is invaluable. The beauty of this art is that one can communicate with readers who feel the same way about things, be it love, passion, history, or whatever the author is writing about. I feel blessed that at a young age my parents moved to Iran, since living there opened a whole new world of experiences when I learned to read and write and speak the beautiful Persian language. My novel, "A Hundred Sweet Promises" is truly a product of my being an Iranian-American.

As a child, I mostly read what we had to for schoolwork, but since I went to the International School in Tehran (Iranzamin) and our instruction was mostly in the English language, we read books such as Moby Dick, A Tale of Two Cities, Crime & Punishment to name a few. In addition, in our history class, we would read publications banned on the street such as Das Kapital, etc.

What encouraged you to start writing stories of your own?

I have always enjoyed the art of writing, with song lyrics being the first time I put pen to paper. In addition to being an author, I am also a member of the musical duo of "Shahin & Sepehr" with Universal Music Group (UMG) which has had success in the music industry with multiple chart-topping albums on the Billboard charts. But before "Shahin & Sepehr", I was a singer/songwriter, and writing lyrics for my own songs was how I ventured into writing. After that, I did write a few short articles for web magazines, but my debut novel was my first truly professional attempt at writing.

What inspired you to write the story about your grandfather, Nasrosoltan Minbashian?

My grandmother revealed this secret about my grandfather’s life to me in 1978, right before the revolution in Iran. Soon after that, I left to go to college in California and forgot what my grandmother had told me. Thirty-five years later, in 2010, I decided to take my American wife and American-born sons to Iran on a visit. We passed by my grandmother’s apartment building in Ferdowsi Square, and I suddenly remembered what she had told me. When I told my wife the story, she suggested that I write a book about it.

When you start writing something new, what are some things you outline first?

The research for the novel was really the most difficult part. I was working for the Environmental Protection Agency in Washington D.C, when I first decided to write the novel, and retired in 2015 and spent six years researching and writing the book published in March 2021. The research was the most fun and, at the same time, the most challenging part of writing because I wanted to be historically accurate considering the periods I was writing about in Persia (Iran) and Russia in the early 20th century. I spent about 5 years researching the history of my grandfather's life and one year actually writing the novel. As a first-time novelist, the most challenging part for me was creating the fictional dialogue between the characters in the novel, especially how to write the way people spoke back then with a certain level of formality. However, as my writing progressed, I became more comfortable with that aspect of writing. The most enjoyable part was writing about the budding romance between my grandfather and the Romanov princess, always keeping in mind how my grandmother had told me the story.

How did you come up with the title of your book, A Hundred Sweet Promises?

A promise is a vow, a declaration assuring that one will or will not do something. Usually, when two people are in love, many promises are made regarding their loyalty and fidelity to one another, no matter the circumstances. In this novel, the lovers make many such vows, perhaps hundreds [of them]. It is up to the reader to decide if the characters remain faithful to their hundreds of sweet promises to each other, hence the title.

How did you find out about the several events from your grandfather's life that you have shared in your book, A Hundred Sweet Promises?

MY grandmother was able to tell me much of what I write about in the book one afternoon during lunch at her apartment in downtown Tehran in 1978. At the time, there was no access to the internet or an ability to check what she said through googling it. In 2010, when I finally decided to write the book after my trip back to Iran and I did the research, I realized how accurate her story had been. I also then talked to family members such as my own mother and uncle (Nasrosoltan's children) to corroborate what my grandmother had told me.

Did you expect your novel, "A Hundred Sweet Promises" to become the Winner of the 2021 American Writing Awards in Historical Fiction? What was your reaction?

As a first-time author with a debut novel, if I am to be totally honest, I never expected it and felt humbled and honored that I was awarded this prize. One Saturday morning when I checked my emails, I received the good news, and I was stunned. I have been blessed that the novel is now a Top Ten best-seller in Russian historical fiction on the Amazon sales charts, and just last month I received some more good news, that the novel was the recipient of the 2021 HFC Gold Medal for Historical Romance. I am very excited that the novel has received much attention.

When writing novels, is it better to have daily time-spent-writing goals or words-written goals?

Daily time spent, just like one does meditating or exercising.

Audiobook vs e-book vs printed book, which one do you prefer and why?

I always appreciate the printed book, touching the paper, holding the physical book in my hand. But, I do admit that having famed Shakespearean British voice actor Tim Fearon narrate the audiobook for "A Hundred Sweet Promises" (you can hear a sample here https://www.amazon.com/Audible-A-Hundred-Sweet-Promises/dp/B096BHMNS2/ref=tmm_aud_swatch_0?_encoding=UTF8&qid=&sr=) has made me a fan of audiobooks now.

My father just passed away a few months ago at the age of 99 just before turning 100 and he has left me 10 cassette recordings of very interesting events in his life. After hearing just one of them, I can see how his memories will be the inspiration I needed to begin writing my second novel.

I have benefited tremendously from the tools AllAuthor has provided, especially at first being an unknown, first-time author. AllAuthor provided a platform where my work could be made available to an audience that would otherwise not know of it. I feel honored that you took the time to interview me. I thank you for the opportunity. p.s., I am attaching a photo of a fan of my novel that enjoyed it so much, he painted a portrait of me. This is the true reward of writing, connecting with an audience that appreciates one's many years of hard work.

Have brimming questions to ask author Sepehr Haddad? Ask whatever you like, but keep it appropriate.
** Please note that unanswered questions will not appear on the page. Refrain from posting promotional messages.

The author, a good book and you! Contact Sepehr Haddad here.
** Please refrain from spamming and don’t bombard the author with promotional mails/messages. Your IP/Email address may be blocked if found doing so.