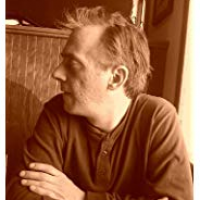 A storyteller writing stories of Science Fiction and Fantasy with Biblical influences. Writing a series like The World Of Strangers And Pilgrims lets me put out clean, adventurous stories for teens and young adults. I also enjoy running The Strangers and Pilgrims Podcast, for those that enjoy old time radio shows and audio dramas. I currently live in Missouri with my wife and two cats.

You can find the Strangers and Pilgrims Podcast on your favorite Podcast Provider.

Mark Castleberry has earned excellence awards over time. Here is the glimpse of the accolades clinched by the author. 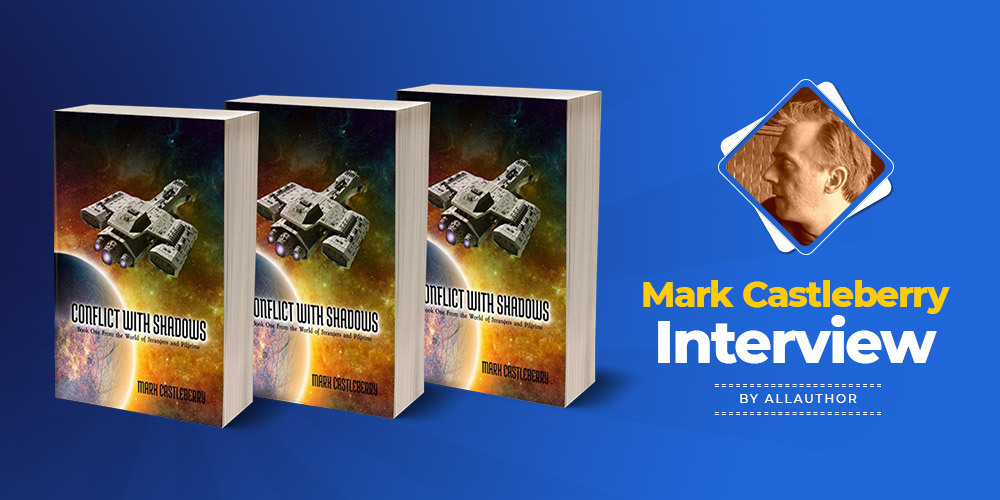 "Born in Williamsport, PA., Mark Castleberry has always wanted to be a writer. The author writes a very imaginatively, fast-paced series of books and stories with Christian influences that just may leave you breathless. Mark Castleberry’s Conflict with Shadows is a fascinating tale about the adventures of Jon Vega and Nicolea Dan in their pursuit to stop the Darkness from destroying their world."
What is the name of your hometown and what was the street where you grew up called?

I was born in Williamsport, PA., but grew up on a lake in central Alabama. There I met my and followed my wife to Missouri, where I now reside.

How long have you been writing? Have you always wanted to be a writer?

Yes, I have always wanted to be a writer and, I have been writing most of my life never having anything published. I tried to publish before, sending out queries and such (before the internet) always getting rejection letters. But I do enjoy the writing itself and being able to tell a story. So I have done it for a hobby for many years, and I have had my characters in my head for years. Now I have found a place for them and for their stories to be told.

What was your major in college? How do you think it has contributed to your career as a writer?

Computer Science, and it has not be very much help.

What are some underrated books or authors you know that never made it to the bestselling list? Why do you think a lot of very beautiful stories never get to see the spotlight?

I really don't read authors based on being on the best sellers list. If it's been published, it's not really underrated, in my opinion, but it always depends on one's reading preference.

What were some of your inhibitions and fears while publishing your first book?

Just the fear that people would hate my story. I self-publish because I enjoy that process as well.

What is the story behind the idea of "The Way of Cain: and Jonah's Run"?

This was mostly a trial run, to find out how the self-publishing worked and to find out all I could do to market it and such. These were written as short stories, but have been included in the book, "Conflict With Shadows". It worked perfectly with the story in the book. I put it out there as a short read on Amazon.

If you had to describe your marriage in a sentence, what would it be?

Happily married describes it pretty well. We support one another.

If you could be any character from your book, "Conflict With Shadows", who would you choose to be and why?

I don't think I would want to be anyone in that book. They are all a part of me, so I enjoy telling tales about them. So I would just enjoy being the narrator of the tale.

I get writer's block every now and again. I just have to put down the stroytelling and walk away for a time. I read and do other things, and eventually my brain starts to work again. The block fades away.

Never really thought about it, for I have never recieved any.

Which hurdles did you personally face while publishing your first book and how did you overcome them?

I am learning as I go, so I don't see any of it as hurdles. My first one was published with KDP and the other through Ingram Spark, and I really just noticed the differences.

What's your go-to order at your favorite hometown restaurant?

I have two projects in the works. One is a sequel to Conflict With Shadows and the other is about one of the characters personal lives within those books.

Mark Castleberry is a thinker and a doer. These are the quotes by famous personalities the author resonates with.

I never read a self-help book except for the Bible.
Jon HederBible 93

Have brimming questions to ask author Mark Castleberry? Ask the author whatever you like, but keep in the appropriate zone.
** Please note, unanswered questions will not appear on the page and refrain from posting promotional messages.

The author, a good book and you! Contact Mark Castleberry here.
** Please refrain from spamming and don't bombard the author with promotional mails/messages. Your IP/Email address may be blocked if found doing so.