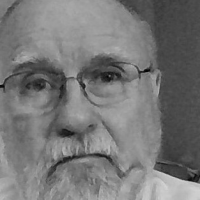 Ted Clifton, award winning author, is currently writing in three mystery series--Pacheco & Chino Mystery series, the Muckraker Mystery series and the Vincent Malone series. Clifton's focus is on strong character development with unusual backdrops. His books take place in Southwest settings with some of his stories happening in the 1960s, 1980s and current times. The settings are places where Clifton has lived and knows well, giving great authenticity to his narratives. Clifton has received the IBPA Benjamin Franklin award and the CIPA EVVY award-twice. Today Clifton and his wife reside in Denver, Colorado with frequent visits to one of their favorite destinations, Santa Fe, New Mexico. 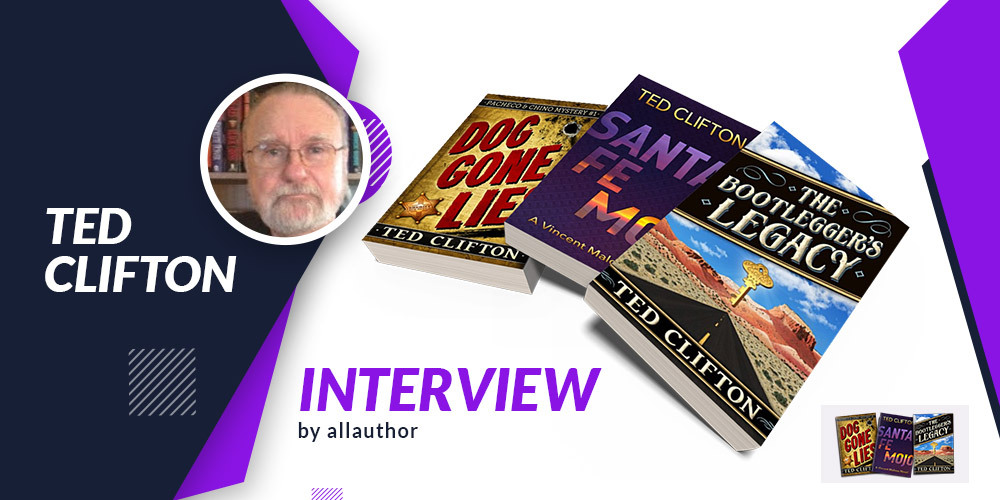 "Ted Clifton was born in Oklahoma City, Oklahoma. His fondest memories would be of the time spent outside playing with kids in his neighborhood. He writes about characters that are real to him—often the characters are based on people he has known. His books focus on characters and dialogue—it is how he writes. He graduated from Central State University which was a large commuter college in a small town not far from Oklahoma City. Currently, Ted is writing in a new series; The Hightower Chronicles."
Where were you born and brought up? What is the fondest memory you have of your childhood?

Born in Oklahoma City, Oklahoma; spent most of my childhood in a suburb of OKC --Midwest City. The town came about when a new air force base was established outside of OKC after WWII. (Wrote about that in Murder So Wrong). My parents were some of the first residents. My fondest memories would be of the time spent outside playing with kids in my neighborhood. It was a different world at that time with no hesitation to allow kids to play unsupervised often well after dark. It was a wonderful place and a wonderful time to have been a kid.

Where did you go to college and what was your major? How has it helped you in writing?

Graduated from Central State University which was a large commuter college in a small town not far from Oklahoma City. My first year I lived there, then got married and both my wife and I drove each day to classes. I was originally an art major, then a philosophy major, then a physics major and then…. well eventually I choose accounting. It was the quickest path to a good paying job. One of those life decisions you make based on limited information and regret for umpteen years. But I did get a good job. Not sure Central State had much of any impact on my writing, which of course happened much later in my life.

When did you decide you wanted to be a published writer? How did the idea come into being?

At a cocktail party talking to a guy who was teaching writing at the local community college. Told me he had been a very successful author, although he hadn’t written anything for years. It was one of those deals where if he could do that why can’t I? That encounter put the idea in my head—that I wanted to be a writer. Had no idea what that really meant, but the idea had been planted.

You have won a number of awards for your books and writing. Which one is the most special and why?

The first award was the most special; the IBPA Ben Franklin Award for The Bootlegger’s Legacy. Entered the book on a lark and it won—major ego boost and probably was a factor in writing more books.

How do you ensure that your stories, characters and dialogue feel real to the reader?

First off defining “real” might be hard. I write about characters that are real to me—often the characters are based on people I have known. My books focus on characters and dialogue—it is how I write. The stories are more often than not loosely based on some experience I have had in the past—not the murder parts but the way the characters interact, talk and even think, all come from what I have seen and heard.

What are some things that haven't been done in the mystery genre that you hope to introduce through your books?

Wow, I have no ide

If I knew I might not tell you—something that hasn’t been done in a mystery after a billion mystery books—I’m going to think about that.

In what ways do you relate to Mike from "The Bootlegger’s Legacy"? How did you go about choosing his name?

The two main characters in the bulk of TBL are Joe Meadows and Mike Allen. Mike is the son of the bootlegger who set the table for the mystery in the book. I related to both characters, maybe Joe more than Mike. Joe and Mike had been friends since grade school, and I definitely knew people like them in school. Mike turning to religion was an odd twist in the book, but it seemed to match his character. Nothing unusual about the name—matter of fact, I selected the very ordinary names deliberately—these were normal guys caught up in a very unusual adventure.

You have published three books in your "Muckraker Mysteries" series. How was your experience of working with Stanley Nelson?

It was pure Hell! No, no scratch that. Stan is a friend of mine with our connection going back to Oklahom

He went on to become a newspaperman and a writer. When the idea of the story about the newspaper business popped into my head I immediately thought of Stan to give me advice on how that world really operated. In those discussions about that timeframe, it just kind of came together that we would write the books together. I enjoyed the experience and learned a lot. Not sure we will do that again—writers tend to be hard to get along with—that is probably me; not Stan. The series was always going to be three books so not sure we will try another—but who knows.

How did you begin writing the "Pacheco & Chino Mysteries" series? Is it in any way inspired from your real life experiences?

Most P&C came about because I really liked the character who first appeared in The Bootlegger’s Legacy. TBL is really the first book in the P&C Mysteries. I had not planned that very well, since I was so new to what I was doing, so TBL was written as a stand-alone and after it was done I decided I wanted to write a series with Ray Pacheco. As far as my real life experiences, I have never been a sheriff or a lawman of any sort. But all of the locations are based on my real life experiences. My wife and I lived in Las Cruces, New Mexico, for many years and visited T or C where Ray was numerous times.

Why do you think many authors struggle with book marketing and promotions, even if they've written a great book?

In many ways the marketing process is out of character. I only know a few authors but they do not seem to be people who want to hype their stuff. I wrote it, there it is, enjoy! Marketing is tedious and never ending. You don’t market one day and forget it—it is on-going, time consuming and ever changing. To me the language of marketing feels like bragging-- I tend to find that troubling. But I do it and will continue to do it –so I can reach the readers. Without marketing there are zero books sales (well I have few relatives who buy some—but not many.)

If you had to be trapped inside one of your book worlds, which one would you pick and why?

I would consider Ray Pacheco’s semi-retirement environment in a small town. Of course his world of chasing bad guys is a little too risky for me—so maybe I would go more with Joe Meadows and his pile of cash.

What is the most outrageous thing you've done to write or publish one of your books?

Another good question without much of an answer. I tend not to do outrageous things, and if I did, I probably would not talk about it.

If my readers are following my blog or receiving my newsletter, they probably know I am writing in a new series; The Hightower Chronicles. The first book is progressing a little slower than I would like, but would hope to publish in 2020. Also, I have started the 4 th Vincent Malone book, Durango Two Step.

Is there a darker side to the book industry that not many know about? If so, what are some things you do to keep your head above the water?

It is an incredibly competitive industry with my portion dominated by one major retailer. It creates a sense of vulnerability in that there are lots of hoops to jump through to have a shot at a good selling book. Even though I now have multiple books (ten to date), it is still difficult to predict sales—good month one month; bad one the next—more often than not because the marketing choices for the bad month did not work. The only way to deal with the uncertainty is to write—that is write good books.

How long have you been with AllAuthor and what has your experience been like?

Not sure how long it has been, but it’s been a very good experience. Very talented people doing very creative work—much appreciated.

Have brimming questions to ask author Ted Clifton? Ask the author whatever you like, but keep in the appropriate zone.
** Please note, unanswered questions will not appear on the page and refrain from posting promotional messages.

The author, a good book and you. Contact Ted Clifton here.
** No Spamming: Spam is an irritant to regular users or the authors. Please note that bombarding promotional mails/messages is strictly prohibited. Your IP address may be blocked if found doing so.