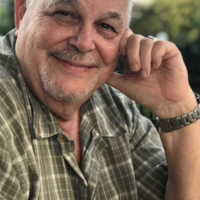 Thomas Neviaser, MD is a retired orthopedic surgeon who has traded in his knife for a word processor. He has spoken and written about bone and joint conditions, extensively in his 36 years of being in the field of orthopedic surgery. Since retired, he has written an orthopedic guide for the layperson to educate them through an easy to read and understand guide, THE WAY I SEE IT: A Head-to-Toe Guide to Orthopaedic Conditions. He has recently, published a paranormal/fantasy novel about the advertising world and its effects on people, YOU DEAR SWEET MAN.

His new novel, THE MYSTERY OF FILGHT 2222 has just been published:
Two strangers are seated together on an airplane and play a game to pass the time. The game consists of picking out 7 passengers, guessing their names, age, marital status, kids, profession, their past and personalities. Once asleep, they are awakened and informed of an impending crash into the sea. They survive with only 7 other people, those whose names are the same as they had guessed! Their ensuing adventure in a raft deals with death, sharks, weather, pirates on the high seas, other harrowing conditions, and their effectual rescue terminates in an unexpected twist of everyone's fate.

Immediately after retiring, he wrote THE COMB IN THE URINAL and Other Perplexities of Life, 16 short stories about everyday objects found in unusual places and MAN'S UNOFFICIAL GUIDE TO THE USE OF HIS GARAGE, a humorous yet instructive guide and gift for men trying to organize their garages.

He is a former columnist for the Culpeper Star-Exponent and a columnist the Culpeper Times newspapers, "The Way I See It" and "Them Bones and Joints".

He is also available for lectures on low back pain as well as knee and shoulder affectations. 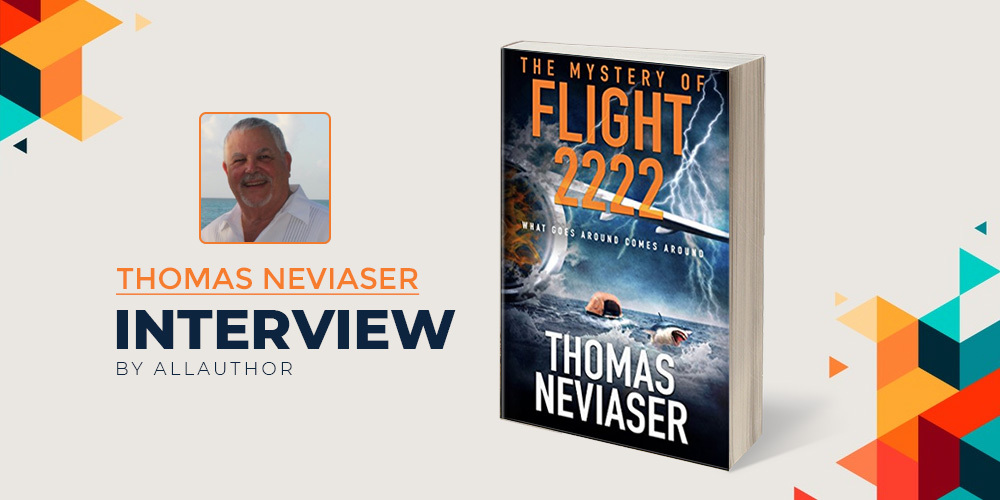 "After retirement, Author Thomas Neviaser felt it was time to stop and smell the roses and just started writing. His first book was a short humorous but instructive guide for men about their garages, man’s unofficial guide to the use of his garage. He always liked rod sterling's the twilight zone narratives, their suspense and often ironic twists of fate. Mostly, he writes about current events with a conservative viewpoint. The author is writing a story of his life as an orthopedic surgeon from medical school to now."
Which city or town did you grow up in? Where did you go to college and what was your major?

In your 36 years of being in the field of orthopedic surgery, how did you decide you wanted to write fiction?

After retirement, I felt it was time to stop and smell the roses and just started writing. My first book was a short humorous but instructive guide for men about their garages, man’s unofficial guide to the use of his garage.

What inspired you to write an orthopedic guide, THE WAY I SEE IT: A Head-to-Toe Guide to Orthopaedic Conditions? How do you think your book will help the layperson to educate them through an easy to read and understand guide?

Through my career I found that too many patients did not understand their conditions enough, and I feel that knowing more about their aches and pains produces better end results of treatments.

Why did you choose to write in the suspense and mystery genre? What do you love the most about suspense genre?

What is your blog DOCTOR TOM'S RANT about? What type of blogs do you usually write here?

Mostly, I write about current events with a conservative view point.

What sparked the idea for the paranormal/fantasy novel, YOU DEAR SWEET MAN? How do you think advertising people affect people?

I saw a very vivid advertisement on a subway. Its digital photo depicted a woman on a conference table so strikingly that I wondered how cool it would be if she actually moved within the ad. That ad inspired me to write the book. Advertisers manipulate the public to buy their product, yet the public does not know how well they actually use the public to their advantage.

What is your recent book, THE MYSTERY OF FLIGHT 2222 about? What is the best review you have received for the book so far?

HERE’S A BLURB FOR THE NOVEL: Two strangers meet while seated together on a long distance air flight. The more seasoned of the two creates a game to pass the time. They choose seven passengers and proceed to guess their names, age, occupation, marital status, personality traits and more about them. Later, they are informed of severe mechanical problems disabling the plane, leading to a crash into the sea. They survive along with only seven other passengers, incredibly the seven people from their game. The interaction among the passengers creates stresses well beyond one's imagination leading to a subsequent prolonged and horrifying adventure in a raft, presenting many obstacles to their survival including sharks, severe weather, death, hunger, thirst, declining physical and mental health, paranoia, and pirates of the high seas. Their long awaited rescue from the ravages of the sea is just the beginning of a trip to Hell and back.

FORTUNATELY, I HAVE A GOOD DEAL OF REVIEWS. HERE’S ONE: When I started reading this I was expecting I would be able to figure our where the story was going and what would happen to get there. I have to say I was pleasantly surprised to be continuously thrown for a loop throughout the entire book! I came to like the main character, Frank, and had a love-hate relationship with quite a few of the other characters. It’s such a fast-paced book that deaths in the book startled me often. The characters were well thought out and so engaging that you really wanted them to be rescued by the end of the book. I loved how well certain characters got along while others slowly descended into depression or just couldn’t quite cope with everything, as is to be expected. I won’t ruin the end of the book for you, but I absolutely LOVED the twist ending!! And I’m very glad that Thomas Neviaser was kind enough to explain the background of each character, so readers could get a better grasp of the whys of the characters decisions. I was surprised by the backgrounds of some of the characters but realized what happened in their past is what made them do what they did in the book. It was a very exciting read! I’m looking forward to the next book Thomas Neviaser comes out with!

Set in the 1970s, You Dear Sweet Man is a fun, retro sci-fi adventure. Why did you choose the 1970s as the setting of the book?

I wanted to show the way things existed before the technology of today and how difficult bobby’s job really was, how it affected his life, and how he never received the rewards for his work.

How did you come up with the idea of writing 16 short stories about everyday objects found in unusual places and how they got there in "The Comb In The Urinal and Other Perplexities of Life?"

Honestly? I actually saw a comb in a urinal at a restaurant and thought, “how did that get there?" from there, 16 stories popped into my head. Some of them are true stories. I always challenge the reader to find which ones they are.

Having written a piece of advice and how-to guide, "The Way I See It" as well as a mystery book, "The Mystery of Flight 2222", how different is writing fiction from non-fiction. Which of the two do you personally find more challenging?

Difficult. When you write non-fiction on a subject you are familiar with, it comes easy. Fiction is more demanding for me, in fact, with my last novel, I had written myself into a corner half way through and spent many hours researching and developing plans to get my characters out of my predicament.

Not really. My prized possession? Hmm! Kon tiki, the first book I ever read, by thor heyerdahl, 1950, more of an adventure than a mystery or suspense. To tell you the truth, I never had much time to read when in private practice, and I seem even more busy in my retired years to read as well. My entire life from high school, college, medical school, and training was full of in depth reading, so I guess it tended to burn me out a bit, but, now, writing is more inspiring and fun than reading. I should read other authors to educate myself in the nuances of great writers, but at the age of 78 and other hobbies, I don’t think it’s in me.

What about Helen Hampton in ‘The Mystery of Flight 2222’ is the most attractive thing according to you?

Her spunk! She is not the most lovable of the characters,but from the beginning, the reader gets the feeling she’s tough, and she eventually proves it.

What is something that most people don’t know about being an author?

I think it is the amount of time it takes to get a book from the first word typed to the finished product, and how difficult it is to promote and market one’s book.

Which is the next book to be released? What is it about?

I’m writing a story of my life as an orthopedic sureon from medical school to now. I don’t mean it to be an autobiography, but many people have asked me what my training was like. Through my years in medicine, I knew some of the most personal problems of patients, but they knew practically nothing about me. I just thought they and others would like to know. Will it be a best seller? I doubt it, but that’s not the point of writing it, is it?

Lastly, how has your experience with AllAuthor been so far? Would you recommend this platform to your author friends?

I have been happy with the allauthor platform and surely would recommend it to others.

Have brimming questions to ask author Thomas Neviaser? Ask the author whatever you like, but keep in the appropriate zone.
** Please note, unanswered questions will not appear on the page and refrain from posting promotional messages.

The author, a good book and you! Contact Thomas Neviaser here.
** Please refrain from spamming and don't bombard the author with promotional mails/messages. Your IP/Email address may be blocked if found doing so.