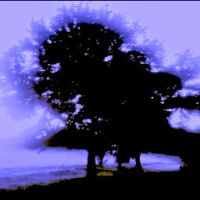 I am a writer of fiction and nonfiction. A lot of my recent work is short horror stories. Look for my books on Smashwords, Amazon, Audible, iTunes & more! 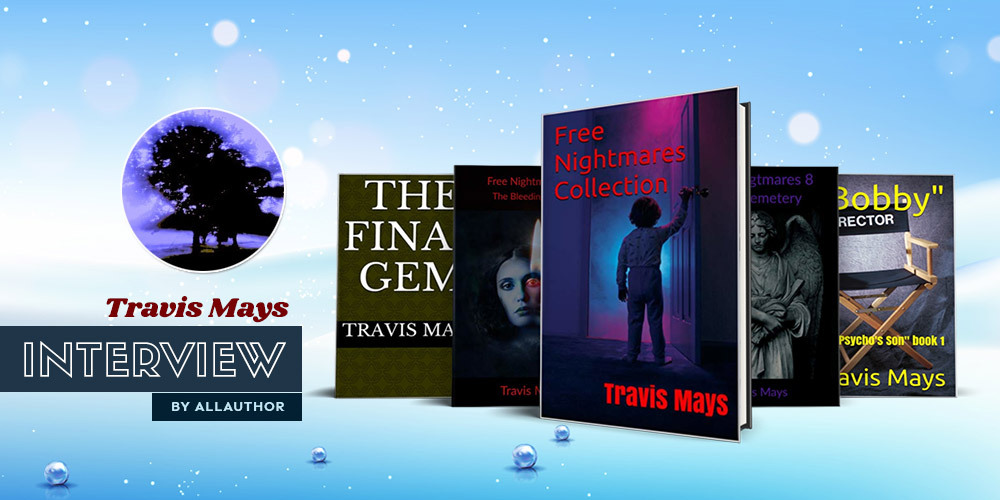 "Travis Mays is a writer of thrillers on the edge. Travis was eleven the first time the author completed a story that was truly fit for reading. Travis Mays is definitely one of the best horror short story writers in the business. The thrilling stories written by Travis are sure to keep you reading all day."
“What were you like as a child? Whom was your role model growing up?”

I was born with severe allergies to practically everything and had to be sheltered from it. Needless to say, I didn’t spend much time in the outside world. I was home educated by a teacher that would come by every day after public school was dismissed to spend a few hours with me. On top of the normal grammar school work, I was allowed to read most anything I wanted. I was quite upset when I was denied The Exorcist, although I did get to read it some years later. By then I was old enough to understand why I was previously denied.

As far as role models went I had many. I had an absent father, so my Grandfather was my male behavior model. My Grandmother was a model of cooking, sewing, etiquette, and entrepreneurship (she sold Tupperware and Avon stuff). Beyond that, I would say, Isaac Asimov, Alfred Hitchcock, and Clive Barker.

“When did you read your first story? What was it about?”

Honestly, I have no idea. It probably started with something like “See Spot run”. Lol The first book I remember reading was the Hardy Boys series by Franklin W. Dixon. I read a lot before that but my memory of those stories has been stored somewhere far from consciousness. Next was Pet Cemetery by Stephen King and Clive Barker’s Books Of Blood.

“What made you decide to get into the suspense genre?”

I don’t think my involvement in the suspense genre was a decision. I think a lot of the suspense in my writing is due to the way it’s written. I seldom know the ending of a story when it begins. I just start writing and let the story unfold. As I am writing, I too am in suspense.

“What is the first story you ever wrote and did you publish it?”

I believe I was eleven the first time I completed a story that was truly fit for reading. Starting with dialing 0 for the operator, I called different places until I was given the address to the producer of “Tales From The Dark Side”. I can’t say the address I was given was even real. Someone could have just played along to satisfy me (I was quite persistent). Nevertheless, I sent it off and watched every episode that aired until I eventually lost interest. I’m not sure how long it took. I’m still a fan of “Tales From The Dark Side”, although I don’t believe there has been a new episode in thirty years and I wouldn’t know my story now if I saw it.

“In which year did you come up with the Free Nightmares series?”

I wrote the very first Free Nightmare, A Paralyzing Sting, in 2016.

“Who inspired the character of the train engineer in “Devil’s Gate”?

There was no real event or person that inspired “Devils Gate”. The inspiration came from the old tale of musicians meeting the devil at the crossroads. Of course, a story only has the slightest glimmer of the original inspiration in the final outcome. I guess you say the characters are inspired by their needed characteristics.

“How did you manage to intertwine some important lessons into a story like The Cemetery?”

Sometimes incorporating the twist ends with something to think about. Although my stories are fiction a lot of them are based on real possibilities making the nightmare more than just a momentary scare.

“Free Nightmares is a collection of 26 books. How challenging was it to write and create all the stories in the entire series?”

I wouldn’t say it was challenging. Starting in 2016, I have gradually picked up the pace, Most of my stories kind of unfold as I write it. Some take two weeks while others take two days. The most challenging part is getting them in front of an audience.

“Have you ever played mirror games, calling some rumored horrific entity’s name a certain number of times in the mirror?”

Yes, many times during my childhood and teenage years, starting with “Bloody Mary” and eventually “Candyman” after first seeing the movie. There were others although they were probably our own stories fabricated to scare each other.

“Is there anything you would like your readers to know about you?”

“How do you feel about the rise in digital books in recent years.

I’ve seen a slight uptick in ebook sales, although mine has sold pretty steadily over time, I noticed more of an increase in audiobook sales. I don’t believe the paperback and hardcover will ever be obsolete, although more and more people are going to become dependent on technology as time goes by.

What’s the most spontaneous thing you’ve ever done.”

I joined a traveling carnival when I was nineteen.

“How do you decide what topic or subject to write on?”

I often have five or six stories all as WIP. I jump from one to another to avoid writer’s block. So I either choose from one of the WIP’s or start a newly inspired one,

“For how long do you plan to add short stories to the Free Nightmares series?”

My original plan was to write one hundred, but I will probably continue writing them until I take my last breath. Of course, there will be other series, most likely full-length books.

“How has been your experience of working with AllAuthor?”

I have had a wonderful experience with AllAuthor. The website is easy to navigate and the promotions are cost-efficient and effective. I would recommend it to authors who don’t have the time for self-promotion or just looking for a boost in sales.

Have brimming questions to ask author Travis Mays? Ask the author whatever you like, but keep in the appropriate zone.
** Please note, unanswered questions will not appear on the page and refrain from posting promotional messages.

The author, a good book and you. Contact Travis Mays here.
** No Spamming: Spam is an irritant to regular users or the authors. Please note that bombarding promotional mails/messages is strictly prohibited. Your IP address may be blocked if found doing so.