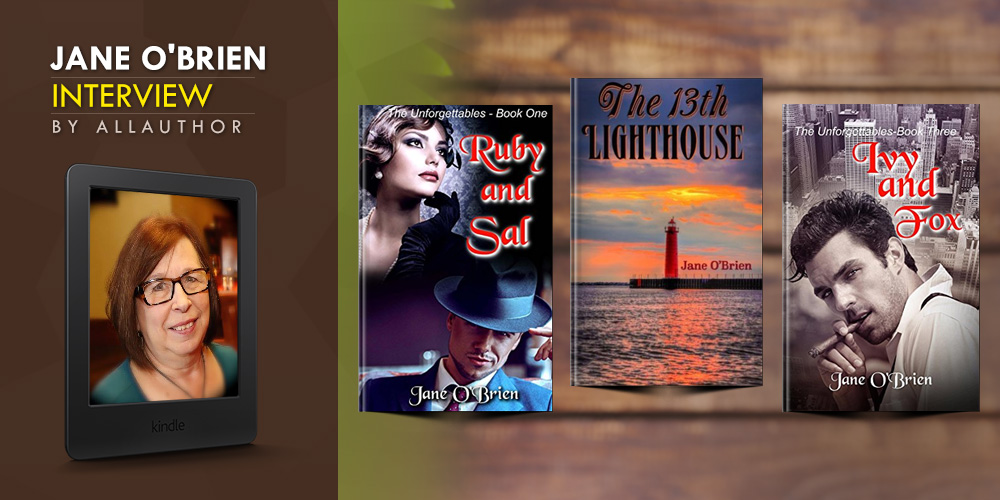 Where did you grow up? What made you become a librarian and what's the most fun you've had on the job?

I grew up along the lakeshore of West Michigan, then spent over forty years in other towns nearby, so I'm a Michigander through and through. I have recently moved back to the place of my roots and I love being home again after so many years. Lake Michigan restores my soul. From the time I was young I wanted to be a librarian. I used to put "checkout cards" in all of my books and "loan" them to my friends; of course, some of those friends were dolls. But they never had overdue fines!

Did you ever write anything in your earlier years that you never published? If so, do you think you would ever revisit those ideas, edit them, and make them into a book?

I have two children's Bible books completed which are meant to be part of a series. I wrote them before computers and the only way to submit them was to mail the manuscript. I was completely in the dark as to how to go about that. I did mail them in once to a Christian publishing house, and it happened to be the day of 9-11 in New York. Publishers were suddenly paranoid about receiving unsolicited mail, so I think it was thrown out. I never even got a rejection letter. I hope to give it a try again soon, if I can find the right illustrator.

What made you wait till after retirement to become a full time author? Do you ever wish you got into it sooner?

Every day I wish I would have started writing earlier. But then again, without computers for fingertip research, word programs, book cover creators, and self-publishing, it would have been so much more difficult. I waited because I sometimes worked three jobs at once. While I was a librarian, I gave piano lessons, and also ran a successful proofreading business for 16 years, in which I read court documents. Of course, I can't proofread my own stuff, but no one can. That's why they hired me.

Tell us a little about The Unforgettables book series. Did your grandparents or great-grandparents ever relate their early experiences to you?

I was always curious about my family's past. From the time I was young I would ask my grandma and grandpa questions and grill my mother about the World War II era. She loved to watch old movies with me and tell me how it related to her life. My grandfather knew Buster Keaton as a child. That story was the catalyst for Maisy and Max. And another grandmother and grandfather are from Ukraine, the setting for Ivy and Fox. In the early '80s, while helping my daughter with a school project, I got completely hooked on genealogy and still work on it to this day. I have learned more about history that way than I ever did in school.

Who was the inspiration for the character Ruby? What was the most difficult part about simultaneously writing two timelines and making them fit together?

My grandmother's name was Ruby, but she was not like this Ruby at all (at least, I don't think so) The nursing home where the story of Ruby and Sal begins is the one my mother spent her final days in, the rest is pure imagination. The most difficult part is finding a good transition between the present story to the past story and back. I actually create family trees on Ancestry.com to keep the people straight. Sometimes when I'm in the past, I don't want to leave because I know I will not see my "friends"again.

What are some themes you play around with in "The 13th Lighthouse"? What are some things you hope your readers will take away when they read this book?

I guess the main theme in The 13th Lighthouse is that you never really know who you are, and we all have that longing to know. Documents don't tell the true story. And as they always say in genealogy - mother's baby, father's maybe. Every family has secrets. That's what I love to write about best.

Does writing energize or drain you? Are there days when writing is more difficult and what do you do to get out of that slump?

Writing energizes me. Yes, I can be tired after a long time at the computer, but in my heart I am a much happier person after a few hours of writing. Some days it's difficult to get started, especially at the beginning of the book when I'm not quite sure where I'm going yet. I sit at the laptop and tell myself to just write anything. I can always delete it. Usually after just a few words, I'm on a roll, and my fingers do the rest, sometimes without my consent.

If your laptop crashed and you had to choose between saving either "The Dunes & Don'ts Antiques Emporium" or "The Kindred Spirit Bed & Breakfast", which would you pick and why?

That's like asking someone which one of their children would they save in a house fire! They're both my babies. I think The Kindred Spirit has more substance and seems to be a favorite among my fans, so I might take that one, but this will never happen to me. I back up each day's writing on a USB flash drive. Each book is on its own drive, so if something happens to one, I don't lose it all. Once a book is published, the drive goes in a fireproof box. Over cautious? I think not.

Are there elements of your own family that you wrote into the Henley family in The Lighthouse series? Which sibling in this book do you relate the most to?

The Henleys are not like my family at all. I do not have their heritage or ancestry and I have never lived on a vineyard, but there are many people who pop up while Belle is traveling that are family members. I won't tell who they are, but they know. It's fun to hear about it when they recognize themselves. My husband is in every book in one way or another as a side character.

In order to truly capture the horrors of war and PTSD, what are some resources you used or people you talked to?

My father was a WWII hero. He received two bronze star medals for bravery. He never talked about his experiences when we were growing up, but when I got older he told a story or two, and as the 50th anniversary of The Battle of the Bulge was celebrated, he talked a little more, but he usually glossed it over. After watching movies like The Band of Brothers, and Saving Private Ryan, I became more aware of what he had really gone through. Looking back on my childhood I now recognize that he had PTSD. He never drank or did drugs like the returning soldiers seem to do these days, but he would often go to a quiet place. He would get depressed and sit in his chair without talking, or he would spend hours alone repairing old radios and TVs. He was also a woodworker, so after retirement he spent many hours a day in his workshop making toys. Each soldier handles things differently, and this was his way.

How is your day structured? How many hours do you write in a day?

I am an early riser. I usually get up at 5:30 or 6:00 and without any caffeine, I go straight to the computer and start my day. I spend a few minutes waking up by browsing through Facebook and Twitter, and promoting my books, and then I dig right in. I usually write about two hours a day. My hands get tired of typing after that, and I need a break. Sometimes if the story line is exciting to me, I go back later that day and do more.

As a piano teacher, have you ever come across a prodigy?

I have taught several very talented students. One little boy was only 7 or 8 when I started him out, and he was exceptional. He was one of my first students; I was only 17, so I don't think I can take much credit, because I only taught him for a few years. But I knew he was very talented even then. He later went on to Julliard and became a professor there.

What is the best advice, regarding writing, that you've ever received?

Write what you know. There's no sense in even trying to write about a location or subject you have no knowledge in at all. It will always come out sounding fake and your critics will notice small things that are wrong and call you out on it.

Author Jane O'Brien was the daughter of a WWII hero who grew up along the lakeshore of West Michigan. Ever since she was a child, she wanted to be a librarian. In her early days, she had two children's Bible books completed but unpublished, but she hopes to try again after finding an illustrator. Although she started writing later in life, she also served as a librarian, gave piano lessons, and also ran a successful proofreading business for 16 years. She likes to add her husband in every book in one way or another as a side character. Jane is an early riser, waking up at 5:30 or 6:00 and usually writes about two hours a day. To new authors, she advises to "Write what you know." 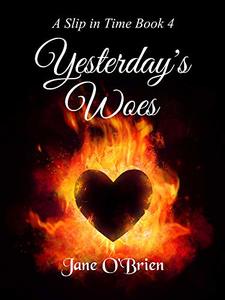 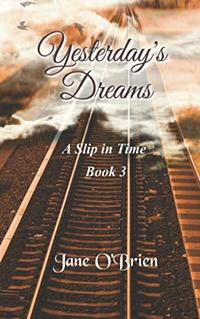 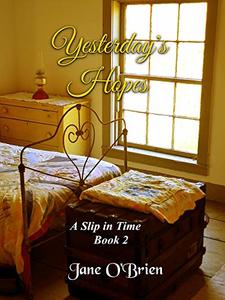 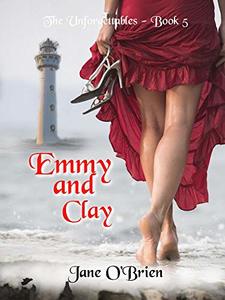 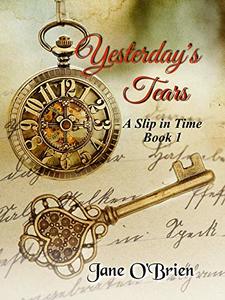 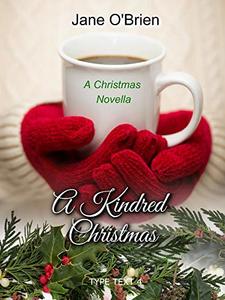 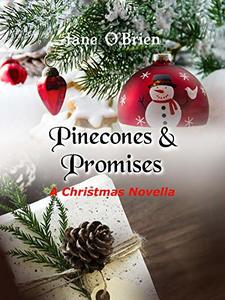 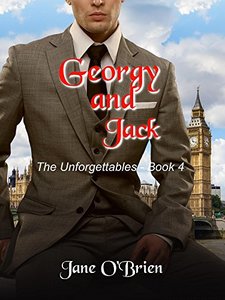 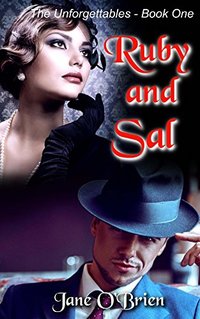 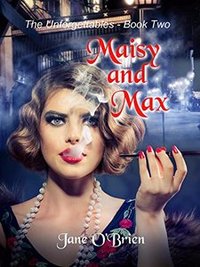 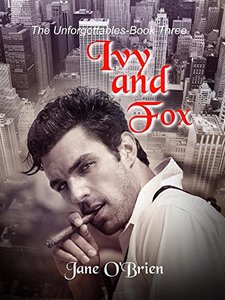 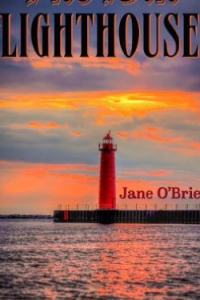 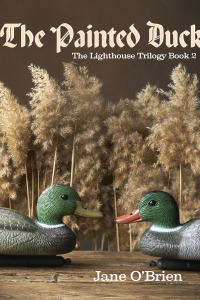 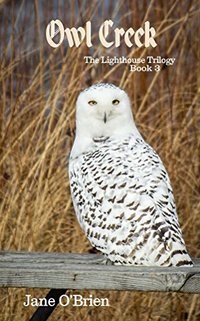 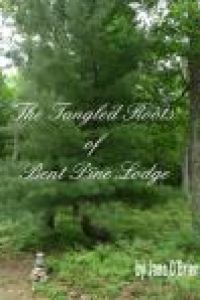 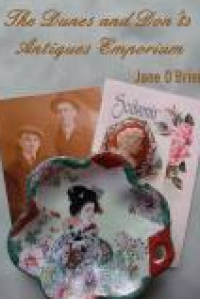 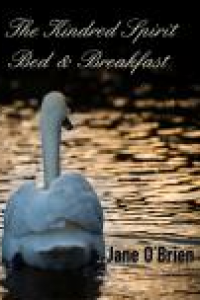