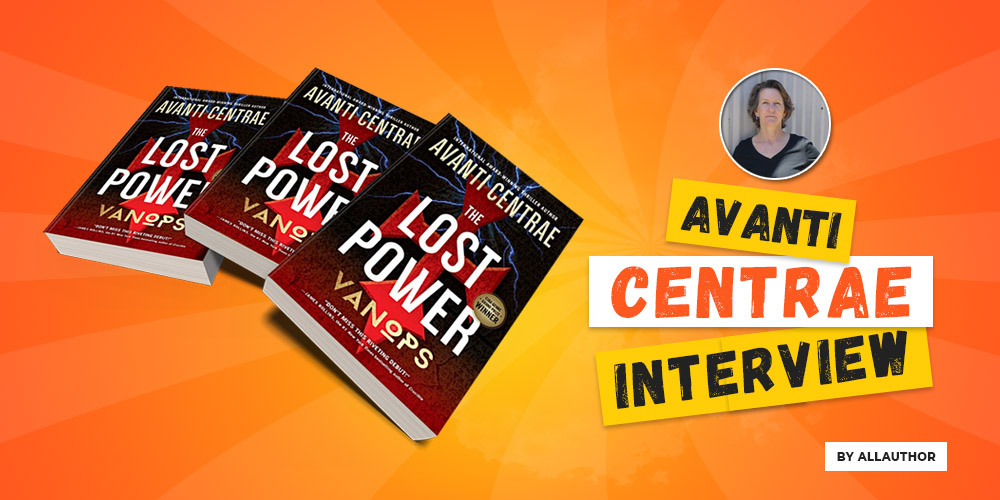 How did you chance upon writing as a career? Did you ever dream of becoming a writer?

From the time I learned to read, I dreamed of becoming an author. Characters have been my life-long friends, and authors my heroes. I always wanted to keep readers company on dark nights, and when I turned fifty, I decided to make it happen.

Why did you choose to write edge-of-your seat thrillers?

My favorite activity is adventure. I love to travel, hike, and spent time as a white-water river raft guide. I’ve also been fascinated with fear and the human potential to overcome it, so thrillers seemed a natural fit.

From where (or whom) do you get the inspiration of your characters?

There’s a two-thousand year old system of personality typing that I use for character skeletons, and at some point, the characters begin to speak to me. I learn their habits, their quirks, their thoughts, and their fears. At some point, they become fully fleshed out.

We realize fiction is just that, but we find ourselves wondering whether there is some truth from the author herself imbibed in it. Is that so with your books as well?

Sure, I pull from my international travel, my time as an IT executive, and a lifetime of adventure to craft my novels. Experts say to write what you know, and that’s true. I think you also need to write what you love, as you’ll spend a lot of time with the research, and the story, before it hits stores.

How did you begin writing the VanOps thriller series? Did you expect it become an award-winning series?

I envisioned a series of stories that revolved around an ultra-black directorate within the CIA with the mission to stop extreme, obscure, or arcane threats. That was my inspiration. And I always hoped the series would garner critical acclaim. My smile was as wide as Texas when THE LOST POWER took home not only a genre grand prize blue ribbon at the Chanticleer International Book Awards, but also an honorable mention at the Hollywood Book festival. Competition was fierce for both contests.

How did you come up with the story of "THE LOST POWER"?

I began with an idea of what the heroine would look like at the highpoint of the story, and began layering on plot twists and complications from there. Her name became Maddy Marshall, and she needed a sidekick and a romantic interest, so her twin brother, Will, and a broad-shouldered marine were born. Russians became the antagonists, and Alexander the Great’s mysterious Egyptian weapon became the object that they all needed to find. It was fun to layer in the science that powered the weapon.

What is the best review you have

Readers’ Favorite gave it a five star review and the reviewer said, "The mystery of finding the weapon, the responsibility on the young woman's shoulders, and the constant threat of being chased was a perfect combination that had me sitting on the edge of my seat and holding my breath. This is one of the best action/thrillers I have ever read and I can’t wait for the next novel in the series."

What is your favorite book – something that no matter how many times you read, you still get the chills and the emotions from it?

My favorite books are in Robert Jordan’s Wheel of Time fantasy series. I’ve listened to all thirteen tales numerous times. He did an amazing job with the world building, telling the story from multiple points of view, and I appreciate the magic the heroes learn to use. I don’t write fantasy, but do try to imbue my stories with a little everyday magic.

Have you experienced writer’s block? If yes, how do you cope with it?

There are times when I’m working on a chapter and am not seeing the conflict, or feel unable to make the atmosphere what I want. When I get stuck like that, I’ll do something to get my creative juices flowing. Some of the things that work for me are meditation, showers, and walks.

How do you manage blending intrigue, history, science, and mystery into non-stop action thrillers?

It’s a trick pulling all the pieces together, but tons of fun, too. When I was a kid I worked a Rubik’s cube puzzle until I figured it out. Plotting is a lot like that for me. I move all the elements around at the outline level until it’s lined up just right.

Where do you think your strengths and weakness lie, pertaining to books that you have published so far?

My grasp of grammar has improved since I began, but I still lean on editors to polish my manuscripts. I think my strengths lie in my ability to plot great twists, and set up suspense so that readers have to turn the pages.

What is the major obstacle that you faced while writing the character of Maddy Marshall?

Finding the balance of giving time to her character growth while she’s running for her life was a challenge. She’s being hunted by a dangerous Russian sniper in THE LOST POWER, and at the same time, needs to deal with grief and fear. Thrillers don’t generally have much emotional processing at all, but she needed to have some, and I struggled with getting that balance where I wanted it.

Are you working on a new book? Is it going to be the second one in the VanOps thriller series?

Yes, currently titled THE SOLSTICE COUNTDOWN, the next book in the VanOps series has some of our original characters—if they all survive—and introduces several new characters. One character is an archeoastronomer, and another is an assassin with bold facial tattoos. Here’s the tagline: A computer-app designer. An encrypted relic. Can she decipher the dangerous code before extremists trigger a high-tech apocalypse?

How many pets do you have? For how long have you been with Gracie?

I have two dogs and two cats. Gracie is my two-year-old, ornery German Shepherd. When I’m not writing, I’m throwing the ball for her in our large backyard.

I love several of the AllAuthor features, including the mock-up banners, and appreciate this interview. I’d absolutely recommend it to readers and especially fellow authors.

Avanti Centrae is the author of the award-winning VanOps thriller series. She loves to travel, hike, and spent time as a white-water river raft guide. Her strength lies in her ability to plot great twists, and set up suspense so that readers have to turn the pages. When she is not writing, she is throwing the ball for her ornery German Shepherd, Gracie in their large backyard. 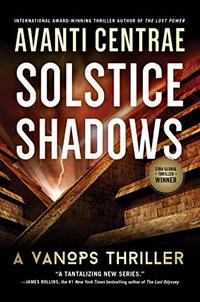 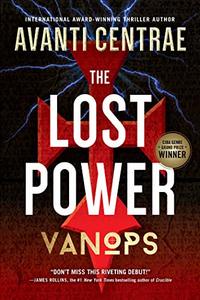