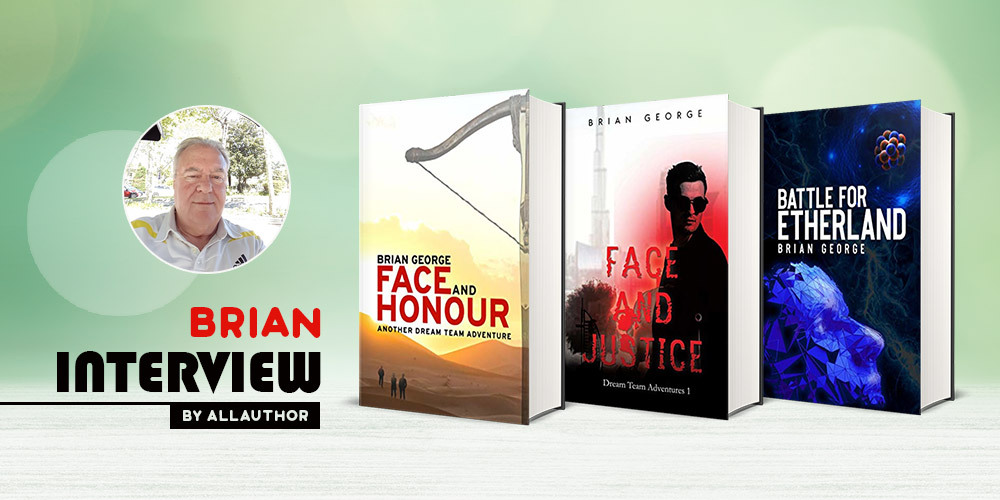 Where were you born and brought up? What impact has it had on your writing?

I was born in Barking, it is part of the East End of Greater London nowadays, back then it was in Essex County.

Where did you go to college and what did you study?

I went to Park Modern secondary School and left at 16 yrs. All my later training was either on the job, or for a spell at a College. I was awarded a degree later because of my work experience.

Why did you choose to write in the crime fiction genre?

I like the genre because I can relate it to real life and make the action fit my imagination. I can make even the strangest story plausible.

Reading and books have been my life love. For someone like me who hated exams and came from a rough school they always educate better than any teacher. There are elements of history in adventures from authors like Wilbur Smith, from the crime thrillers of Ian Rankin, or even in science fiction from Jules Verne and H.G. Wells. Good fiction will always drag the creative out of you. I research all manner of subjects via books. The experiences of Gurus, training manuals, you can find anything out from reading. To answer your question properly. Culturally they help me rise above the current clamour and divisions in society since Brexit. Spiritually they have always answered questions, when I’ve gone looking. Who could not be influenced by “The Life & Times of a Yogi” for explanations of where truth is stranger than fiction? Socially, libraries benefit whole communities in the same way.

What are some challenges involved in being a freelance copywriter?

Finding more work, marketing is the real challenge to a solo freelance copywriter. Adapting to the changes between the different companies and niches.

How much do you research to base your characters on real people and places?

Most of my characters have been based on real people and observations, often on real events also. I keep much in my head, and occasionally take notes. The character will be based on a visual of a real person, but their story comes from my imagination. There are only a few characters that I’ve created completely from within, but even then I’ve had to go and look for someone to fit. I need that picture in my head when I’m writing about them. The character I love that I created like that is Lin Fu, she’s the sage of the group. I looked for about 3 years before I found someone to fit. I saw a woman in China who matched her perceived elegance and I actually asked her permission to use her image. Her and her husband later became good friends.

For how many years did you practice Arhatic Yogi? What lessons did you learn?

I have been practising Pranic Healing & Arhatic Yoga for 7 years. But I was always a meditator. I learnt that the universe works in amazing ways. That answers can come to the most complex problems in flashes, in my case even in a page in a book, which will fall open and a passage will tell me. The transference of energy in many forms and how we can all with practice access answers to many life problems. It is Quantum Mechanics in practice.

How did you begin writing The Dream Team Adventures series?

I had the plot in my head for the first book for about 10 years and had tried to write the story many times. I was at home between projects and chatted by email with another author, who gave me the advice to use my biography to kickstart the main character of Barry Parker. I took up her advice and got the character to where I wanted and the plot flowed from there. Once I finished the manuscript I went back to the beginning and changed his life from my own into his own. His surname of Parker was my mother’s maiden name, it was a way of keeping that alive. Once the first book was out of the way I didn’t want to waste the team concept and 2 more books followed using other real life instances that happened along my own travels. I’m now on a 4th where the team are getting older and new younger characters are gradually getting involved. There are many stories in my head yet for them.

What challenges did you face while writing a short story in rhyme, "Battle for Etherland", based on a battle in the parallel world?

Not too many challenges really, apart from keeping it going long enough to make it interesting. I kept coming back to it over a period though, usually at night before sleep. I like writing in verse and the parallel world theme came straight out of my meditative state and a visit to Kew Gardens, which also influenced another book.

Is pranic healing based on belief? You heal because you believe you will heal?

Pranic is based on energy, and is a science based on nature. It has its similarities in Reiki and other energy healing practices. Anybody can learn it and call it belief, faith or whatever, I have seen it work in many cases. It is based on helping the body to heal itself. The official version from their website:-

“Pranic Healing is the sublime science of healing physical and psychological disorders by cleansing the prana (vital energy). Pranic Healing has gained popularity as a highly effective no-touch, no-drug complementary therapy system that treats and purifies the prana to heal ailments and provide solutions for day-to-day problems.”

What challenges did you face while creating Barry's character?

The main challenge was to get the reader to like him despite his roguishness as a robber. I wanted him to be seen as a tough guy who didn’t mind breaking laws to bring justice for him and his friends and gradually grow into someone who rights wrongs. There are many comparisons in Robin Hood, & Lee Child’s Reacher maybe. Only the readers can tell me if I achieved that I guess?

On whom is Annie's character in "Face and Honour" based upon?

Annie is based on a Chinese Bar girl. When I worked in the UAE I used a bar regularly and she worked out of there. In between her ‘work’ she would come back and chat to us lads. Like regulars in any pub she became one of ‘the lads,’ she was very helpful, gentle and kind. Any new girls, she would help through their tough life, for us guys if we needed anything, say a mobile phone sim, she would help. We would buy her drinks or dinner occasionally. She was the archetypal “whore with a heart.” If any rough guys from out of town came in and mis-treated or didn’t treat her or her girlfriends like ladies, the regulars would protect her and them. She was a nice person in an unfortunate job, because of her circumstances, like so many others. We all loved her for her good heart and respected her for the sacrifices she had made to fund her son through university back in China. I’ve met her since and she is now a happy grandmother with a secret past.

Did you miss travelling during the lock-down? Where did you travel to the last time?

I miss travelling every day. Just not having the freedom hurts. When I get back home from a trip or project I have itchy feet after about 2 weeks. Our lockdown is still on until the 4th July and I am, because of my age and a previous condition, considered at risk. My last overseas trip was to a Yoga Retreat in the Philippines, up at the Volcano that recently stirred for a couple of weeks, at Tagaytay. It was on an amazing organic farm, with 2 weeks of Arhatic practices. Meditation at sunrise while in a pool is unbelievably powerful and healing.

I have 2 ongoing at the moment and many more in abeyance. One I wrote for the NaNoWriMo competition last November is finished at 52000 words, but I want to add more to make it leap from Novella to Novel. It is about another Chinese woman. A wealthy ex-fashion model with an abusive past, now running her own agency with her sister, and supplying models worldwide. She is getting older and wants a man for no strings fun occasionally. It started as “Pretty Woman” in reverse and became more of her success story as they become a couple. Success brings her to London, where she is kidnapped and ransomed by a Youth Gang. Her guy also has a past as a tough guy in his youth and he resurrects his old mob. He also funds some ex-military mercenaries to rescue her with extreme force. They go back to China and get married, but then other information arrives as to why the kidnap happened. Lots of other twists in the tale, more travel. I just need another sub-plot to flesh it out.

My other plot is for the new Dream Team characters and involves them becoming more involved in a mix of real adventures and some telepathy experiments following Lin Fu’s theories on Ley Lines and huge ancient stones. More fighting of a corrupt property developer in Spain.

Very pleasant so far. I am still a struggling author and wish I could afford more of the services. The review was amazing and extremely detailed. I’ll get there for more reviews as soon as I get more copywriting work and money coming in, because I believe in my characters and stories.

Born in Barking, Brian was awarded a degree later because of his work experience. Reading and books have been his life love. Most of his characters have been based on real people and observations, often on real events also. Author of The Dream Team Adventures series, Brian been practicing Pranic Healing & Arhatic Yoga for 7 years. The author has the ability to make even the strangest story plausible. 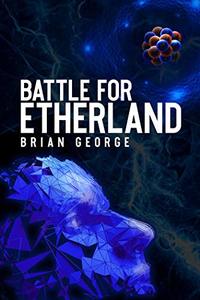 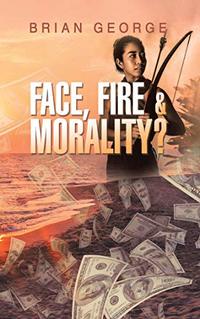 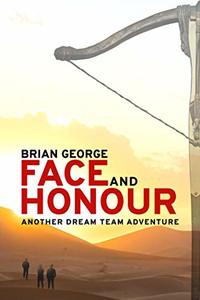 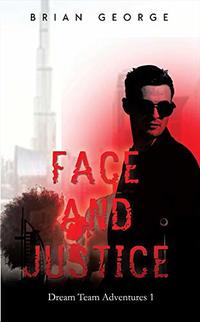