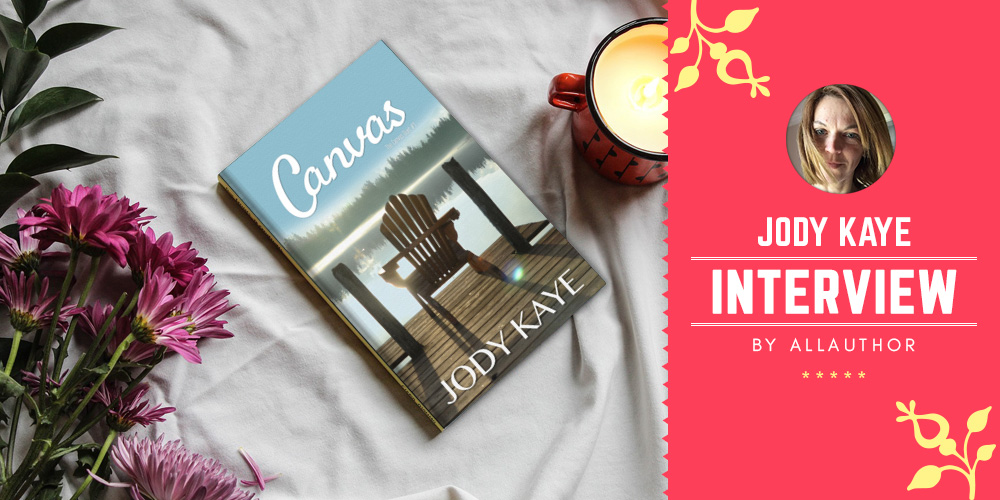 Do you remember a point in your life when you realised you wanted to be an author? Or has this always been your aspiration?

I’m still trying to figure out how I became an author! If anyone told me three years ago that today I’d be writing my 7th book I’d have replied they were crazy—with the same wide-eyed disbelief my husband had the day he found out I had binders of unfinished manuscripts hidden away. I’d always had a knack for scene writing, not puzzling those into workable plots. If I wasn’t issued the challenge to finish one, I never would’ve considered publishing a novel.

What would you be doing right now if you weren’t a writer?

I’m a crafty, frugal, a compulsive organizer, and have only just broken the habit of raising my hand to volunteer for everything. If I wasn’t writing, you’d most likely find me alphabetizing classroom bookshelves and brainstorming a fundraiser to get teachers more books at the best unit price. After printing off bookplates, I might even sew tote bags for each staff member to carry the books in.

Have you had any other jobs apart from being an author?

My professional background is in marketing and graphics with high-tech firms. I’ve created airport billboards for companies that provide universal access to legacy software, designed user-interfaces as part of the foundations of online order entry prior to Y2K, and run trade magazine advertisements after 9/11 for Check 21 (the reason why people in the US now get digital images of checks instead of the paper ones returned.) I still contract from time to time with small businesses and other organizations. I love that most, and am amazed that being an indie-author uses every skill I learned in the past.

What is the most ideal setting for you to write in? When are you most productive?

Mid-morning. After playing music loud enough to shake the house, it gets library quiet in my office. Although, my absolute best writing days are afternoons spent sitting out on my back porch listening to the birds chirping and getting distracted by deer in the yard instead of the internet.

Do you think you were inspired to write about quintuplets and stories about families because you have a big family yourself?

Not at all. I had this epiphany to write a large-cast series about siblings and how their lives intertwined. One differentiator in the Kingsbrier Quintuplets books is that while there is a central romance, the main characters don’t exist in a vacuum. Their actions, as well as the other character’s reactions, have implications on everyone’s lives. While each book is a stand-alone, the broader story arc plays out in each novel. The first challenge in “raising” five kids was that I kept forgetting how old they were. In frustration, I decided that they were a set of multiples… “ a pair, a spare, and a spare, and yet another spare; a set of identical twin boys and three more babies.” This allowed me to generate a broader backstory, adding layers of sibling rivalry, hidden animosities, alliance building, and their own interpretations of each other as they mature.

What is the most challenging part of writing such character-driven books and books based on families?

The minutiae. Fans remember details about their favorite characters the same way that they remember who in their own family likes pickles on a hamburger.

Since you have written a series and a duology, do you think that cliff-hangers are important in keeping the reader interested? Or is it possible for authors to do without them?

Not necessarily. My first book, Canvas, is an interesting beast. I never had any intention of writing anything else. I hadn’t considered the book a cliffhanger. I’d used my imagination and told other they needed to use theirs to decide what happened next. Beta readers insisted on a continuation and, when they read the draft of Imprint, even suggested that I combine the duet into one book. At the end of Imprint, two main characters aren’t mentioned and I get questions about them. Likewise, I find Quint readers are as interested in the next romance as they are catching up with the couple in the last. Readers heavily invest themselves in characters and want to know everyone’s gotten what they deserve in the end. If you’ve got great characters readers will intuitively return to make sure everyone is still living happily ever after, cliffhanger or not.

Your latest book, “Cavanaugh”, is about an intelligent and strong-willed female character who fought against many odds. Is this character inspired by any women in your own life?

No. Although, I’ve certainly known some amazing woman whom I admire. Rose is an amalgam of the best and worst parts of her children to give you insight into their foibles. She’s also a reminder of how women and relationships evolve over the years and how experiences shape a person. Your parents and your grandparents were once young and hero and heroine of their love stories.

Who was your favourite character to write from the Cavanaugh family?

It’s always whoever is coming next. For instance, in Eric I loved writing Brier. But in Brier’s book when Daveigh struggled she was my favorite. The only exception to this rule is the next book in the series, due out this fall. I’d been itching to write the romantic interest, but didn’t like Adam until I had a viable plot. He's been the toughest character to write so far.

What inspired the story of your first novel “Canvas”?

Without spoiling too much, I’d simply started writing about a little girl who was dancing in the rain at her father’s funeral. She’s innocent and not capable of understanding the somberness of the occasion. Then I asked myself, “What would happen if the person watching the girl had always been in love with her mother?”

What is the most important resource for an author in today’s day and age, according to you?

A support system. Because I do everything for my books with the except the edits I tend to joke that I’m a one-woman show. Reality is I can’t do it all myself. I need a kick in the pants from my husband, a friend to listen on a tough day, other authors to help me navigate my way through the business of writing, and readers who’ll share the excitement of a new release.

On your website, you describe yourself as “a native of nowhere”. Can you tell us more about this?

My dad was in the Air Force. I was born in Texas and began moving at two months old. My children once tried to calculate how many places I’d lived before meeting their father and lost count in the twenties. We did reside in the same small New Hampshire town for a decade, before coming to North Carolina. It’s about as close as I have to a hometown. That’s not to say I don’t have roots. They’re just spread wider because I was given the opportunity to see so much of the world.

You have mentioned before that you spend a lot of your free time reading? Who are some of your favourite authors? How have they influenced your writing?

In the past 5 days, I’ve binge-read four books. Two were purely for entertainment, but I freely admit that I read as part of mastering the craft. Sometimes I get hooked on an author trying to piece together how they’re creating a fan base, are attempting world-building or developed their characters. One of the saddest things I hear from other authors is that because of deadlines and other responsibilities they don’t have the same amount of time to read anymore. That alone engages my desire to keep reading. I also love getting lost in historical fiction and learning something new in the process. Jennifer Hallock wraps me up in her Sugar Sun Series the same way Diana Gabaldon did when I first picked up Outlander. Other authors that I won’t hesitate to recommend are Denise Grover Swank, Carian Cole, Kaylea Cross, and J.R. Ward.

I’m writing the last planned Kingsbrier Quintuplets stories in tandem while trying to decide if I expand to other genres. There are plenty of ideas to keep the family going beyond what I’d ever intended. It’s a huge compliment when fans request more information about their favorite characters. Yet, when a reader comes to me for a book recommendation outside of coming-of-age and family/saga and remarks that they’d love it if I wrote in that genre it’s hard not to take them seriously.

Author Jody Kaye’s hometown is the world. She was born in Texas and has since lived in over twenty different places. She has yet to figure out how she became an author and ended up writing seven books in the span of three years! She is an artist, a book lover, and an organizer. She has worked in marketing and graphics and uses the skills she honed regularly, as an author. The best place for her to write in is a quiet library after she has listened to really loud music, but she also enjoys writing outdoors and getting distracted by birds and animals. She once wrote about a little girl, dancing in the rain at her father’s funeral. She wrote about her innocence and her inability to understand the sombreness of the occasion. She then thought about the person watching this girl and what would happen if they were in love with her mother. And thus, her literary masterpiece ‘Canvas’ was born. Her writing has only escalated since then, with a series and a duology; and she believes that none of this would have been possible without a strong support system, which is an author’s greatest asset according to her. 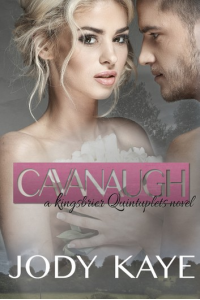 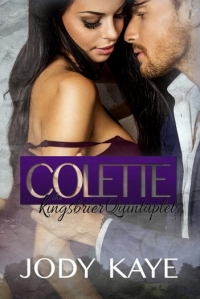 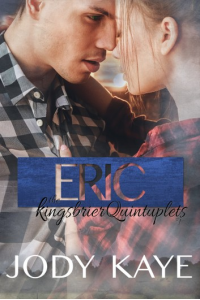 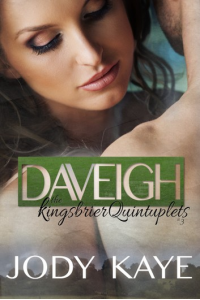 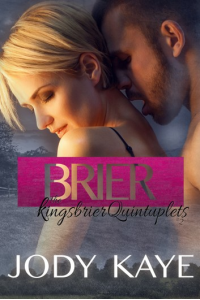 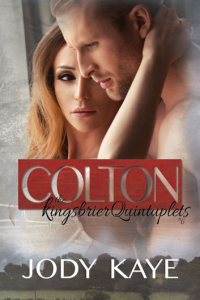 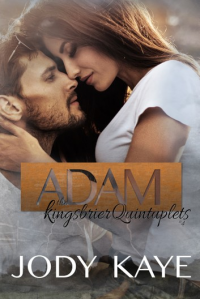