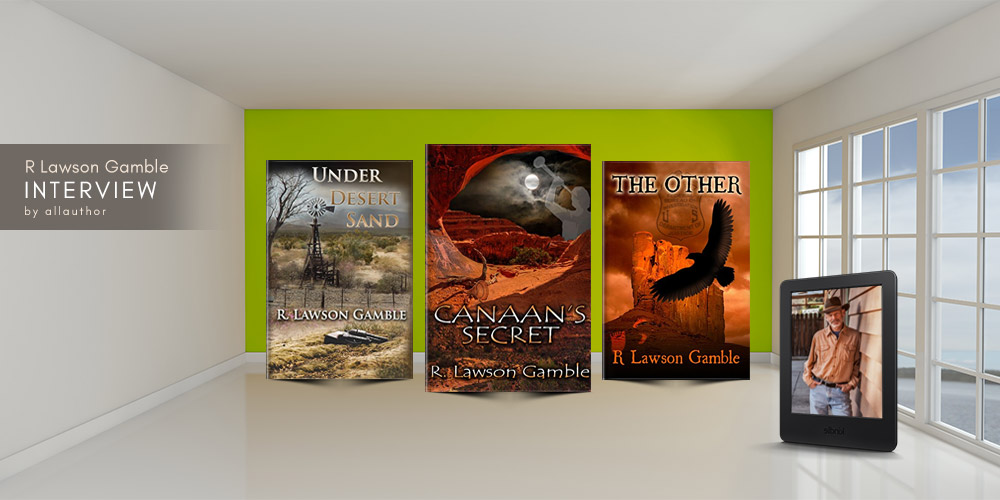 I spent my childhood in central New Jersey on 50 acres of land (yes, there are woods in New Jersey!), a book in my hand.

What was your relationship with books and writing growing up? When did you decide that you wanted to be an author?

After my father disabled our TV we had no choice but to read for entertainment. I enjoyed it. I did little writing, however. It was not until 2011 after two prior careers I took up writing.

What was the first book you ever wrote and what was it titled? Was it ever published?

The first book I ever wrote was THE OTHER. It was published in 2013 and became to my surprise the first in a series.

What characterizes a good book to you? In what ways do you try and make your books reach that mark?

A good book truly grabs you. I wrote THE OTHER because I couldn't find one to read that could. I try to write clearly and efficiently, leave as much as possible for the reader to own and imagine, keep the action moving and emphasize dialogue rather than narrative to do so.

Why do you write mystery? What first introduced you to the suspense/crime fiction genre?

Mysteries hide away from the reader, force us to pursue the answer, use our own imagination and creativity. Our world is a mystery from the moment we are born to when we pass to the next world. I have always responded to Sir Arthur Conan Doyle's Sherlock Holmes series. I'll never forget the chapter that ended with "They were the footsteps of a gigantic hound!".

What was it that inspired the Zack Tolliver, FBI Series? Does Zack Tolliver hold a special place in your heart, seeing as though he’s one of the first characters you created in the series?

I created Zack Tolliver in THE OTHER as an antidote to the FBI agents portrayed in Native American novels. I wanted him to be likable, sincere, truly struggling to grasp the concept of mysticism. I never intended to start a series; I was cajoled into writing the next Zack Tolliver, FBI novel. Zack is special to me, but no more than Eagle Feather, his Navajo friend. They are the Yin and the Yang.

How important is physical appearance to you when creating a character for a suspense book? If your characters were real, who do you think would be the best looking?

I do not emphasize physical appearance when introducing my characters. I don't want to steal from the imaginative powers of my readers. I sketch an outline, let their words and actions describe them. As to which character is best looking, it is all in the eye of the beholder.

In what ways did Zack grow from book 1 to book 6 and how does that follow with your own growth personally and also as an author?

Through the series Zack has grown in his spiritual understanding and acceptance of Native American cultures. Not so much his own personal relationships, other than his connection to Eagle Feather, who keeps him eternally in his place. His marriage to Libby almost runs onto the rocks, he has to learn to give sufficient time to his son, but he is sincere in his desire to improve. I too try.

What is the “Tales Of Yawa” series about? Do you prefer writing a series of standalones? Why or why not?

Yawa sprang from the story of the Australian family whose child disappeared from their tent during a camping trip. I was moved to tell the story through the eyes of the dingo, and create an anthropomorphic story from there, introducing human ideals through the actions of a group of Australian animals and their relationship to the human baby. It is meant to be a trilogy, although PAYU'S JOURNEY is a standalone. I prefer to write standalone within a series. I feel I cheat the reader otherwise.

Payu's Journey is set in Australia and features Australian animals. How much did you research for this book? What was the most unusual fact you read online while researching for the book?

Payu's journey required a lot of research. I knew little about Australian animals and spent a lot of time googling. For instance, could a human baby survive in a kangaroo pouch? Is the kangaroo pouch water proof? Mmm.

What inspired you to write “Los Alamos Valley?” For how long have you been living in Los Alamos on the Central Coast of California?

I had no thought to write LOS ALAMOS VALLEY until an Arcadia Press representative contacted me. Once I realized there was little written about the town and valley I became intrigued. I had been living in Los Alamos for just four or five years at the time and had just published THE OTHER. Coincidently, I had already done a fair amount of research on a local bandit, Salomon Pico.

How did you end up appearing in a documentary on Invitation Au Voyage for ARTE Europe? How was your experience?

A French film team from San Francisco contacted me in regard to the documentary for Invitation au Voyage. They wanted to do a piece about the Santa Barbara area and key it to a particular character. They apparently learned of my presentations on Salomon Pico, his relationship to the fictional Zorro, and perhaps some blogs I had written. I was able to fill in many blanks for them and ended up shooting in the Los Alamos area for a day. It was a great experience. The team was extremely talented.

Do you have a real life inspiration behind the character of Rancher Rufus Reyes? What inspired you to write it?

Rufus Reyes (ZACA) is not based on anyone in particular. He is more of an ideal in my mind, a kind rancher who takes a personal interest in his workers. I wrote ZACA because I live within the mountains and fields and towns I describe in the book. I have run the trails I describe, and have come across irrigation tubing from illegal grows. Panga boats end up on our shores. Interestingly, just a few weeks ago a Sheriff's Office Special Investigative Unit raided the Sierra Madre in the exact area I describe, descending from helicopters due to the rugged terrain. The illicit growers escaped along trails I imagined. I've wondered if someone in the sheriff's office read my book.

I find writing fiction more enjoyable than reading it. Once characters land on my page with their personality quirks and a certain character type they follow their own path through the story line. When faced with choices, they must be true to themselves. I never know where they will go.

Author R Lawson Gamble spent his childhood in central New Jersey on 50 acres of land with a book in his hand. It was not until 2011 after two prior careers I took up writing. The first book he ever wrote was THE OTHER which was published in 2013. The author finds writing fiction more enjoyable than reading it. He does not emphasize physical appearance when introducing his characters. R Lawson Gamble is an ardent historian and recently appeared in a documentary on Invitation Au Voyage for ARTE Europe. 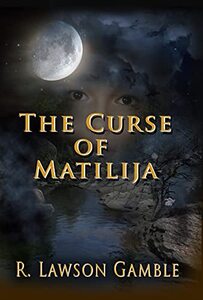 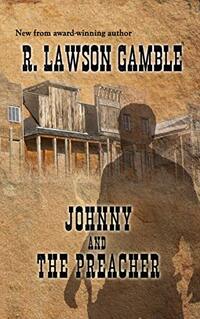 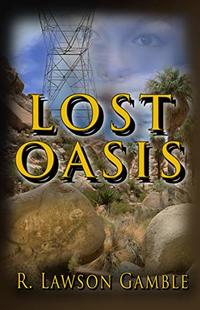 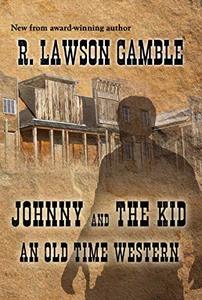 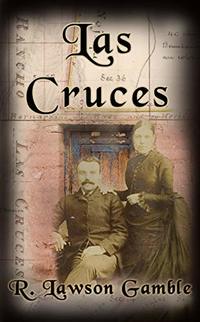 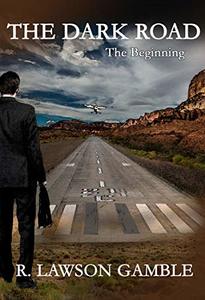 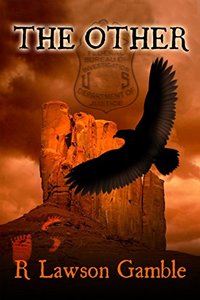 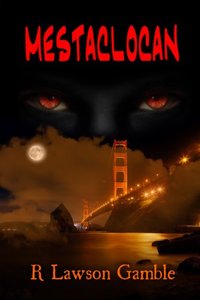 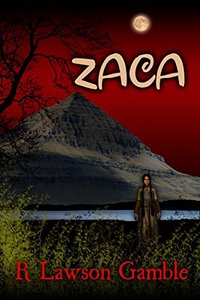 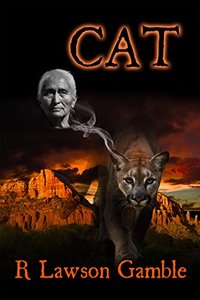 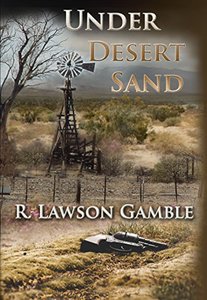 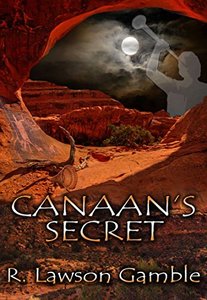 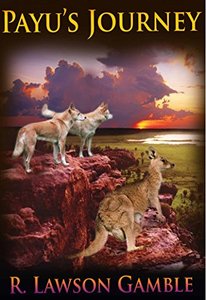 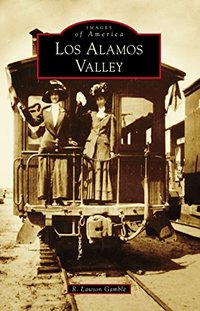