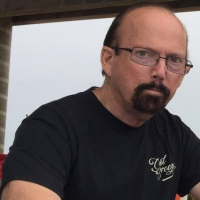 His lone play, Stage Directions, has been produced in the United States, Canada, and most recently at the Soho Theatre in London, England.

He has five books available on Amazon.com. One involves the perils of time-travel, another is a trivia book that tells how rock bands decided on their names, another is a cookbook made up of his grandmother's favorite recipes, another is a collection of 12 romance shorts stories, while the last one is comprised of ten short stories revolving around Detective Anderson and his cohorts.

John Darling has earned excellence awards over time. Here is the glimpse of the accolades clinched by the author. 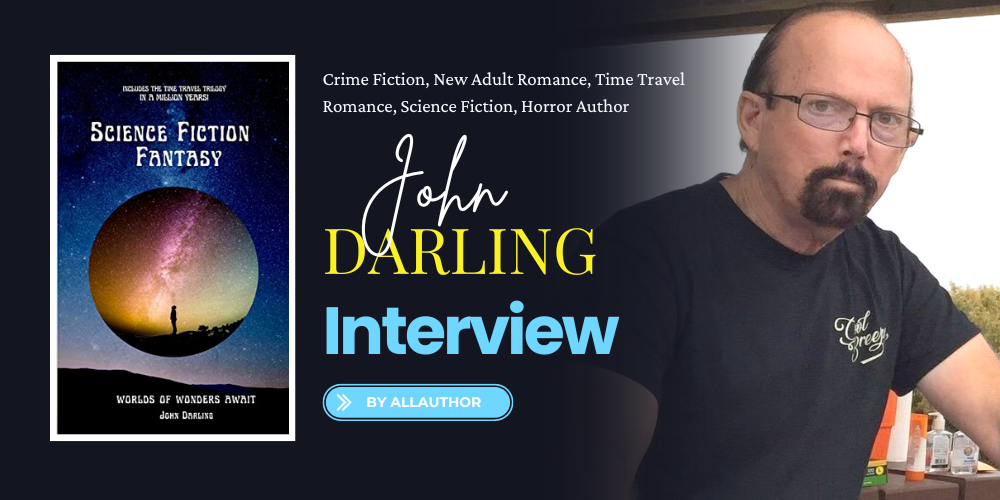 "John Darling grew up dirt poor in Phoenix, AZ. He started writing as a teenager to attract girls. His stories are just about people who meet and fall in love. He has been writing short fiction, articles, poetry, and short plays. He also gives talks on the subjects of writing and the creative process."
What was your childhood like? How has it been conducive to your career as an author?

I grew up dirt poor in Phoenix, AZ. I had to work for everything I have now. I started my first job when 14 years old, earning $1.00 an hour. Now I live in a seaside town in California, in my own house, have two cars, three bikes, and one cat. But I keep writing and keep working because the idea of losing it all keeps me motivated to make sure that does not happen.

Have you always wanted to be a writer or did the passion develop at a later age?

I started writing as a teenager to attract girls. I guess I was pretty good at it because other people, besides the young ladies, liked my work. So I started writing seriously because I do like to be the storyteller in the room.

Romance is just one of the genres I write, but I like writing it because all of my stories have happy endings. There are no tragedies, lovers triangles, or any of the usual plot lines you see so often. My stories are just about people who meet and fall in love. That should be enough.

What purpose does writing serve in your life?

It fills a creative void. I can't paint or draw, I am a decent dancer but not stage quality, and I would be a pretty good actor if I could remember my lines, which I can't, so I perform improv comedy instead. I have such an imagination, I think that if I could not write and express it, I'd go crazy.

What is it like to write a magazine article?

It is not easy as it seems. A good article is more than just a recitation of facts, it has to have the right angle. I once started an article about a 99-year-old man who voted for FDR all three times he ran but ended up writing about the man's 75-year pursuit to spread peace in the world. That article, which I called "The Professor of Peace" followed him for the rest of his life (he died at the age of 102) and helped people know of his quest. He was thankful for the publicity till the day he died. We also became great friends along the way.

How did you come up with the idea of your lone play, Stage Directions?

This play was, more or less, an accident. A few years ago an open mic poetry reading craze hit my town and soon, every little coffee shop and bakery was setting up stages for readings. I am a lousy poet and I know it but I am also a dynamic speaker and I am always looking for new ways to express myself, so I thought I would give it a try. One of the "poems" I wrote was a 32-line conversation, complete with stage directions, between a man and a woman discussing the reality of God. I never read this in front of an audience. Anyway, a few years later I heard of a one-act play competition being held at a local college, so I expanded this "poem" into a play. The judges were not impressed so I didn't place but since then it has been produced in at least 5 countries. This is why I always tell writers to never throw anything away, you never know what the future might bring, and failure often leads to success.

What is the process of writing a successful cookbook? How long did it take to develop the recipes? Are most of the recipes new upon the writing of the book?

I have no answers for this except to say having a grandmother that is an excellent cook helps. I did not create any of the recipes in my book, my grandmother did. She gave me a box of handwritten recipes when she had to move from her apartment to an assisted living home, so I wrote them up and distributed the cookbook to all my family members. Later, I started trying to get it published. I was happy that it was first published before she died so she could see how much the recipes were loved by all.

How did you come up with the title of your book, Anticipating Sunrise?

I think it is a haunting title which I lifted from a line spoken by the male lead in the story "Anticipating Sunrise". When asked why he was wearing sunglasses in the early dawn hours, he responded: "I am anticipating sunrise." This response intrigued the female lead and lead to them falling in love.

That depends on what books they read. I want my romances to make readers feel happy. In my crime fiction want readers to feel a sense of intrigue. In my sci-fi/fantasy, I want them to feel a sense of fascination and to feel that nothing in this life is impossible.

At the end of the day, what makes you most satisfied as an author.

The feeling that I wrote a good story that will move the reader in some way. Sales of books are secondary to this.

What social media marketing advice should new authors be sure to avoid?

I think Twitter is useless, but since so many other sites feed off of it, an author should still at least have a profile.

In my office with my cat on my lap.

Who or what was it that first introduced you to AllAuthor? What are your thoughts and opinions on it so far?

I came across AllAuthor while looking for new ways to market my books. What I like about it, compared to many other author promotion sites, is that with a pro account (which I recommend all authors to have) you actively work to promote books by Tweeting, having contests like the Cover of the Month contest, and by creating and posting very clever mock-up banners.

Have brimming questions to ask author John Darling? Ask whatever you like, but keep it appropriate.
** Please note that unanswered questions will not appear on the page. Refrain from posting promotional messages.

The author, a good book and you! Contact John Darling here.
** Please refrain from spamming and don’t bombard the author with promotional mails/messages. Your IP/Email address may be blocked if found doing so.