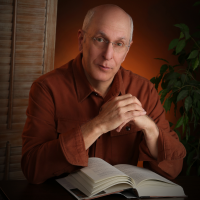 I retired from trial litigation in 2018. Over the previous three years I'd spent the little time I had writing First Second Coming, my debut novel and the first of a planned series.

In April, First Second Coming was nominated as a candidate to win the 2021 RONE Award in fantasy. In the same month, the novel was also featured on the CBS Morning News.

I guess I should've started writing fiction sooner, but that's life. Writing through retirement is a true joy.

Jeff Pollak has earned excellence awards over time. Here is the glimpse of the accolades clinched by the author. 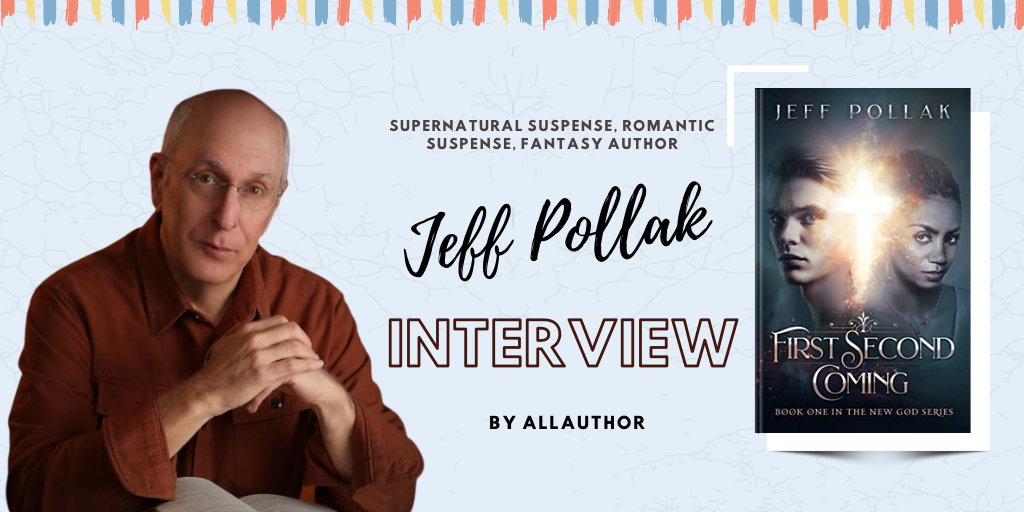 "Retired attorney, published author and a funny guy, Jeff Pollak has been a fiction reader all his life. His storylines are unique and interesting. Before retiring, and being an avid reader, the idea of writing fiction came to mind and was immediately recognized as the right thing for Jeff to do."
Raised in the Riverdale section of the Bronx, what did you learn from being raised by a single mom?

Self-reliance and self-motivation were two of the things I learned growing up without a father – mine passed away when I was three. I taught myself to swim and excel at sports, especially baseball. Learning by being observant became a habit. Self-motivation was inspired by the example of my mother, a high school graduate, who chose to go to college and earn a teaching credential while raising my younger brother and me so that we could be more financially secure. I later used that experience to attend law school at night while working full-time during the day.

What is a relaxing place to visit in Southern California?

Beaches stretch from San Diego to Santa Barbara, so take your pick. But if you’re not in the mood for sand and surf, try the botanical gardens. Desconso Gardens in La Canada, the Huntington Library’s Gardens in San Marino or the L.A. Arboretum in Pasadena are just some of choices in that category. Another option, the Missions in San Juan Capistrano, San Gabriel, San Fernando or Santa Barbara, puts the Spanish influence on California’s history on display. Hiking paths also abound through the San Gabriel and Verdugo mountains – Eaton Canyon in particular, if you’d like to relax and get your exercise in, too.

What is the most valuable thing you learned in law school?

I learned to think in a disciplined, analytical and objective way. Spot the legal issues, gather the evidence, consider the applicable case law and/or statutes. Reach the appropriate conclusions and devise your client’s case strategy from there. That progression also works for life in general.

How was The New God Series started?

The idea that we need a planetary turnaround specialist as our new god came to me while I watched the World Trade Center towers collapse on 9/11. I disregarded the thought at the time, but in 2015, as I sat at my computer facing a blank screen while waiting for inspiration to strike, it returned. A plot, the names and backgrounds of my two main characters and three possible endings spilled out. I feverishly typed all that up in a few hours. From there I had the genesis of my novel. I firmly believe the story chose me to write it, rather than the other way around.

What do you wish you had known at the beginning of your legal career?

How to write novels, of course! Actually, I wish I’d already learned everything I needed to know to pass the California State Bar Exam. I would’ve saved a lot of tuition costs and could’ve devoted all the time I spent reading legal textbooks on something more enjoyable, or at least more exciting – like fiction books.

What developed your passion for writing fiction?

I’ve been a fiction reader all my life. I think it began with the Hardy Boys series. Once I read The Hobbit and The Lord of the Rings trilogy as a teenager, there was no looking back. I was addicted to fiction. Retirement to me meant a ton of extra time to read . . . but also to write.

What challenges did you face while writing your debut novel, First Second Coming?

Really, the only challenge was finding time to write the book. My law practice was the priority until I retired in 2018. At times, usually during trials, writing even a single sentence of the story wasn’t possible. Other than that, writing the novel had no significant challenges at all. To the contrary, everything seemed to conspire to help me. Fairly early on, I started to hear the voice of my female lead character, Brendali Santamaria, in my head. She’d wake me up at 4 a.m. to narrate the next chapter, which I let her do even when my outline differed from her narration. And so many beyond belief coincidences occurred that I’m still amazed by them today.

What did it feel like to watch the World Trade Center fall on 9/11?

To an extent I probably had the same mix of shock, anger and revulsion that everyone else did. But I’d been in that building many times, as close in time to 9/11 as May of 2001. I had clients in the building and my law firm put on annual seminars each spring for clients in the NY/NJ area. I’d gotten to know some of the staff members at the conference center on the WTC’s top floor. I worried for those I knew, some of whom didn’t survive, and those I didn’t know.

When we read we connect with, or are at least intrigued by, the book’s characters. We want them to win the girl or the guy, to grow, to survive, etc. We relate to them to such an extent that these characters are no longer fictional to us. This exercise in empathy, by sharing our experiences and learning from theirs, is invaluable. Each book we read isn’t only an adventure, it’s a learning tool and a way to broaden our perspective.

Book covers are extremely important. Marketers put a lot of time, money and effort into enticing a buyer through an attractive package. Book covers do the same job, if they’re good enough. Whenever a potential reader encounters a book, the cover must stand out. If it doesn’t, the reader won’t give it any attention or gain any motivation to buy the book. As to the second part of your question, I only have one book published at this point. I collaborated with my publisher and its designer to create the cover, and fortunately it has done the job.

What are the best ways to promote your debut novel?

In this pandemic era the tried and true methods are no longer available - launch parties, book readings and book signings can’t be done. I’ve turned to radio and podcast appearances. It’s hard to track or quantify the sales, but word gets out to the world and, unlike readings, the interviews are taped, uploaded to the host’s website and made available for a prolonged period. I post them to my website, too. Book tours have become more important, as have giveaways and reviewer freebies made available on various websites that seek to connect readers to authors, such as BookBub, ProlificWorks or StoryOrigin. One can also advertise, whether on Amazon or elsewhere, but learn the ropes first.

What advice would you like to give writers who are struggling with their first novels?

Learn to manage the stress struggling brings on. One way to do that is to think of writing like baseball, a game that teaches players to handle failure. If your batting average is .300 – meaning you get a hit in only three out of every ten at-bats – you’re considered an exceptional hitter despite having failed in seven attempts. If you can succeed in your books at the same rate, bringing three of ten to fruition, you’ve done well. So don’t beat yourself up. Manage your expectations. No one said writing a novel is easy, don’t expect it to be for you.

What are you currently working on? May we know when we can expect the next book in The New God Series?

I’m working on two books, more or less concurrently. One is the sequel to First Second Coming, with Earth’s Peril as the working title. The other’s a spin-off, in that Earth’s new God is a character there, too, but the story’s otherwise unrelated. That one has the working title of The Recycling Center. These titles may change by the time the stories are published. As for when that will be, your guess is as good as mine. If anyone reading this wants to keep track of the progress of either book, go to my webpage (jeffpollak.com) and sign up for my monthly newsletter. I keep people updated, and once the book’s closer to final than it is now, I’ll provide a few early excerpts through the newsletter.

How did you first come across AllAuthor and what made you join? What are your thoughts on the website so far?

A member of my monthly critique group has been with AllAuthor for a while and recommended it to me. I didn’t immediately check into it, but once First Second Coming was ready for release I did. I was impressed by the utility tools, AllAuthor’s promotional efforts and the opportunity to expand my circle of author friends.

Jeff Pollak is a thinker and a doer. These are the quotes by famous personalities the author resonates with.

If you are going to achieve excellence in big things, you develop the habit in little matters. Excellence is not an exception, it is a prevailing attitude.
Colin PowellAttitude 110

Before anything else, preparation is the key to success.
Alexander Graham BellSuccess 105

I believe in God, but not as one thing, not as an old man in the sky. I believe that what people call God is something in all of us. I believe that what Jesus and Mohammed and Buddha and all the rest said was right. It’s just that the translations have gone wrong.
John LennonWisdom 4

Have brimming questions to ask author Jeff Pollak? Ask the author whatever you like, but keep in the appropriate zone.
** Please note, unanswered questions will not appear on the page and refrain from posting promotional messages.

The author, a good book and you! Contact Jeff Pollak here.
** Please refrain from spamming and don't bombard the author with promotional mails/messages. Your IP/Email address may be blocked if found doing so.