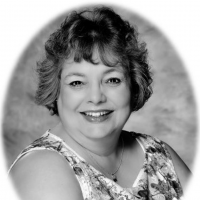 When not creating amazing new worlds for her readers to get lost in, Karen Hall enjoys spending time with her two rescue dogs; Sammie and Jake who are both chihuahua mixes.

Karen has been writing in various genres since 2017; although paranormal romance is her go-to genre, she also has two mysteries and a contemporary romance under her belt.

Starting her journey as a reader, one of Karen's favorite authors encouraged her to begin writing; with support from her family and husband, the stories started flowing freely.

All ten of her books are available through Amazon; where she publishes them exclusively. Pick up a copy and fall in love with her as an author today!

Stay in the know on books by K R Hall. See upcoming books and the bestselling by the author here. You'll Also find the deals on books by K R Hall.
** Please note that the information or price displayed here may not be the updated. Make sure to double check the latest book price before buying books to read.
** Importantly, there might be other books by K R Hall not listed on AllAuthor. 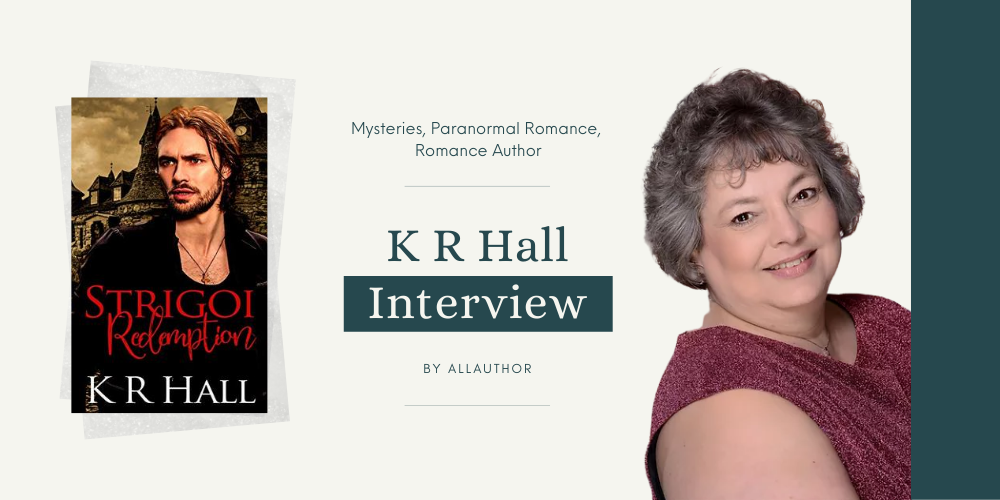 "K R Hall grew up along both the east coast and west coast. She writes paranormal romances with happy endings. Her book, Strigoi Redemption is based on a dream she had about a man who could make himself invisible. Her stories have great plot, characters, suspense, and love."
While growing up, which was your favorite place to be - the east coast or the west coast?

I grew up on both coastlines as my dad was in the Navy. I loved the west coast because there was no snow.

Where did you meet the love of your life and soul mate Tom in the early 2000s?

Tom and I met on Yahoo personals. We chatted for about six weeks before we first met in person.

What do you love the most about writing paranormal romances with happy endings?

I’ve recently written a mystery and a contemporary romance which made me love paranormal romance because I can make it all up. The others I had to research and make things realistic. Things happen faster in a paranormal romance.

How did you get addicted to dark and milk chocolate?

The biggest challenge was how to wrap it all up and make sure I didn’t leave any questions unanswered. I felt that Pickens needed to have an ending that would satisfy all of my readers.

It was also different to me writing a couple that were already mated. I decided to make their mating incomplete causing Ben and Sabrina to have to figure out why.

Who inspired the character of Arthur Johnson in "The Ladies Man"?

Jerry Lewis’ movie The Ladies Man is one of my favorites of his. It came out in the 1960s. The basic idea came from the movie. I tried to insert some of the movie ideas into the book.

How much did you research about strigoi while writing your book, Strigoi Redemption?

Oh, my goodness, there was a lot of research! Strigoi Redemption is based on a dream I had about a man who could make himself invisible as well as change into different creatures. So, the first thing I had to do was try to figure out what creature could so that. Strigoi are older than vampires. The Romanian folklore and legends are what inspired Bram Stoker to write Dracula.

I learned that Moldavia is a region in Romania while Moldova is a country. Moldavia is a historical region and former principality in Central and Eastern Europe, corresponding to the territory between the Eastern Carpathians and the Dniester River. Founded in 1359 dissolved in 1859. The western half of Moldavia is now part of Romania, the eastern side belongs to the Republic of Moldova, and the northern and southeastern parts are territories of Ukraine.

How did you begin writing the Black Bears of Independence series?

I had an idea to write a story for a couple of years, but never acted on it until I had a few “signs” that I should write. My first sign was talking to my friend Corbin who told me his ranch hands were named Cade and Jase. I joked that those were romance novel names. Then I was driving home and was detoured from my normal route and saw a senior living apartment called Corbin Manor. A story began slowly develop as I continued driving. When I arrived home, I talked to Corbin and asked him if I could write a story based on him and his ranch hands. The series was initially to have been about doctors who lived on a ranch. As I began plotting the story, they changed to black bear shifters who owned a dude ranch in the Colorado Mountains.

Once I changed the characters away from doctors, the rest of the story flowed. It took six revisions to get the version that is published.

What do you think most characterizes your writing?

When you're running low on ideas, what do you do, or who do you talk to for inspiration?

When my mom lived with me, I would talk to her for ideas. Sometimes I read or I pull up a different book to work on. I have also asked my followers in my reader group for suggestions.

What are the names of your two chihuahua mix fur babies?

Your latest Instagram post rightly says that the absolute best way to support your authors is to leave a review for them. Do you often leave book reviews for your author friends?

I was told that once I became an author, I couldn’t leave reviews on Amazon. I found out about a year later that, that was not true. Sometimes I leave a one line review.

If I am in love with a book, I will leave a longer review. I understand how important reviews are to author rankings on Amazon.

I’m finishing up The Ladies Man, which is due out September 25 th . If I finish edits earlier, I will release the book earlier.

I’m also writing the first book in the spin-off for the Black Bears of Independence series. Dylan and Caleb is my first M/M book and it should be released the end of December.

What’s the best way to market your books? How were you introduced to AllAuthor?

K R Hall 1 day ago
I loved this story! Genie is such a delightful character. I had a hard time putting this book down. The author did an excellent job building her world. The characters are memorable.
I was kept on the edge of my seat. There were even a few times that I was surprised. I can't wait for the next book from the author!

Have brimming questions to ask author K R Hall? Ask the author whatever you like, but keep in the appropriate zone.
** Please note, unanswered questions will not appear on the page and refrain from posting promotional messages.

The author, a good book and you. Contact K R Hall here.
** No Spamming: Spam is an irritant to regular users or the authors. Please note that bombarding promotional mails/messages is strictly prohibited. Your IP address may be blocked if found doing so.