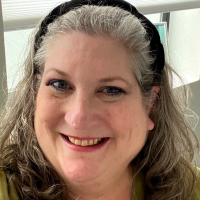 Sylvie comes from a line of story tellers and artists. For her to become an author was a natural progression, following family tradition. She thought at first she could be a lyricist but eventually realized that verse was not in her creative future. Switching to essay and then short stories, Sylvie found her passion.

Her first novel was supposed to be a short story. She found herself asking so many questions about the people and the setting that she decided to write it down and see what came out of it. She hasn't been able to stop since.

Sylvie has lived her entire life in the American south. She enjoys humor, gaming, gardening, reading and spending time with her family. 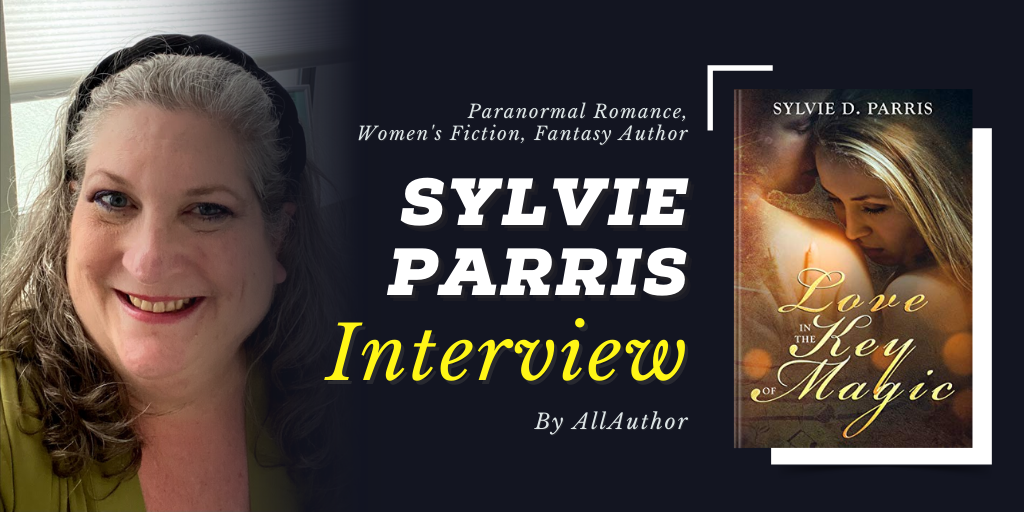 "Born in Kingsport, TN, Sylvie D. Parris is a published author enslaved by cats. Going to the school library for the first time was a nirvana moment for her. She enjoys humor, gaming, gardening, reading, and spending time with her family. Sylvie writes gripping family adventures with captivating plots and relatable characters."
Where were you born and where do you live now? Which place do you like better and why?

I was born in Kingsport, TN and currently live in Spartanburg, SC. In between I lived in Rosman, NC, a tiny village in the mountains. I admit that I miss living in the Western North Carolina area. It's so pretty.

Coming from a line of storytellers and artists, how were you first introduced to the world of books?

I know I was read to when I was small, and we did have a small collection of books at home. Going to the school library for the first time was a nirvana moment for me.

How was your passion for reading started when you were a young child?

Believe it or not, the Captain Kangaroo show sparked what would be a lifelong passion. What I remember most is his reading a book during each episode. I’ve probably read all of them myself and own a copy of one titled: Mike Mulligan and the Steam Shovel.

At what age did you begin writing your first story? What was it about?

It was a story about my being hired to keep a famous necklace from being stolen, and confronting the handsome suspected thief. He claims he’s not a thief, and right before he kissed me, he meows. It reveals how imaginative my dreams can be.

What are the challenges involved in writing paranormal romance novels?

Making the world where such a thing as magic exists and feels natural while considering possible benefits and drawbacks to the ability. The romance is part of the story arc, but I don’t rush the couple’s relationship.

What sparked the idea for your book, "Tapestry of Family"?

The Manet painting, A Bar at the Folies-Bergère. I wanted to know what the girl in the painting was thinking, then imagined her decades later. I use a fictional painting that is a major plot point and source of tension between two main characters.

How many books do you plan to write in the "Chronicles of Arowana" series?

I have three planned, the second should be released this summer, with the possibility of more in the future.

How did you come up with the unusual character names in the novel, "Ragan"?

When I choose names, I go to baby name and other proper noun listing websites, and find something that looks interesting. I often change a letter or two to make it unique. For example, the character Rognor was originally the benign Roger, just not quite the right name for an evil fire magician.

What is your take on the importance of a good cover and title? Have you ever designed any book cover?

I have bought books based on just the title, and I agonize over my own titles before picking one. Covers don’t intrigue me as much, but I know that for many it is. The photo for Tapestry of Family is of the driveway to my late grandparent’s summer cottage. I took it myself.

Have you ever modeled any of your characters after your friends or yourself?

If so, what did your friends think of the character? Rosalyn in Tapestry of Family is loosely based on my late paternal grandmother. She is the only one that has had a clear connection to any of the characters I write so far.

As a writer, how do you keep track of your story ideas and a vast amount of information?

Google docs houses all my early drafts, story ideas, connected photos, and useless debris I collect along the way.

If you could instantly acquire the skills of any writer who would you choose?

I don’t know. I’ve never thought much about it. I don’t aspire to be likened to another author, as I think we all have our unique voices. However, to have my books as popular as Nora Roberts would be nice.

Putting together and formatting the second book of the Chronicles of Arowana series, which is named Avengee. I’m also hovering around several other projects. I think I was a hummingbird in a former life.

I joined at the end of 2019. The experience has been very positive. I upgraded last year and enjoy the access to all the additional tools All Author has to offer.

Have brimming questions to ask author Sylvie Parris? Ask whatever you like, but keep it appropriate.
** Please note that unanswered questions will not appear on the page. Refrain from posting promotional messages.

The author, a good book and you! Contact Sylvie Parris here.
** Please refrain from spamming and don’t bombard the author with promotional mails/messages. Your IP/Email address may be blocked if found doing so.