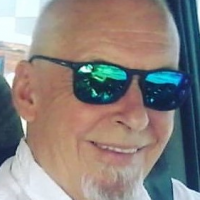 He is now a freelance writer, author and occasional contributor to HuffPost UK on undercover policing.

His memoir 'Undercover: Operation Julie - The Inside Story' is a frank account of his undercover detective experiences during Operation Julie - an elite group of detectives who successfully investigated one of the world's largest drugs rings. It became an Amazon bestseller on numerous occasions.

He was also a 2019 winner in the SIA Murder Mystery Short Story Contest for his 'The Rose Slayer.'

When he isn't writing, Stephen relaxes on the beaches of the Philippines with his family where he now lives, often with a book and cold beer to hand. 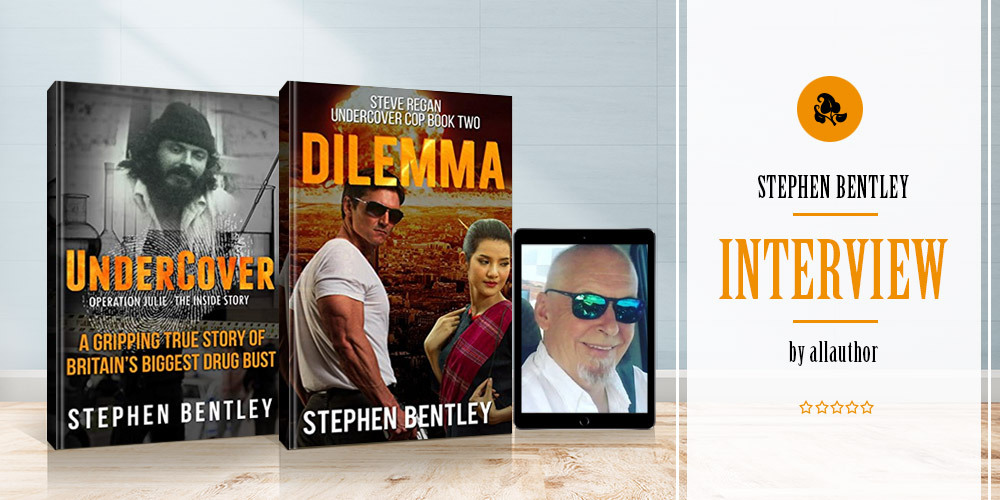 "Stephen Bentley grew up in the north of England spending time between a
home in Huyton, near Liverpool, and his grandmother’s home in
Accrington, Lancashire. As a child, he read everything including labels on
cereal packets. His favorite book from his youth must be Gullivers Travels
by Jonathan Swift. He was lucky with his first book. It was the non-fiction
memoir about his undercover days. He culls ideas from everywhere; news,
Facebook, Twitter, his memories, and more. His author website, Facebook
author page, Instagram, and Twitter are his main social media platforms to
promote his books."
Where did you grow up? What kind of child would you say you were?

I grew up in the north of England spending time between home in Huyton, near Liverpool, and my grandmother’s home in Accrington, Lancashire. I would say I was a lanky, awkward child lacking in confidence.

Who all are a part of your family? How did they react when you wanted to make the transition from being a police Detective Sergeant to be a writer?

My parents are both dead as is my brother. I have a sister who lives in the UK and I now live in the Philippines with my wife and her boys. I didn’t transition directly from Detective Sergeant to writer. I was a London barrister for fourteen years after I left the police force. It was only on retirement I became a writer. All my family and friends were delighted when I achieved success with my undercover cop memoir.

Being a HuffPost UK blogger, what are the elements of a good blog? What are your blogs about?

The key to any good blog is well-written original content. If the content is of interest to many or just a niche, that’s key too. I run two blogs. One is my site for all things to do with my expat Philippines life and the other is my author website. Becoming a HuffPost blogger or contributor is an accolade as it’s not easy to have posts accepted and published with them.

Where did you go to college and what did you study? How did that impact you to become a writer?

I didn’t go to college until I was in my late forties. I studied law at university in London. Once I had graduated, I attended the post-grad Bar Vocational Course at the prestigious Inns of Court School of Law in London. I became a barrister specialising in criminal law after that course. Impact as a writer? I would have to say I learned you are never too old to start something new.

Did you read while you were growing up? Which was your favorite book?

I read everything including labels on cereal packets! Seriously, I read widely because my father subscribed to Readers Digest. My favourite book from my youth must be Gullivers Travels by Jonathan Swift.

Who designs your book covers? How much time do you give to preparing the perfect book cover for your books?

At present Pro_Designer 123 from Fiverr but I keep trying to improve the covers. For my next book, I am using a pre-made cover from The Cover Collection. I don’t give enough time to this task as I so busy on other book-related tasks. That’s why a good designer is like gold to an indie like me.

How did you come up with the idea for Steve Regan Undercover series? What quality of Steve Regan's do you like the most?

Easy one. It’s inspired by my own true-life experiences as an undercover cop on Operation Julie, still Britain’s biggest drug bust even though it all took place in the 1970s. Regan’s humour. Typical dry Liverpool humour. By the way it’s ‘Raygun’ not ‘Reegan.’

Dilemma is an edgy, suspenseful tale with twists and turns plus a sprinkle of romance. How did you create a balance between romance and suspense in the story?

Hmm, good question. I wanted to set Dilemma in Thailand, a country I know well after I lived there for the best part of three years. Without any spoilers, I will say Fon, the Mama-san, is as much a main character in Dilemma as Regan. They work together and have feelings for each other. So, the balance was achieved by keeping them together as they encounter dilemma after dilemma [see what I did there lol].

If you could bring to life one character from all your books, who would it be and why?

John Barnard, the former SAS soldier in the Steve Regan series. He is based on a guy I once knew. Wonderful man, tough as nails and a good friend many years ago. Yes, definitely John. That was his real given name.

I cull ideas from everywhere. News, Facebook, Twitter, my memories, and more. Some I write down as an idea and others float around in my head.

Which of the books in the series Steve Regan Undercover Cop was the most challenging and fulfilling to write? Why?

Book One, Who The F*** Am I? Mainly because it was my first work of fiction.

Rivers of Blood is the gripping fast-paced series finale to the Steve Regan Trilogy. Did you always have an interest in undercover cop stories? What brought the idea of for the last book in the series?

Please see my previous answer about my undercover cop experiences on Operation Julie. The idea came from recalling the infamous ‘Rivers of Blood’ speech made by a controversial British politician many years ago. This final book in the trilogy deals with racism head-on in a fiction book. The plot is about a white supremacy movement plotting to assassinate a liberal Australian politician that leads to the discovery of a wider plot to overthrow the UK government. I wrote it before the terrible events in Christchurch, NZ. I abhor racism and I suppose I took this opportunity of making that clear even in a fast-paced thriller.

When it comes to book marketing and promotions, what were some rookie mistakes you made with your first one and what were the lessons you learned from that?

I was lucky with my first book. It was the non-fiction memoir about my undercover days. ‘Undercover: Operation Julie – The Inside Story.’ Everything went smoothly, thank goodness. However, my first fiction book was Who The F*** Am I? Book One in the Steve Regan series. The title was a mistake. I should have avoided the use of the F-bomb.

‘Mercy, a Detective Matt Deal thriller.’ A new character and a new series. It’s partly set in a dystopian post-Brexit Britain (hee, hee) and will also feature a strong female character called Wolfie Jules. Don’t you just love that name? I did, and I asked the user of that Twitter handle if I could use it as a character in my next book. She not only said ‘yes.’ But is now a confirmed fan of mine.

What are some tools you use for book promotions? How did you come to know about AllAuthor and what are your thoughts on this website?

My author website, Facebook author page, Instagram, and Twitter are my main social media platforms to promote my books. I have also started to use Bookfunnel and their promotions to increase my mailing list numbers. I have tried AMS (Amazon) and Facebook advertising but with some mixed results. I don’t like paying for ads because it feels like gambling my money in a casino. We know there’s only one ultimate winner there. The AllAuthor site is fantastic value for money. It looks professional and so easy to use. The GIF review maker is one of my favourite tools there. I got to know about it after I saw a social media post from an author friend of mine. I was so impressed. I tried the free version initially before paying a modest fee for the six-month Pro Author version.