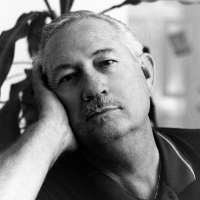 Western author, Stephen Burckhardt, was born in Wichita, Kansas. His family moved around quite a bit when he was young but always stayed in or around the Wichita area living in Goddard, Benton, Valley Center, and finally settling back in Wichita.

Stephen spent a few a years living on a ranch in Benton, KS. This is where he developed a deep love for all things western. It was on the ranch where Stephen learned to ride and care for horses, tend to chickens and cattle, drive a tractor, and shoot various types of firearms. Being a proud member of the Cherokee nation only deepened his interest in history, animals, and native traditions.

After earning a degree in journalism from Wichita State University, Stephen spent years writing for various publications and eventually worked for a news service as an anchor for their east coast news feed. Stephens sat in a broadcast booth eight hours a day Monday through Friday broadcasting headline news stories.

The job was depressing. Stephen spent his days talking for eight hours a day about war, murder, kidnappings, rapes, corporate polluting of communities, and so much more. He decided if he was going to have to have a career dealing with the worst events in world, he would rather have a job doing something to stop them instead of just talking about them. Stephen went back to school and earned his second degree in forensic criminology. Just as Stephen was beginning to look for a job with a crime scene unit, he had an accident that changed the direction of his life.

In 2004, Stephen endured seven surgeries in six months, six of which were brain surgeries. After the fifth brain surgery, Stephen developed a MRSA staph infection in his head and spent weeks in ICU barely clinging to life. At one point, he was not expected to survive. Miraculously, Stephen pulled through but spent the next five years recovering the traumatic ordeal.

Stephen was advised he would never be able to recover enough to go back to work or be able to live free of pain medication. He was advised to accept his fate and live on disability. Stephen refused to accept that prognosis and began to research his condition on his own.

​
After years of trial and error, Stephen was able to recover enough to return to work and was eventually able to work full time. About this same time Stephen was able to finally live free of prescription pain medication once more. Writing became an important therapeutic tool in an effort to retrain Stephens’s brain and slowly find ways to rebuild the connections that had been severed by the repeated neurological trauma.

In January 2013, Stephen met the love of his life, P.R. Burckhardt. In December of that same year, the happy couple was married at the Old Cowtown Museum in Wichita. The service was held in the Presbyterian Church on the grounds and was officiated by Stephen's mother. The reception was held in Fritz Snitzler's Saloon and was even interrupted by gunfighters. With the marriage, Stephen also became a parent to P.R.'s twin daughters.

Stephen only refers to P.R. by initials because P.R. works for a high profile consulting firm and wants to keep the couple's private life separate from business. Since Stephen shares a lot of personal information on his social media sites, the couple thought the use of initials for P.R. was the best option.

P.R.'s job requires the couple to live near an international airport. Because of this, Stephen and P.R. had to move away from Wichita after the wedding. With the move, Stephen had to rebuild his career once more. After discussing career options with P.R., Stephen decided to finally take a chance and pursue his dream career as an author.
​
​Stephen knew this career was going to be challenging. After surviving the brain surgeries, Stephen was left with significant brain damage. With greatly diminished short term memory, Stephen had to develop techniques to cope with the obstacles he now faced.

In 2014, Stephen began freelancing as a ghostwriter. One of his early assignments was writing a western for Luis Antwoord titled Western: In the Company of Thieves. It was after this project, Stephen developed an insatiable desire to continue writing westerns under his own name.

To reach a wider market, Stephen decided to write his books as serial novellas instead of full length novels. Each saga is divided into 5-6 novellas. To help make ends meet, Stephen works three days a week teaching English as a second language (ESL) online to children in China. Between writing, teaching, and building a home with the love of his life, Stephen's time is pretty full.

In 2015, Stephen and P.R. adopted a Russian rescue dog, Shaggy. Shaggy has been the perfect addition to their happy home.

Stephen Burckhardt has earned excellence awards over time. Here is the glimpse of the accolades clinched by the author.

Stephen Burckhardt is a thinker and a doer. These are the quotes by famous personalities the author resonates with.

Ending a sentence with a preposition is something up with which I will not put.
Winston ChurchillEnding 305

Solitary trees, if they grow at all, grow strong.
Winston ChurchillNature 229

Get your facts first, then you can distort them as you please.
Mark TwainFunny 227

Have brimming questions to ask author Stephen Burckhardt? Ask whatever you like, but keep it appropriate.
** Please note that unanswered questions will not appear on the page. Refrain from posting promotional messages.

The author, a good book and you! Contact Stephen Burckhardt here.
** Please refrain from spamming and don’t bombard the author with promotional mails/messages. Your IP/Email address may be blocked if found doing so.