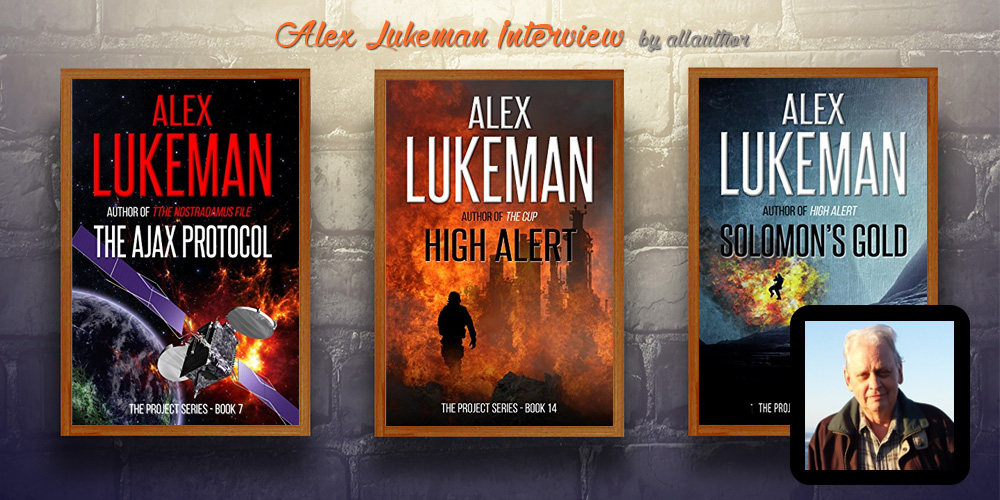 What kind of child would you say you were like? Where did you grow up and do you think your life would've gone in the same direction if you lived just a state over?

I was curious about everything. I was mostly brought up in New Jersey and Pennsylvania, in and near Philadelphia. I'm sure things would be somewhat different if it had been in another state.

What are some games you played as a child? Was joining the army always something you wanted to do?

I didn't always want to join up. I played cowboys and Indians, loved erector sets, comic books and trains, and was fascinated by American history (a great story, I still am).

How long were you a Marine for? What got you into psychotherapy?

I joined the Marines in 1958 and was honorably discharged in 1964. I was in the Reserves and never saw combat. Psychotherapy came much later and that's too complex to put here.

When did you make the switch from full-time psychotherapist to full-time writer? Who read the first draft of your first book?

It was not at the same time. I began writing full time in 2006. My wife read the first draft of White Jade.

Have any ex-military men or women read and reviewed your books? What did they have to say?

Several Vets/former military have commented on the books. They like them, and appreciate the no BS approach I take. I strive for realism and accuracy. Sometimes a non-vet will say he/she thinks something couldn't happen, but those people are wrong. Everything could happen, as described. I once had someone review White Jade (not a Vet) who gave me 1 star because he was certain no one could carry the weapons and equipment I gave the team a 17,000 feet. I gave then about 40-45 pounds. Sorry, I have carried 40 pounds at 17,000 feet (no weapons) and I was 50 years old, not in the kind of condition the team is in (it wasn't easy!). Many things in the books are based on personal experience. It adds realism.

Where did you get the idea for the intelligence unit "PROJECT"? Who are some actors you would love to see portray the characters in this team?

It just seemed like a good idea for a series. There are many secretive units out there to base things on. I wanted something that wasn't bound by the rules of the establishment. As to actors, that's hard. Maybe Matt Damon (Jason Bourne). No idea who could play Selena, but she'd have to be kick ass and smart.

What is the most fun part about writing The Project series? How do you maintain a steady amount of action and adventure in each and every book and keep it from getting dull or repetitive?

The fun part is when the action/characters speak to me. Then it writes itself. Not so much fun when nobody's talking… It's getting difficult to sustain the series after all this time (15 books). I'm working on # 16, Dark Phoenix. This may be the last in the series.

What is it about "The Tesla Secret" that you think makes it a bestseller? Could you tell us what you did to celebrate your book making it onto the bestseller list on Amazon?

I submitted the book in a legit contest and won the award for "Best Indie Book for 2013" in the Action/Adventure category. It's a fun book, based on facts. A bit far-fetched, perhaps, but still possible. What makes it a best seller is sustained sales and high rankings. Rankings fall off after a while…nothing is permanent in publishing. Best seller could apply to several of the books. Several have been on Amazon's "hot" list when they came out. All the books have sold many copies.

What are some of the weirdest things you've typed into the Google Search Engine while doing research for your book?

Searches range from mummies to laser weapons: anything and everything. Secret societies, weird weapons, exotic poisons, dangerous animals/insects: you name it.

What inspired you to tie together the Nazi period and the time of Jesus together in your book "The Lance"? How soon after your first book did you write this one and what are some major differences between the two?

The Lance is based on fact and history. Hitler did indeed steal the lance that is said to have pierced the side of Christ. Himmler used a copy in his Nazi rituals: or was it the real one? It is still possible that the Lance now in the Vienna Museum is the copy, not the real one… I wrote it as soon as I finished White Jade. The main differences are the addition of Lamont Cameron to the team and the development of the relationship between Nick and Selena, plus her addition as a full member of the team. It introduces some characters who come into play later on.

What do you think characterizes your writing?

Hard to say. I hope it's authenticity. I like to sneak in observations about society. I also like to anticipate real life events. A good example is High Alert, which pretty well predicts the current threat from North Korea. I wrote it months before that hit the news.

Who was the inspiration behind the character Selena Connor in "Solomon's Gold"? Do you think she would get along with Benjamin Gates from the "National Treasure" movies?

Sure she would. Selena loves all things historical and hunting for artifacts/treasure really excites her. There is no real person who inspired her. I pictured a woman who was…well, like Selena.

What are some common mistakes a lot of new writers make when they write action and thriller themed books? What are some mistakes you have made and how did you correct them?

One big mistake is inaccuracy, especially about military practice and weapons. Dialog can be really wrong for the situation, stiff. Failure to check for errors in spelling and punctuation. Grammatical mistakes, e.g., confusing "its" and "it's." Those are killers. Everyone makes mistakes, though. For example, I once put Fort Bragg on US Highway 101, even though I've visited the town many times and it's on California 1. That has been corrected. Self publishing means you can easily correct mistakes. Amazon KDP makes it easy.

Alex Lukeman is a former Marine. He played cowboys and Indians as a child but didn't always wanted to sign-up for the forces. In spite of that, he served in the marine for six years. Being in the reserves must have been the reason he never fought any combat. In his written pieces, Alex strives for realism and accuracy. Many occurrences in his books are based on his personal experiences, for example, "White Jade" as well as on facts and history like "The Lance". To him, his authenticity characterizes his penned work. He likes to sneak in observations about society in order to anticipate real-life events. For that reason, he would suggest to the budding authors of action and thriller themed books to be accurate about the work and do their research well. 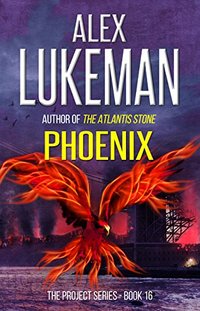 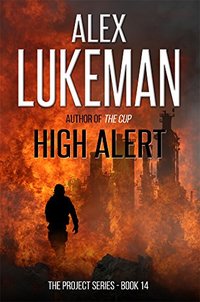 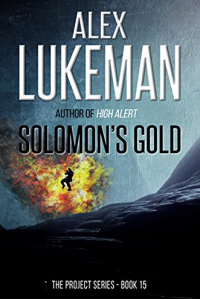 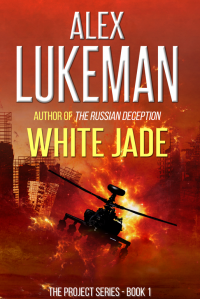 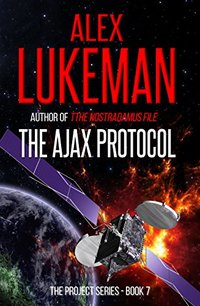 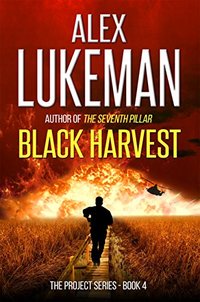 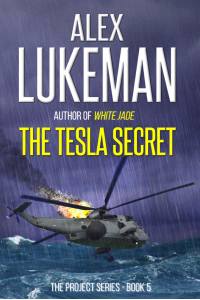 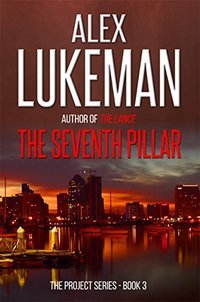 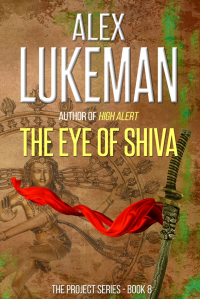 The Eye of Shiva (The Project Book 8) Genre: Thrillers 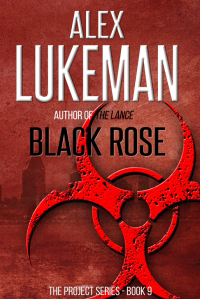 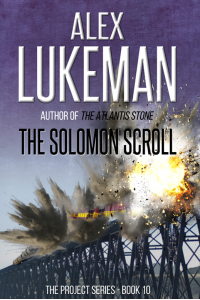 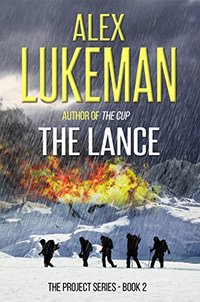 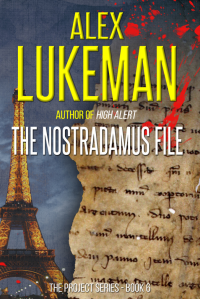 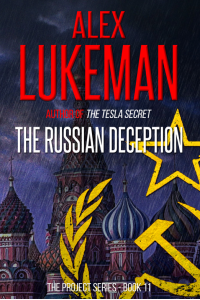 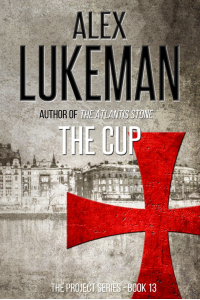 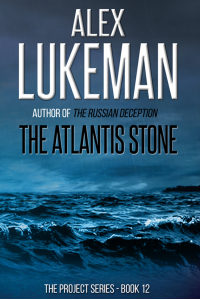