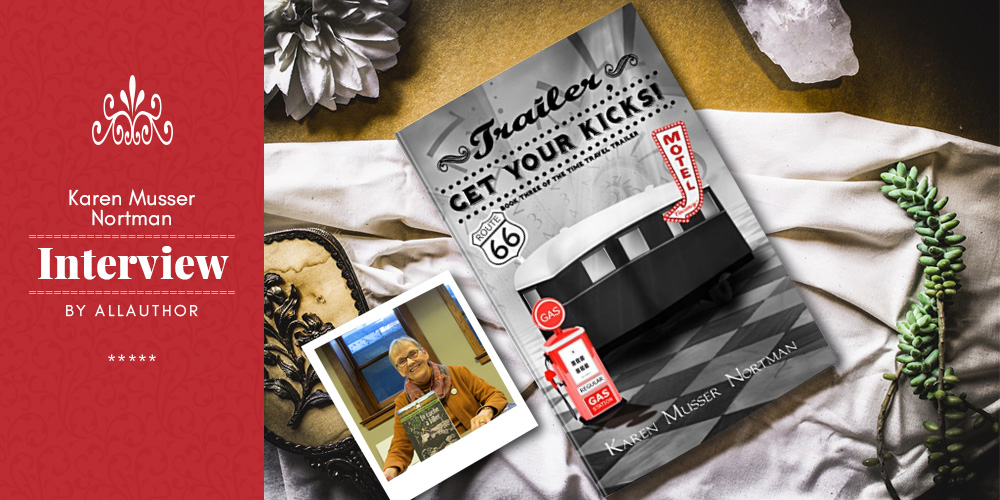 I spent my first twelve years in Wells, Minnesota, between Mankato and Albert Lea. We lived in a lot of different houses but all of my extended family on both sides lived in the same town--that was wonderful. When I was in fifth grade. we moved to Hampton, Iowa and most of the rest of my school years were spent there. I was the oldest of six children, so spent a lot of time babysitting. I got my BA from the University of Iowa.

When did you get into the habit of RV-ing and camping? What is the best camping trip you've ever taken?

We tent camped with our kids when they were young, but as they got older and busier, we kind of fell away from it. Later, when we wanted to get back into it, we didn't want to sleep on the ground so bought an used trailer.

We have had so many wonderful trips, it's hard to choose. Three years ago in the spring we headed south to Dallas (we have a son there), then east to Davis Bayou in Mississippi and Fort Pickens in Florida, both on the Gulf. We then headed to Georgia to see my sister and intended to come home through Tennessee. An ice storm forced us farther south and we ended up between Montgomery and Selma at a campground the week of the fiftieth anniversary of the march from Selma to Montgomery. So glad we were there. Last fall we spent time in the Michigan UP and the fall before in the Dakotas and Montana. But we've also had many great short trips near home with friends.

I always go camping for fun and relaxation but frequently there's something that triggers a book idea. The Blue Coyote and The Space Invader were inspired by actual experiences. Several of the campgrounds in the books are based onones we have been to.

What do you love most about a good mystery? What are some words you use that instantly create an air of suspense and anticipation in your books?

I have saying pinned to the screen of my laptop: Readers want to predict what will happen...but they want to be wrong. I am delighted when I come across a twist in a story that I never expected. In my books, I think the setting is especially crucial to suspense. Because they take place in campgrounds, the characters are often isolated and dealing with the vagaries of nature. I use setting rather than particular words to convey suspense.

When did you realise that writing was more than just a hobby? What are some obstacles you faced while trying to get your first book published?

I have always wanted to write, but as they say, life intervened. After I retired from my second career as a test developer, I decided to get back into writing. I finished Bats and Bones about eight months later and started looking for an agent. There was some interest, but I was really excited when a New York Agent who handles several cozy mystery series asked for the full manuscript. Then I read that the traditional process could take a couple years or so and I was 69 at the time. Self-publishing was just beginning to boom so I withdrew my manuscript from the agent and self-published. And I have published eleven more books since then.

What was the main idea behind making the time travelling device a camper/trailer in The Time Travel Trailer book series? Would you ever use time travel to go back and change a past event if you could, knowing full well that you may also change the future/present?

I became acquainted with the Sisters on the Fly and the Midwest Glampers, both groups of women campers, many of whom restore vintage trailers. Just stepping into one of those is like a trip back in time. About the same time, I read Stephen King's 11/22/63, where there is a time portal in an old diner/railroad car. I thought how neat it would be is the portal was in something moveable--a vintage trailer.

The more I write about time travel, the more I see the ramifications of trying to change things. One series I have started to read, The Time Rats by Lexi Revellian, takes place in the future when time travel has been perfected and an agency has been created to control trips to the past. If everyone was able to travel back any time and change things, think what chaos there would be. It is only logical that it would have to be regulated. So I think now, my answer is no, I would not change things.

Between Lynne McBriar and Frannie Shoemaker, which lady do you think bears more resemblance to yourself? Have you ever created a character that you don't really relate to but still understand?

Actually neither. Frannie is much less cautious than me. She was an only child (I am the oldest of six), she has natural curly hair, and she is more of a risk taker. We do have a few things in common--she is a retired social studies teacher and has a fear of heights. Lynne is much younger, but may be more like me, now that I think about it.

What do you think makes a character memorable? What are some ways you try to make yours stand out?

First, a character needs to have depth. When I started the Frannie series, I read a suggestion to select one of the sixteen basic personality types for a character and build him or her from there. It shouldn't be a rigid framework but a basis for the kinds of decisions, careers, and mates that person would be likely to choose. I developed a lot of background on my characters which doesn't all appear in the books but helps me know them better.

Second, they need to be realistic. The characters in the Frannie books are senior citizens and too many authors use stereotypes for people my age. Many have names, even, that are from a generation or two older than the character is supposed to be. They are all somewhat invalids and not active; they have no real interests. They often are autonomous with no intimate connections. The seniors I know are active parents, grandparents, spouses, and friends.

Third, I think humor is important. Humor is a coping measure that most people-- at least happy people--use to deal with the stresses in their lives. It's a way of relating to others that says "I am so comfortable in your friendship that we can exchange insults and laugh about it." It's also a way of showing that life goes on, even during a murder investigation.

What was the first idea that spawned The Frannie Shoemaker Campground Mysteries series? How many times did you revise the first book "Bats and Bones" before you were happy with it?

The camping mysteries came about because I was looking for a light mystery to download to my Kindle for a camping trip and thought a camping-themed mystery would be fun. There weren't any, and yet it's a great setting for a cozy mystery. Bats and Bones takes place in a park based on Maquoketa Caves, one of eastern Iowa's most beautiful and oldest parks. As with many beautiful places, there is an air of mystery about it with all of the caves. I revised Bats and Bones in bits and pieces so I really don't know how many full revisions I did.

The series already has seven books in it. Were you planning on so many books from the start or did it just sort of happen? How many more books do you plan to add to the series?

Actually there are now eight, plus a prequel. I planned the first three from the beginning. I don't have a definite number in mind; most focus on a different camping related activity: geocaching, flea markets, biking, or a county fair for example. I would like to do one about a barbecue contest and one about historical reenactments, so that's at least two more.

Have any of your mysteries ever been inspired by real life events or people?

Definitely. The idea for The Space Invader came about when we were traveling through New Mexico and were stopped in a roadblock looking for two escaped convicts. The police were searching trucks, trunks, and campers, thinking they might have stowed away. We always lock our trailer when we travel but sometimes we forget to lock the outside compartments. On that trailer, there were two compartments big enough for a person and the idea for the book was born.

If you weren't a writer and had to channel your ideas through another creative outlet, what would it be and why?

That's hard to say. I do a lot of scrapbooking, which is really another kind of storytelling so that would be my preference.

After writing so many mysteries, what have you found to be the best resources and habits for a successful writing session?

I need to perfect my habits, but I do most of my writing early in the morning. I do a lot of research on the Internet but also have gotten much help from individuals--park rangers, owners of Route 66 stops, and for my most recent book, one of the captains of the glass bottom boat tours on Lake Superior. I try to write about 1000 words a day. I am currently working on a new series about two seventy-something sisters who travel around the country together generally annoying their relatives and solving mysteries.

Our prestigious member, Karen Musser Nortman have always wanted to write but her life intervened. Later, after getting retired from her second career as a test developer, she decided to get back into writing. Of all her books, 5 mysteries and 2-time travel books have been designated IndieBRAG Medallion honorees while several others have been shortlisted in Chanticleer Review contests. Karen believes that for a character to be memorable, it should be realistic and must have depth. She spent her first twelve years in Wells, Minnesota and is now currently living in West Liberty, Iowa. 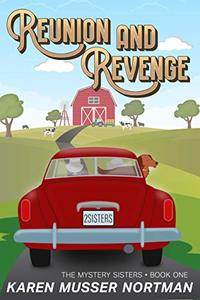 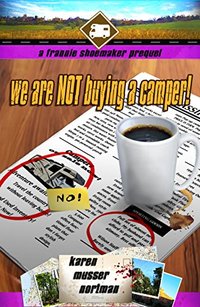 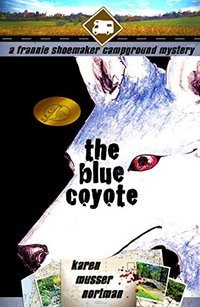 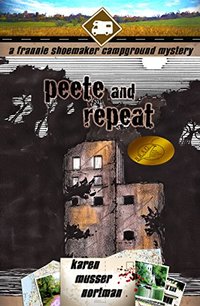 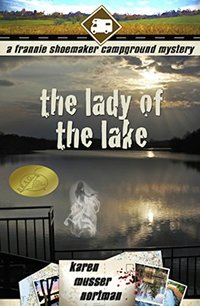 The Lady of the Lake: The Frannie Shoemaker Campground Mysteries Genre: Mysteries 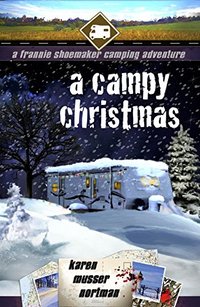 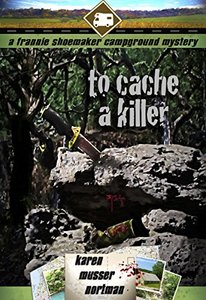 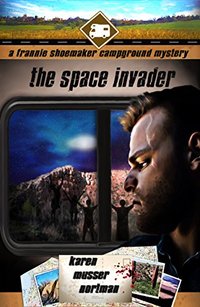 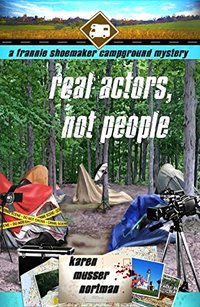 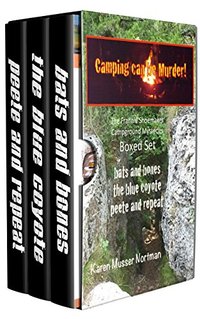 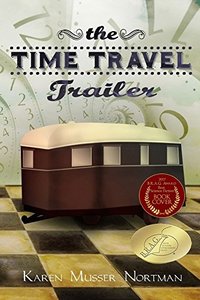 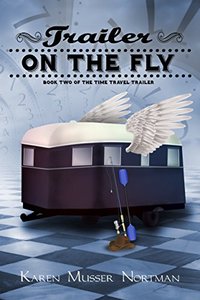 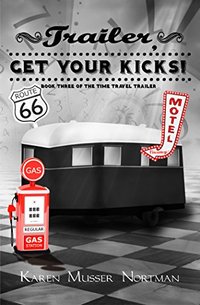