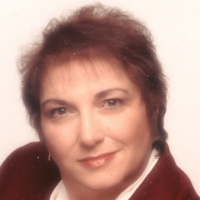 I was born and raised in a small historical town in northern Ohio. After having lived in various parts of the United States and for a short time in Germany, my husband and I have found our forever home in the Raleigh-Durham area of North Carolina.

I have two grown daughters, two lovely grandchildren, and a husband who supports everything I do no matter what it is.

When I'm not writing, thinking about writing, or plotting my next novel, I'm busy preparing a telephone Bible Study that's I've been doing for years.

A long-time lover of romance novels, I would like nothing more than to sit on a deserted beach somewhere sipping iced tea and reading to my heart's content. My husband and I travel to visit family and friends in my hometown where I browse and delight in my favorite library.

Seralynn Lewis has earned excellence awards over time. Here is the glimpse of the accolades clinched by the author. 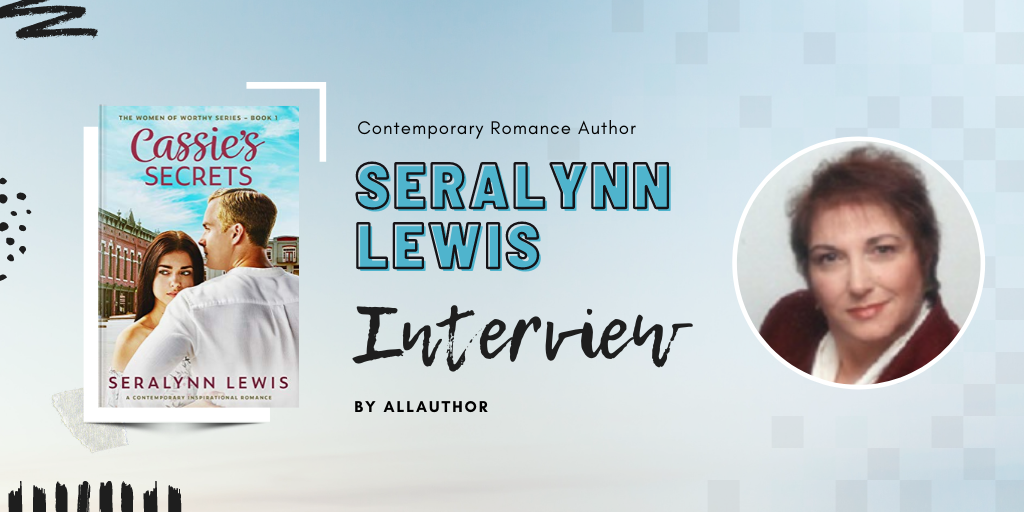 "Seralynn Lewis grew up in northeastern Ohio. The first story she read was part of the Encyclopedia Britannica for children. Her books are filled with so many loveable characters and a wonderful story line. She spend all of a Sunday afternoon researching and preparing for the Bible Study. A long-time lover of romance novels, Seralynn's next book will be out in the winter of 2021."
Tell us a little bit about your childhood and where you grew up.

I grew up in northeastern Ohio, an area where overcast weather prevailed for most of the year. The quaint village where I grew up was steeped in history. It was a stop on the underground railroad during the civil war and President McKinley was raised there. During the summer months, I spent a lot of time riding my bike with friends, playing kickball in the local church's parking lot, and going to the library. I sat on the banks of Yellow Creek and reading Nancy Drew and archeological mystery books.

Having lived in various parts of the United States, which is your most cherished memory?

My most cherished memory was having lived in California. I remember pinching myself and thinking, am I really here? It was a dream come true to have lived in California. My husband and I took weekend trips to Lake Tahoe, San Francisca, Napa, and Sonoma. I totally appreciated having those wonderful locales to travel to at a moment's notice.

What's the difference between 'general romance' and 'contemporary romance'?

The first story I read was part of the Encyclopedia Britannica for children. I don't exactly recall the title but it had something to do with 900 buckets of paint. It was one of my favorite stories as a child, along with Nancy Drew mysteries. I think a lot of women of my era were enthralled with them. A few years ago, I downloaded a Nancy Drew mystery from my local library and wanted to relive what it was that captured my imagination with the series.

How did you begin writing the Women of Worthy series?

This is a hard question. The first story was inspired by one scene that I worked on for a writing workshop I attended. It ballooned into a trilogy and there will be more than three stories. The series came about because I was told publishers and agents wanted authors who were capable of writing more than one novel. Essentially, it meant I had to write a series. And I needed a name for the series and it came to me one evening as I fell asleep.

Who inspired the character of fashion photographer, Mia Nardelli in "Mia's Irishman"?

This is also a really hard question. She evolved from a sister in Cassie's Secrets to the main character in Mia's Irishman. I needed an occupation that would have taken Mia away from her hometown, then I needed a backstory and that's how Mia's life in New York City began.

How did you come up with the story of the widowed business owner, Steve Nardell, and single mom, Cassie Verano?

This story started out as a single scene for a workshop and evolved. Both the widowed business owner and the single mom were in that scene. I won't tell you which scene, I asked my readers to guess which scene it was. (Hint: it wasn't the first scene.)

How much time do you spend preparing a telephone Bible Study that you have been doing for years?

Usually, I spend all of a Sunday afternoon researching and preparing for the Bible Study. We take off the month of December to focus on family and will return in January.

Are you, friends, with other authors? If so, how have they helped you in your journey as a writer?

I'm friends with a lot of different authors in different genres. I'm a member of two local writer's groups and have other author friends in the deep south, Chicago, and San Diego. They have all helped in one form or another. They have either critiqued my stories or have allowed me to critique and edit theirs. Having other authors to chat with on a regular basis inspires my imagination. There's a lot of brainstorming that goes on when an author is a part of a critique group.

What things should an aspiring author know about the book industry?

That it's incredibly difficult today to publish a manuscript through the traditional means of publication. Publishers require a platform before they will give you the time of day. They are in publishing to make money. If I were a lot younger, I would have exhausted every avenue of traditional publishing before I tackled self-publishing. But I'm not. So, for me, that was a huge consideration. Publishers also require their authors to market their books. As a self-published author, you're in charge of all of it: finding a great editor, awesome cover artist, a great book formatter, and a mechanism to market your books. Learning is key, but the story trumps all of it. If the story isn't any good, the rest doesn't matter.

Have your daughters read any of your books?

My daughters live in other parts of the country and have full and busy lives so they have the books but have not yet read them.

What was your reaction to being the 2020 Finalist Writer of the year?

Funny you should ask this question. I submitted the manuscript in November of 2019 and promptly forgot about it. I didn't know I was semi-finalist until another author friend told me about it...then I forgot about that when I made finalist. Too funny.

What are some habits that improved the quality of your life significantly?

Keeping my focus on the tasks at hand and completing them. If I have to do something and it's hanging over my head like a proverbial sword swinging to and fro, I lose focus because that one thing overshadows everything else. I also keep my eyes on Jesus. He gives me strength and that focus I need to keep going.

My next book, Kate's Quest, which is book #3 of the Women of Worthy series will be out in the winter of 2021.

I have enjoyed All Author and especially love the teasers, mockups, and giffies available. The stats are a huge help as well. I'd like to know more about how to market on the site. Marketing will be my focus for 2021.

Seralynn Lewis is a thinker and a doer. These are the quotes by famous personalities the author resonates with.

The prettiest smiles hides the deepest secrets. The prettiest eyes have cried the most tears, and the kindest hearts have felt the most pain
Smile 3,762

Every story has an end, but in life every ending is just a new beginning.
Life 3,697

Beauty attracts the eye but personality captures the heart.
AuthorCute 2,885

Have brimming questions to ask author Seralynn Lewis? Ask the author whatever you like, but keep in the appropriate zone.
** Please note, unanswered questions will not appear on the page and refrain from posting promotional messages.

The author, a good book and you! Contact Seralynn Lewis here.
** Please refrain from spamming and don't bombard the author with promotional mails/messages. Your IP/Email address may be blocked if found doing so.