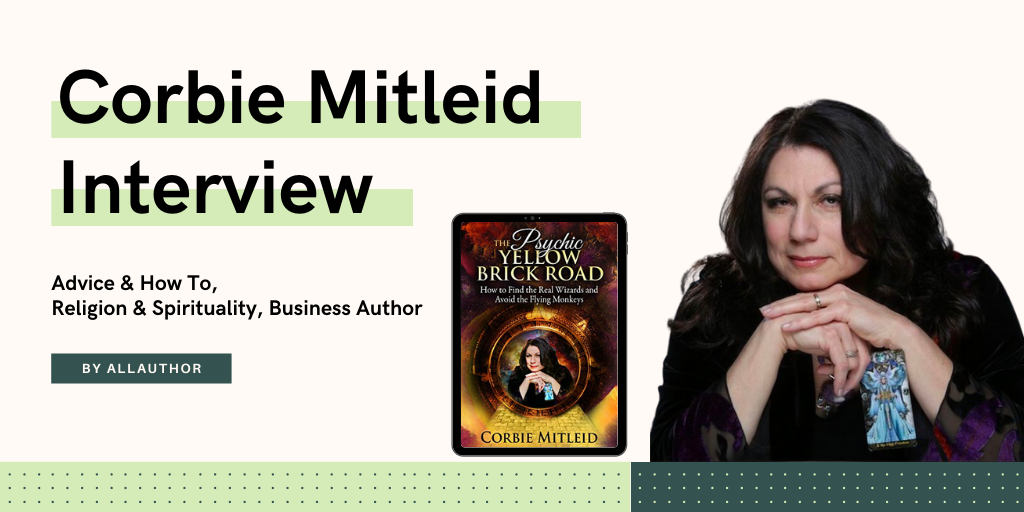 Being born in a complete medical family, how did your interest in writing develop?

While my father was a brilliant and insightful physician by profession, he always had a deep love and respect for the well-crafted story and the well-written word. He encouraged me to write, and when my talent for it showed up in my first stories at four, he pushed me to write something every day, even if it was just a paragraph or a description of an event.

In what ways have you always been "the different one?"

Everyone in my family was medically oriented: father and brother physicians, my mother a nurse. I had absolutely no call to the sciences, but instead was drawn to wordcraft, wonder and creativity. The dinner table conversation was always about patients, hospitals, research. I could have stood on the table and recited Shakespeare and no one would have noticed. My brother was the “good child” who followed in my father’s footsteps, and I was the impossible rebel and theatre major.

What made you decide to leave an Ivy League university after two years?

In the early 1970s, Brown University’s grading structure was extremely unorthodox: courses were simply pass/fail, and after you took eight courses in your major you could take anything you wanted to fill things in. There was NO traditional configuration whatsoever. I was never someone who studied well, and I chafed under the authority of academia I couldn’t relate to. If I had gone to a more traditionally structured university, I might have finished. But as it was, I was a fish out of water. I thought I would just take a year off, but I simply never went back. I have to say, I have absolutely no regrets.

What has kept you motivated while facing each new situation with strength, courage, and humor?

Because I am a teacher by inclination, any time I have a new situation that is difficult, I back up and say, “what can I learn from this? And what can I teach others from my experience?” I also understand that any situation is a NEUTRAL. It does not attack, it does not have a way that it wants to deal with you. It is your clear and decided response that makes all the difference. If you believe that you can find a way through or around it, do it. If you can’t, decide how you will meet it. Stimulus – belief – response

How much time did you spend researching for your book, THE PSYCHIC YELLOW BRICK ROAD: How to Find the Real Wizards and Avoid the Flying Monkeys?

None – and my whole career! The book came from twenty-five years of being a professional intuitive, and seeing every kind of client in every kind of circumstance you can think of. There are certain behaviors, questions, and situations that come up time after time, and those are the ones that I used as examples and teaching segments.

In your opinion, what is the best tip for being an A-list holistic expo vendor?

You have to straddle what I call “the twin mountains” – understand both your metaphysical offerings and solid business practices, and keep them well-balanced. Too often, people in these venues rely solely on one or the other, and they need to manage both. It IS possible.

I write the way I speak. I know what entrances my clients and audiences when I lecture and have people in sessions, and that’s what I enjoy expanding on. So far, there’s been nothing I’ve been drawn to write that hasn’t been on target!

What non-fiction books had a major impact on your life?

Happiness Is a Choice and To Love Is To Be Happy With, both by Barry Neil Kaufman Radical Forgiveness by Colin Tipping Stumbling Toward Enlightenment by Geri Larkin The Places That Scare You by Pema Chödrön

What made you get into Tarot reading?

When I was nine, I read a marvelous children’s book called The Witch Family by Eleanor Estes. Instead of thinking “ooh, that’s scary” or “ha ha ha,” my initial reaction was “…and your point is?” I knew there was magic in the world. I just had to find it.

Fast forward to 1973, when I was a senior in high school working part time at Spencer Gifts. That was the year the James Bond movie Live and Let Die came out, with Jane Seymour as Solitaire, the Tarot reader. Spencer’s carried the James Bond 007 Tarot Deck – and I bought it. After all, we were all hippies then!

What is something people don’t tell you about surviving cancer?

Well, for one thing I NEVER use the word “survive.” It sounds like someone is just hanging on by teeth and toenails. I tell people they are “cancer dancers” – they avoided getting their toes stepped on, found out how graceful they can be under pressure, and they got off the dance floor in one piece.

What happen after you’ve done the Dance is that you find you are automatically there for others when they get the News. You are a permanent volunteer and example.

If people would disappear and fade out if they have no motivation in life, what would you do to inspire individuals to exist?

I’d remind them: We only get one shot. People look at me and say “but… but… you see past lives! You believe in reincarnation!” And yes, I do. But here’s the thing: the SOUL comes down time and again, in different guises, to learn and experience and bring knowledge back for learning and development. The personality? Who you are RIGHT NOW? Only gets once. So experience every single thing you can, and take every experience and joy right down to the rind. My favorite saying comes from science fiction author Robert Heinlein: “To enjoy the flavor of life, take big bites. Moderation is for monks.”

When are you planning to publish the next book in The Self-Development Project?

The next one, entitled THE BIG REBOOT, is in progress now. However, with the world shifting on its axis via the Pandemic, climate change and the madness in many countries politically, the idea of the Big Reboot has come to have a whole other side to it, so we’re doing some rebooting of the original text!

Certified Psychic, trained medium and ordained minister, Corbie Mitleid is a helluva writer, storyteller, and psychic tarot reader. Her writing is personal and personable, open and witty, and effective in getting you to think. She knows what it is to create a career out of experiences. Corbie Mitleid has always been "the different one." Her book "Clean Out Your Life Closet" is truly a self-help book in the true sense. 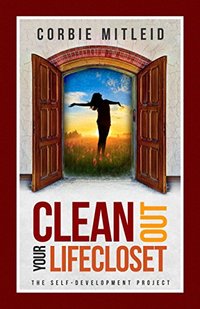 Clean Out Your LifeCloset (The Self-Development Project Book 1) Genre: Advice & How To 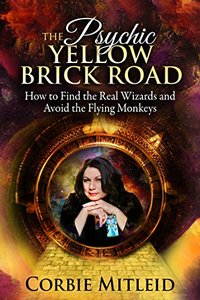 THE PSYCHIC YELLOW BRICK ROAD: How to Find the Real Wizards and Avoid the Flying Monkeys Genre: Religion & Spirituality 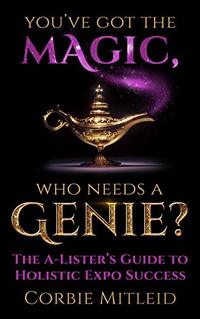 You’ve Got the Magic, Who Needs A Genie?: The A-Lister’s Guide to Holistic Expo Success Genre: Business